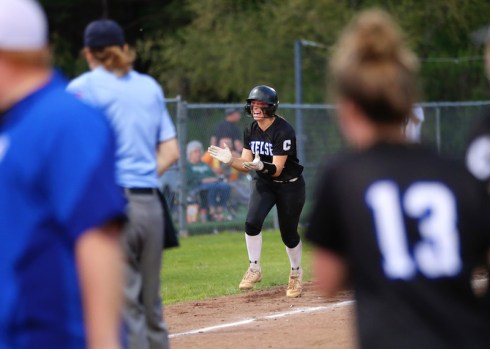 Chelsea’s softball team celebrates during their win against Mountain Brook on April 21, which earned the Hornets hosting right for the area tournament. (For the Reporter/Cari Dean) 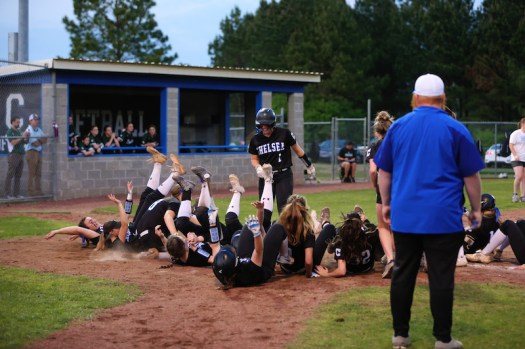 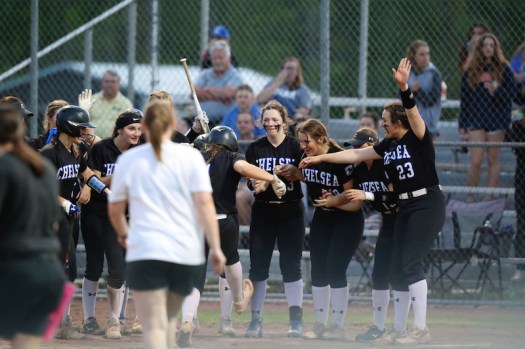 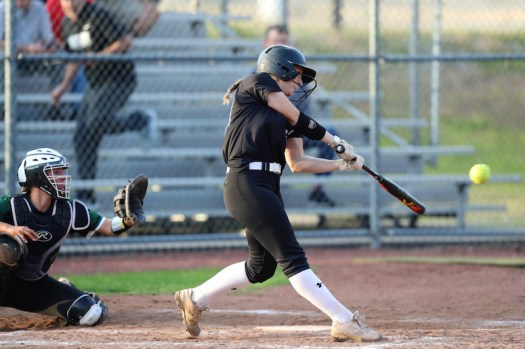 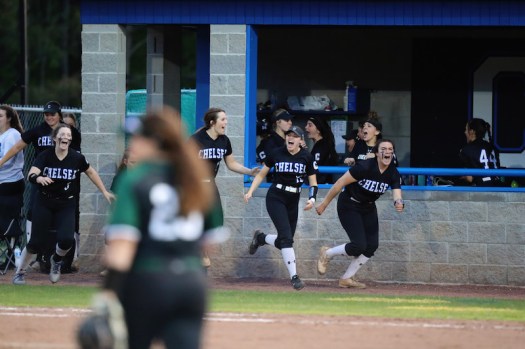 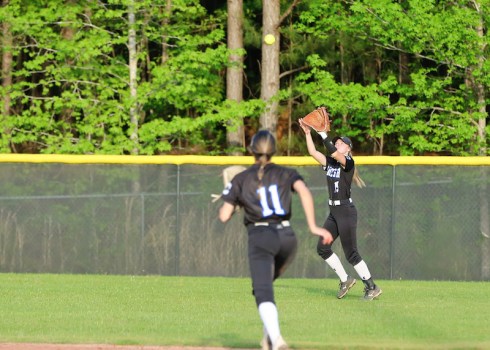 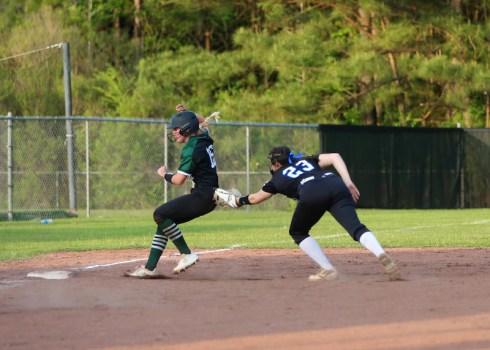 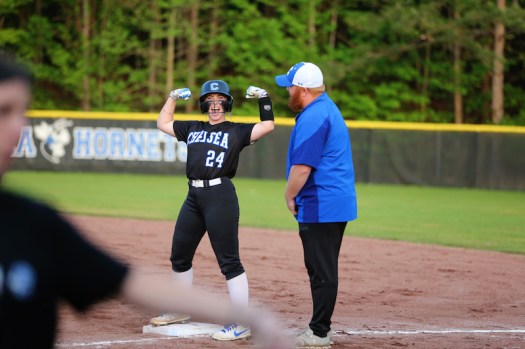 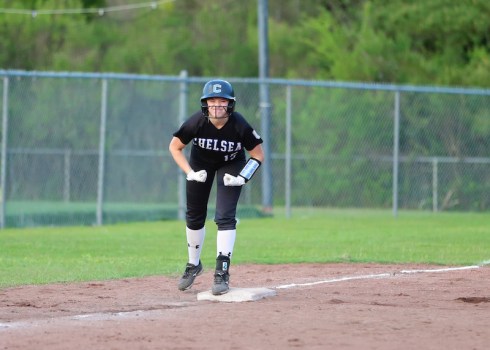 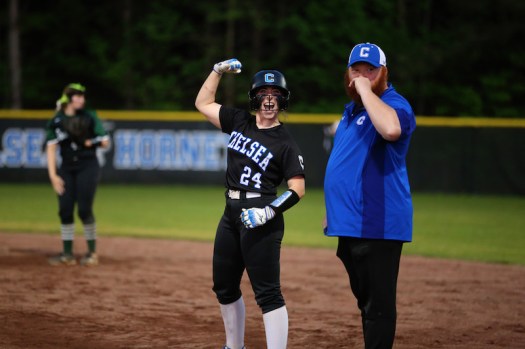 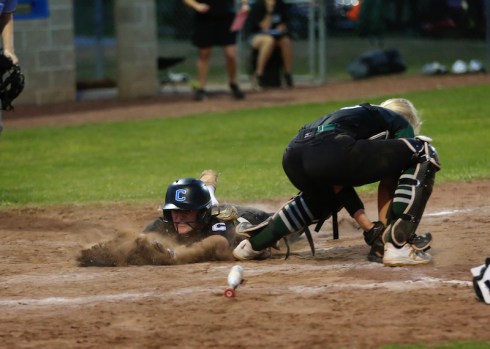 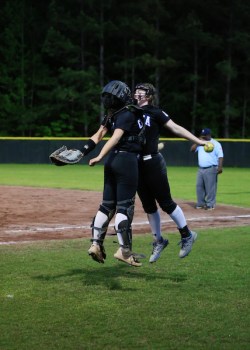 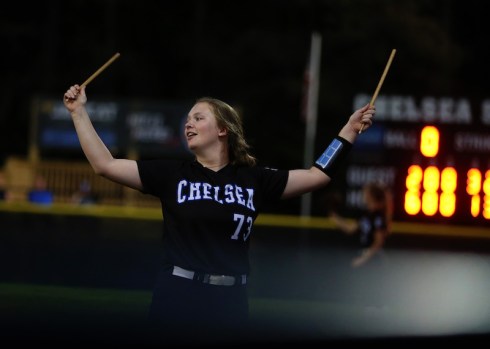 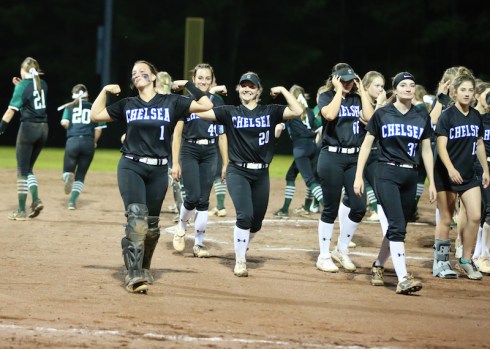 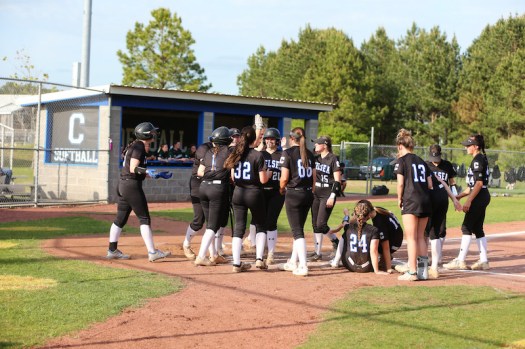 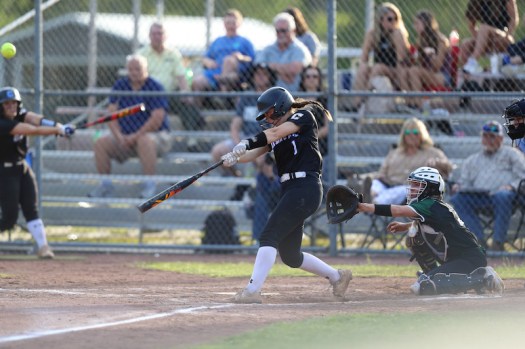 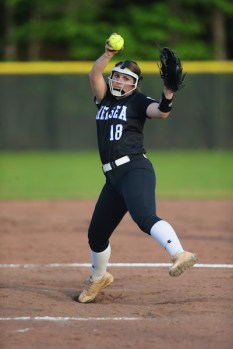 CHELSEA – For the second year in a row, the Chelsea Hornets will get to host the area tournament after a clutch win against area foe Mountain Brook in the final area game of the season on Thursday, April 21.

Hosting the Spartans with the regular-season area title, Chelsea started strong and finished even stronger en route to a 15-9 victory.

The Hornets fell behind 2-0 in the top of the first inning, but they didn’t panic and responded with a six run bottom of the first.

From there, Chelsea never lost the lead again.

The Hornets scored a combined eight runs between the fifth and sixth innings, which became the final straw in any comeback attempt for the Spartans.

Chelsea scored three in the fifth and five more in the sixth, while the Hornets scored in four of their six innings at the plate.

A big reason for the win were hot bats at the plate for Chelsea. The Hornets totaled four extra base hits and two home runs in the offensive outburst.

In the circle, Trout got the start and struck out four, giving up five hits and five runs. Maia Harris and Amacher finished off the game. Amacher closed out the final 1 1/3 innings and struck out two, allowing no runs on one hit.