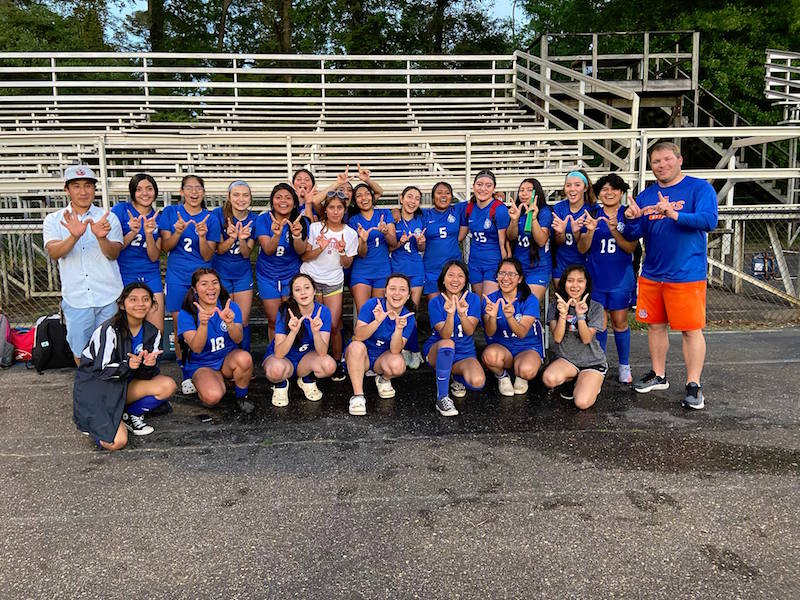 MONTEVALLO – After a second gut-wrenching loss to Sylacauga this season on Wednesday, April 20 that kept them out of the playoffs, it would have been easy for Montevallo’s girls soccer team to hang their heads, but the Bulldogs did just the opposite.

A night later against Chilton County on Thursday, April 21, the Bulldogs were back on the field determined not to leave a sour taste in their mouth at the end of a historic season.

With the willpower to finish the season on a positive note, Montevallo came out and capped off the best season in school history by beating the Tigers 6-1 for the team’s 12th win of the season.

The Bulldogs were able to finish the season 12-6, which set a new program record.

“Our girls have gotten better every single day and are committed to being successful,” said head coach Garrett Langer wrote after final win. “Their love for one another is inspiring as a coach. It’s always fun to coach a team where everyone gets along and genuinely cares about each other.”

A big reason for the historic season was Leila Mendonca, who isn’t just the top goal scorer for Montevallo but one of the top players in the state this year.

She put together an impressive five-goal night to cap off the season with 42 goals. That put her 20 goals higher than her season total of 22 the year before.

Throughout the season, Montevallo scored a combined 82 goals and gave up a combined 35 goals.

The Bulldogs posted six shutouts and gave up two goals or less in 12 of their 18 games this season.

They finished the season winning six of seven and seven of nine down the stretch, and while the two one-goal losses to Sylacauga sting, the season served as a foundation for a bright future.