Give us a new entrance to OMSP 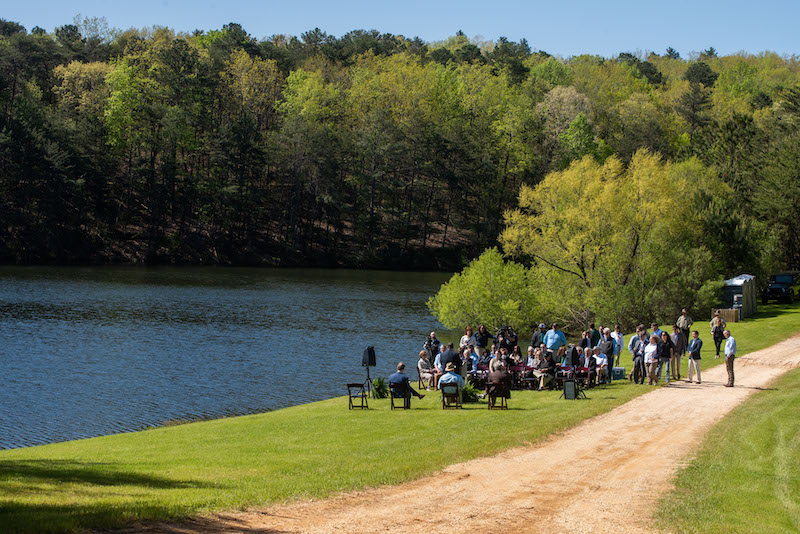 Cutline: Oak Mountain State Park is in need of an access entry near its newly-acquired territory along U.S. 280 and Shelby County 11. (Reporter photo/Keith McCoy)

It’s an exciting time for Oak Mountain State Park and its surrounding residents after officially acquiring more than 1,600 acres.

Now, it’s time to take the next step and give the people that live near the portion of the park benefiting from the acreage a new entrance.

Settled behind North Shelby Baptist Church off U.S. 280, the 1,644 acres of land is going to have hiking, biking and lakes for multiple recreation activities, but the current challenge is getting there.

For those who live in the Greystone, Chelsea and unincorporated areas of North Shelby County such as Dunnavant Valley Road and Alabama 119, they’re minutes away from the new land.

Most have to take the trek down 119 or Shelby County 11 to get to one of the park’s two entrances as is. To benefit from the new area of the park, however, they would not only have to make that trip to get into the park, but they would then have to basically drive all the way back to where the trek started to get to the new land.

But rejoice, talks seem to be in place for a new U.S. 280 entrance.

During a celebration for the new 1,644 acres on Friday, April 15, Chris Blankenship, the commissioner of the Alabama Department of Conservation and Natural Resources, said the plan is to open up access to Oak Mountain from the 280 side.

It was brought up a couple of times throughout the ceremony as a future project they are hopeful to complete.

With the park now amassing 11,584 acres of land in basically a rectangle area between Interstate 65 and U.S. 280 and Alabama 119 and Shelby County 11, it only makes sense to make it easier to access so the park’s beauty can be explored by nature enthusiasts.

Currently, one entrance is in Pelham near interstate 65, while the other is off Alabama 119 at the intersection of Cahaba Valley Trace.

The second of those two entrances is a good option for those who live on U.S. 280 and along the 119 area, but it’s not the best for anyone coming from the south, while it would still prove to be a long trek inside the park to explore the new acreage.

One of the most popular trends over the last two years, especially since the start of COVID, has been getting outside, and state parks have been one of the biggest beneficiaries of that.

On top of that, Oak Mountain remains one of the state’s best parks with some of the country’s top amenities when it comes to a state park, especially known for its mountain biking.

Now, there is even more to explore, and it only makes sense to maximize the number of guests able to visit the park by giving many in Shelby County easier access.