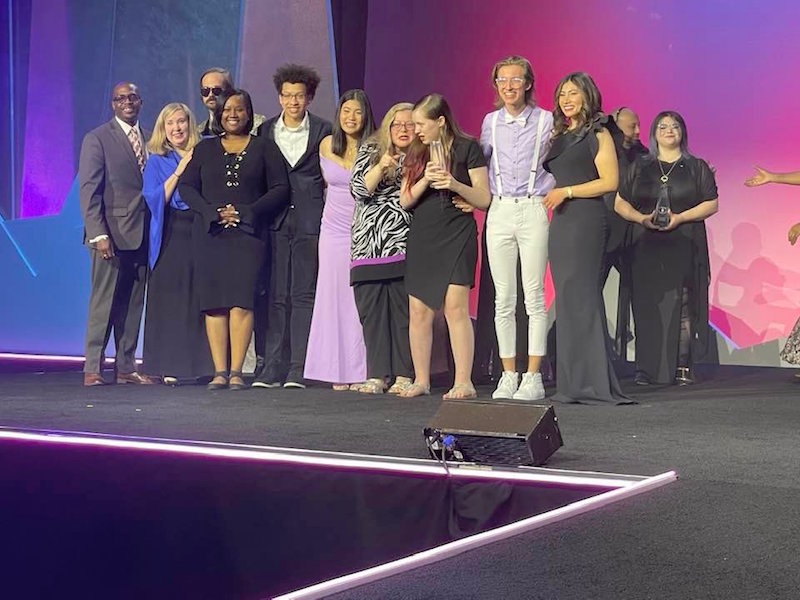 The chapter earned numerous awards, including “First Finalist to the Most Distinguished Chapter Internationally” out of more than 1,300 chapters worldwide.

“Phi Theta Kappa is the official honor society of two-year schools and it is the largest honor society in the world with more than 1,300 chapters,” Jefferson State’s Shelby-Hoover Campus PTK Advisor Dr. Liesl Harris said. “It is an honor to receive any awards during the convention, but for our chapter to achieve this level of success, it is quite an accomplishment.”

Phi Theta Kappa Honor Society is the oldest and most prestigious honor society for students seeking associate degrees and credentials from community colleges and other open-access institutions, with 1,300 chapters on college campuses in all 50 of the United States, U.S. territorial possessions and 11 sovereign nations. More than 3.5 million students have been inducted since its founding in 1918, with approximately 130,000 students inducted annually.

The chapter earned the following awards:

• First Finalist to the Most Distinguished Chapter in Phi Theta Kappa (ranked No. 2 out of more than 1,300 chapters)