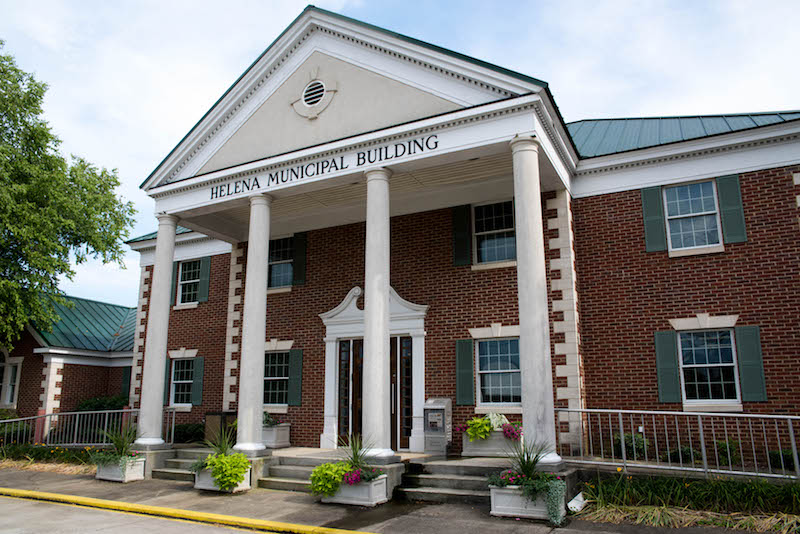 HELENA – The City Council chambers of Helena City Hall were packed with Helena residents at the Council’s regularly-scheduled meeting on Monday, April 25. The hot-button issue of the evening was a rezoning ordinance involving South Shades Crest Road.

The ordinance called for a rezoning of a property along South Shades Crest Road for the purpose of turning the property into a 20-unit multi-family condominium complex. The request was put forward by Zach Parrish, the owner of Parrish Building Company, LLC.

The ordinance had been denied by the Planning and Zoning Commission at its meeting on Thursday, April 21.

The Council opened the floor to hear input from residents who were either for or against the ordinance.

“A development of this type, to me, is a big concern because it is totally out of character with anything in the area for miles in any direction,” Helena resident Terry McElroy said. “I just wanted to reiterate, that is my biggest concern. Traffic and septic issues are, of course, a concern, also, but I do believe this will affect our property values.”

William Davis, another Helena resident, said his street was against the proposal.

“We’ve been in Helena now for about five years, and we asked for that,” Davis said. “You’re doing a great job as a town. We, on our street, and myself oppose any multi-family dwellings down in South Shades Crest. It is not consistent with what the area was built up to be. It is a single-family road.”

Many residents took to the podium to relay alleged deterioration and poor upkeep of property owned by Parrish.

“When I moved into the area, Zach Parrish was the manager of the Sterling Lakes, LLC., and it was in such a state of disrepair that we [the residents] have tried cleaning up that neighborhood,” Helena resident Ellen Kiser said. “There were issues with infrastructure and concerns about safety. There were a lot of homes left unfinished and a lot of homes with liens on them that couldn’t close.”

One woman became overcome with emotion while expressing her opposition to the rezoning ordinance.

“It would be a shame to rezone this area for condos that are out of touch with the neighborhood,” she said. “I want to go on record as being opposed to this. I want to ask you all to be good stewards of the citizens and neighbors of the area who live in these places.”

After several people stepped forward to share similar sentiments, Council President Alice Lobell asked for a show of hands for those opposed to the ordinance. Almost every hand in the room was raised.

Parrish also spoke to the Council in his own defense to deny the accusations made toward his property management and business.

“I’ve made every effort to try and help with the homeowners who have come and gone within Sterling Lakes,” Parrish said. “I don’t appreciate this painting of a picture of me that’s been provided here. If you’re against what I’m proposing here, that’s fine, that’s okay. Be against it, but don’t come here and attack me.”

The Council unanimously denied the ordinance, at which Parrish expressed he would explore other options for his proposal. It was declared that Parrish would have six months to resubmit his proposal if he so desired.