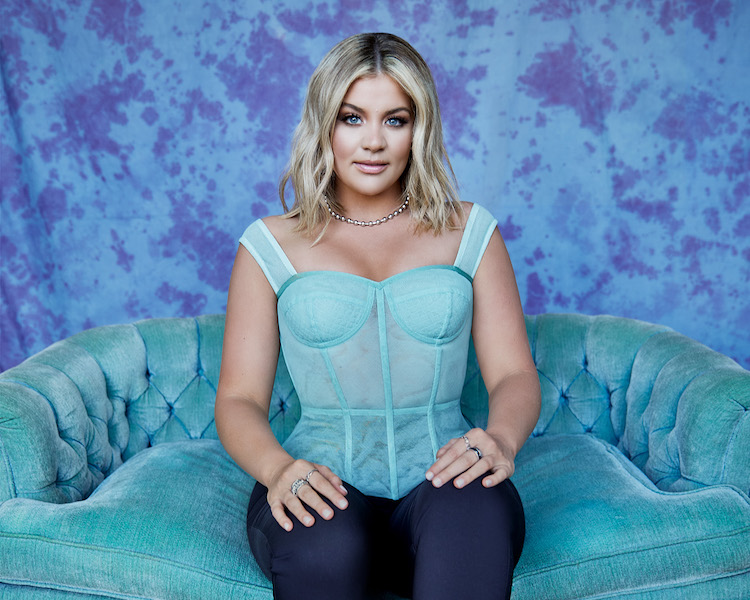 Lauren Alaina will be the headline act at this year's Alabaster CityFest set for June 5. (Contributed/City of Alabaster)

Set for Saturday, June 4 on the front lawn of Thompson High School in Alabaster, the event will feature headline musicians, regional music, food trucks, vendors and much more during its return after a two-year hiatus due to COVID-19.

“The Arts Council has missed being able to host Alabaster CityFest for the past two years due to the COVID-19 pandemic,” said Alabaster Arts Council President Adam Moseley. “It gives the community an opportunity to gather for some great food, family fun and incredible music. We are excited to offer this in a time when people are ready to gather for big events and concerts again.” 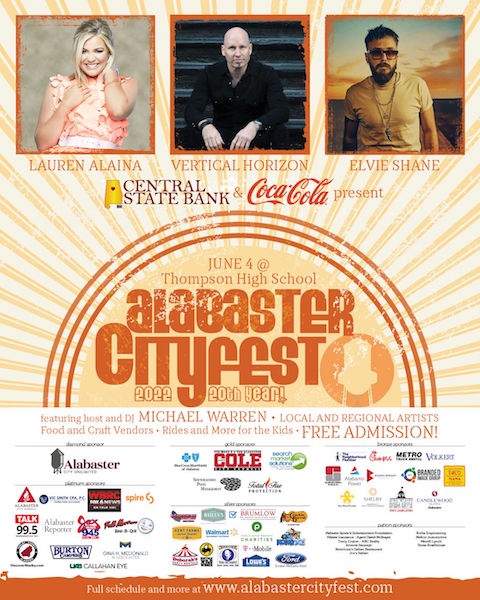 Central State Bank, Coca-Cola and the city of Alabaster are among the sponsors for the event.

“The city is a proud sponsor of Alabaster CityFest,” said City Councilmember and Arts Council Vice President Jamie Cole. “The music lineup is diverse and represents some of the best up-and-coming artists as well as some classic favorites.”

Lauren Alaina leads this year’s lineup as the main headliner at 9 p.m.

Now 10 years into her Nashville career, Alaina is in the upper echelon of country music’s most authentic voices, beloved personalities and open hearts,” read a press release from the Arts Council. “She’s earned a reputation as one of the genre’s most compelling storytellers by boldly incorporating her struggles and heartache into her critically acclaimed first two albums. Alaina’s third studio collection, Sitting Pretty on Top of the World, is an artful evolution of immaculately penned, unflinching reflections of the mountains and valleys on her journey.”

Vertical Horizon, who will perform ahead of Alaina at 7 p.m., has been making music for more than two decades.

In 1999, they released their breakout album, Everything You Want, which went on to sell more than 2 million copies. The second single off the CD, the title track “Everything You Want,” captured the top spot on Billboard’s Hot 100 and Adult Top 40 charts, and became Billboard’s Most Played Single of 2000. In February 2018, Vertical Horizon released their latest album, The Lost Mile.

Elvie Shane will take the stage ahead of Vertical Horizon at 5 p.m. Shane is the man behind the most heartwarming hit in recent memory – the lump-in-your-throat anthem to step-fatherhood, “My Boy.”

“With Backslider, his full-length album debut, he is racing up the charts and racking up followers on social media and streaming services,” read a release. “One of the breakout stars of 2022, Shane just recently played what will be the first of many Grand Ole Opry appearances.”

Alabaster CityFest will open at 9 a.m. and will feature other local and regional music acts throughout the afternoon, culminating with the headlining acts beginning at 5 p.m.

For a full lineup as it is announced, visit Alabastercityfest.com/schedule.

KidsFest will return with rides and activities for the whole family throughout the day as well, while the Cruise-In Car Show is also back. Vendors and food trucks will be on site throughout the event.

“This is a great opportunity for local businesses to be a part of a big event after a long break,” said Arts Council Vice President Camille Herron. “And we encourage those attending the event to support our sponsors; we couldn’t make this happen without them.”