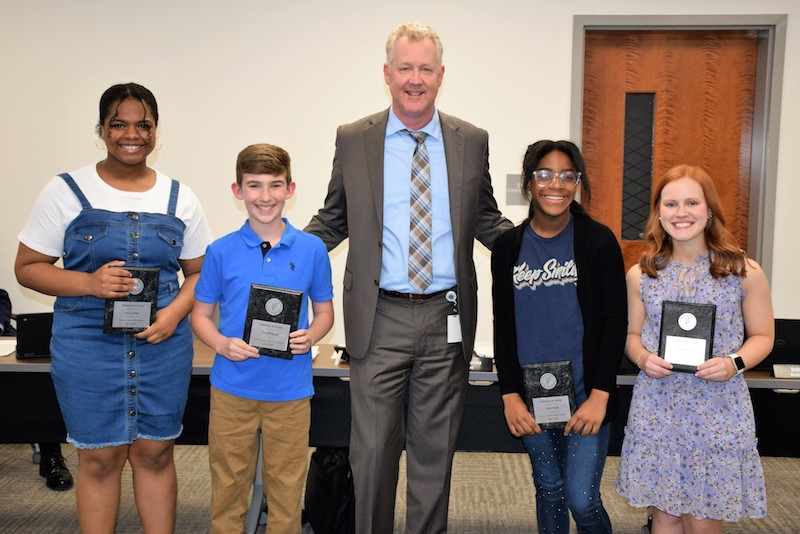 The Pelham Board of Education honored four students from various Pelham City Schools with Character in Action Awards. The awards highlight students who show excellence in character and involvement in community. (Contributed)

PELHAM – The Pelham Board of Education spent its regularly-scheduled meeting on April 25 celebrating the excellence of Pelham City Schools.

After honoring Betres for his accomplishment, the BOE began the presentation of the Character in Action Awards. The awards are designed to recognize students who make good choices in representing their school system through hard work, perseverance and positively impacting their school and community.

“The more I’ve been around this program, the more I realize what a big deal it is,” Coefield said. “This is one of our, to me, one of our highest honors that we give out in our schools when we recognize students every year.”

The following were students honored with the Character in Action Award:

“I think it’s important that all of our winners tonight know how very, very proud the Board of Education is not only of your achievements, but just the kind of people that you are,” Board member Rick Rhoades said. “You’re just tremendous examples and great role models for everyone. You’re to be commended for what you’ve done and we are immensely proud.”