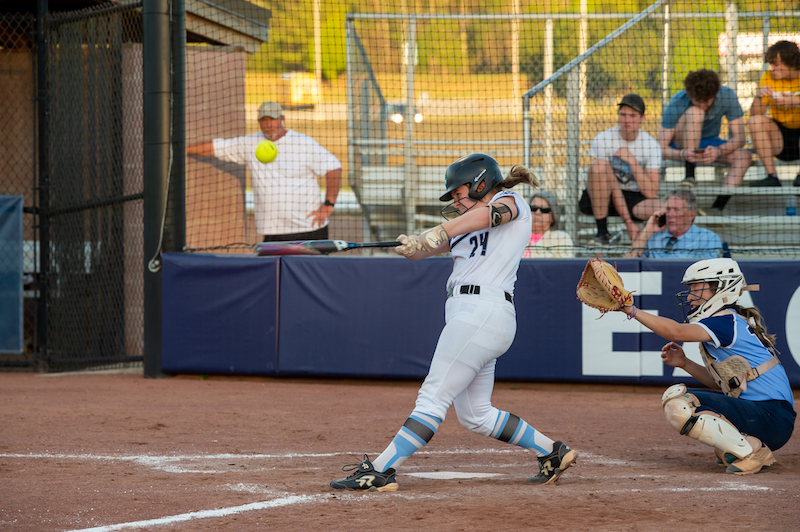 The Helena Huskies put together a special final week of the regular season, taking down two top teams from Class 7A before looking to defend the area tournament and make another special postseason run to the state tournament.

On back-to-back days, the Huskies took down Vestavia Hills and Hoover April 26-27 to improve to 31-4-3 on the season heading into the postseason.

The impressive two-game stretch started on Tuesday, April 26 in a 7-4 victory against Vestavia Hills in which Helena outhit the Rebels 10-5.

The Huskies fell behind 2-0 n the bottom of the first but responded with three combined over the next two innings.

Vestavia did regain the lead in the bottom of the third with two more runs, but a four-run top of the fifth was the difference maker in the three-run win for the Huskies.

Ann Marie Stanbridge and Presley Lively both had big hits in the win, with Stanbridge blasting a home run and Lively a triple. Stanbridge finished with the one hit and a walk, while Lively had one RBI on two hits.

Allie Graydon added two RBIs on one hit, while Alex Erwin finished with a hit and RBI and Alana Scott had two hits.

In the circle, Stanbridge pitched three innings and allowed four runs on four hits and no walks while striking out three. Cam Bailey then finished off the final four innings, striking out six and allowing one hit but no runs or walks.

This time, she struck out eight and allowed no runs on five hits and no walks in a complete-game shutout.

While the two runs would have been enough, the Huskies pulled away with three in the fifth and six in the seventh to complete an 11-0 win. Helena outhit Hoover 16-5 in the win.