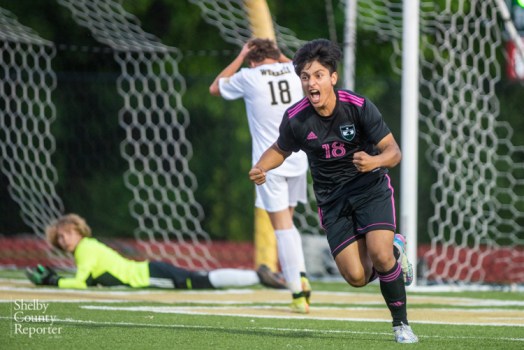 Pelham’s Leo Montoya Jaimes celebrates after scoring a goal in Pelham’s 2-0 shutout victory against Wetumpka in the opening round of the playoffs. (Reporter photo/Keith McCoy) 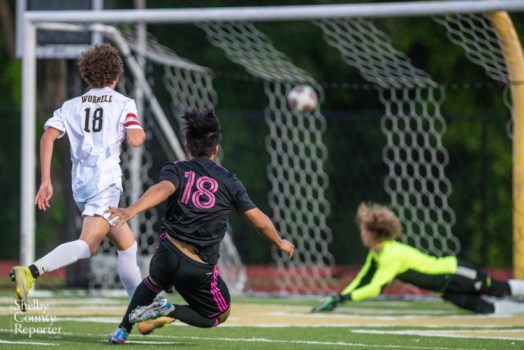 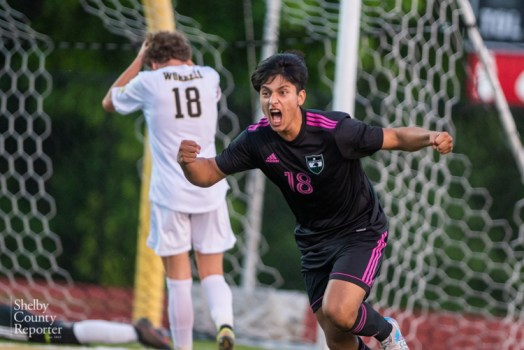 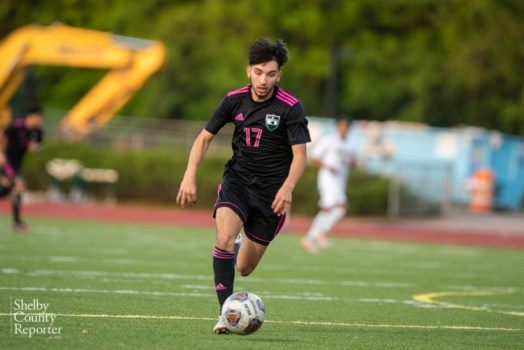 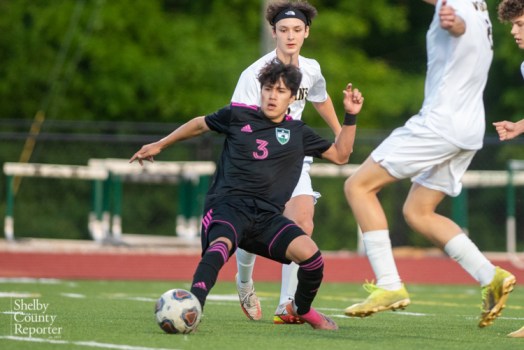 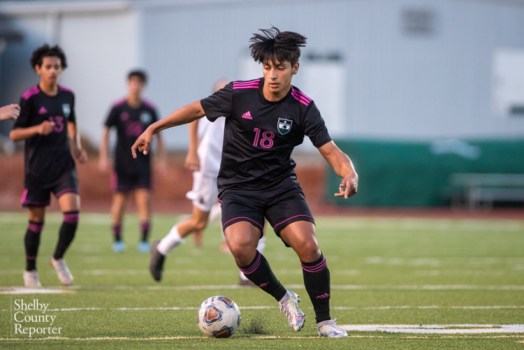 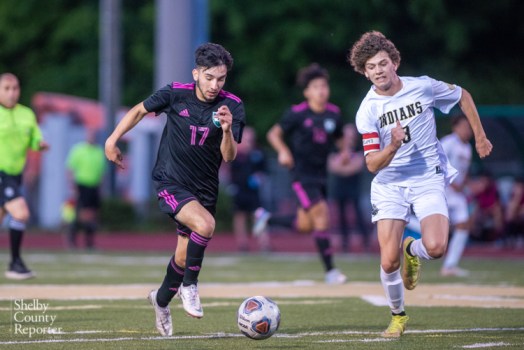 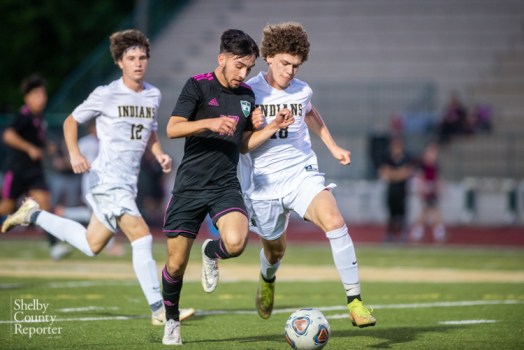 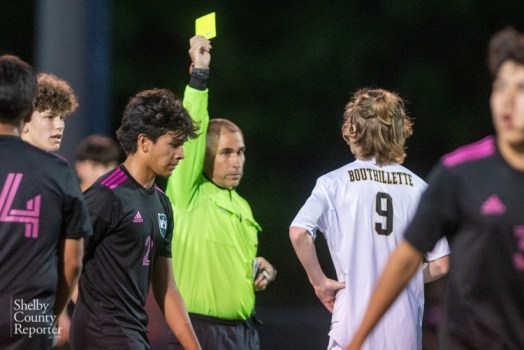 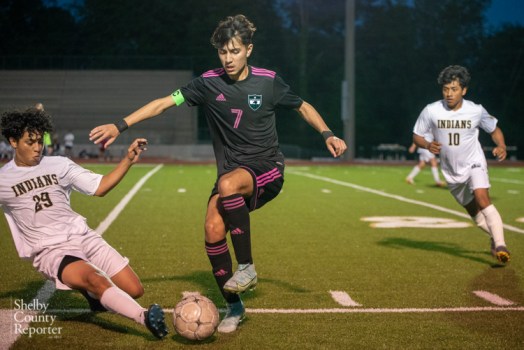 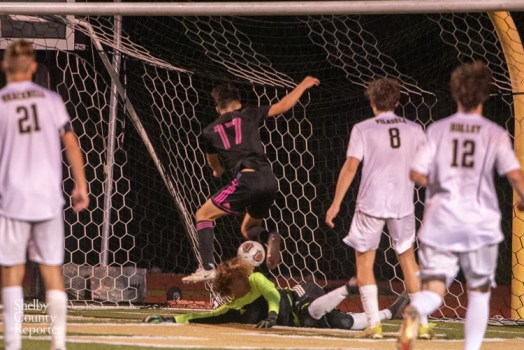 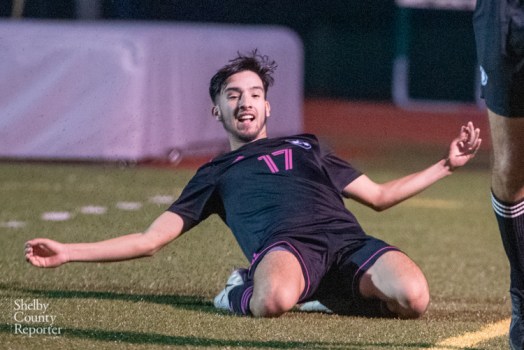 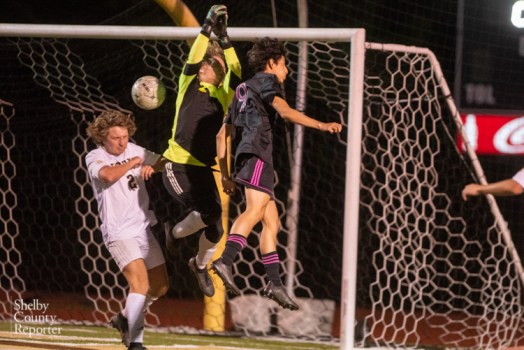 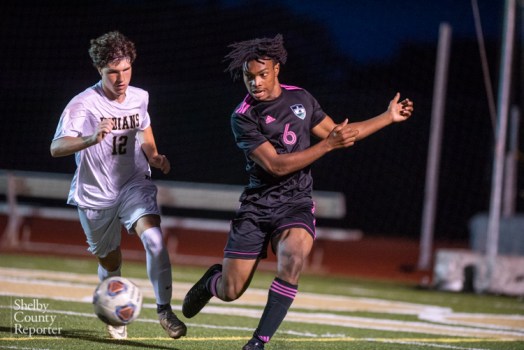 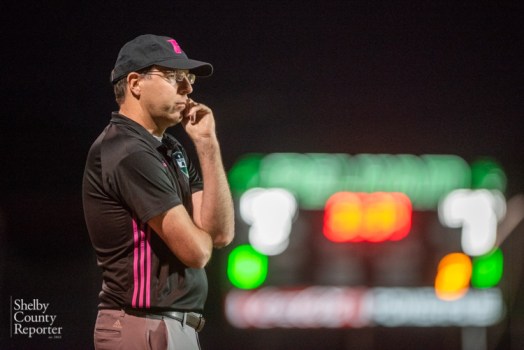 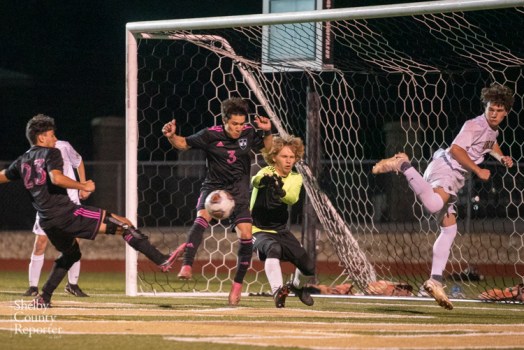 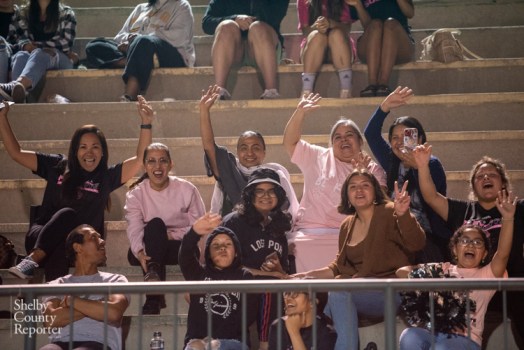 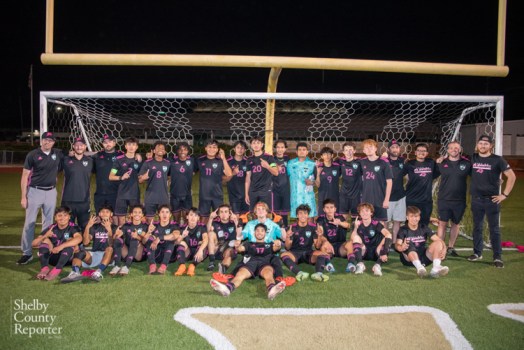 PELHAM – Entering the first round of the 2022 Class 6A playoffs on Thursday, April 28, the Pelham Panthers were carrying a seven-game shutout streak and playing their best soccer of the season.

That defense, however, drew a Wetumpka team that had scored 26 goals in its last five games of the regular season, including 14 in the two games leading up to the first-round battle with the Panthers.

The No. 3 Panthers, who have been one of the best defensive teams in the state this year not only shut down the Indians, but they did so with their eighth consecutive shutout in a 2-0 victory to advance to the second round.

Pelham has now given up one goal or less in the last 11 games, winning all but a 1-1 tie with 7A Spain Park, while the Panthers have given up more than one goal twice this season with 13 shutouts en route to a 20-3-1 record and a spot in the second round of the playoffs.

As for the offense, it was on point in the first half as well, building off the tone set by the defense.

The Panthers struck 12 minutes into the game when Leo Montoya Jaimes found the back of the net at the 28:26 mark of the opening half, giving Pelham a 1-0 advantage.

For a while, it looked like that 1-0 lead may be the halftime score, but Kevin Garcia-Hernandez made sure to add some insurance going into the half and give the Panthers even more confidence.

With 4:45 remaining in the first half, he found the back of the net to put the Panthers on top 2-0 going into the halftime break.

That lead, with the way Pelham’s defense was playing, felt more like a 4-0 advantage, and the Panthers seemed to know that when they came out in the second half and let their defense lead them the rest of the way.

Pelham is now on to the second round with hopes of returning to the Final Four this season for the third year in a row. 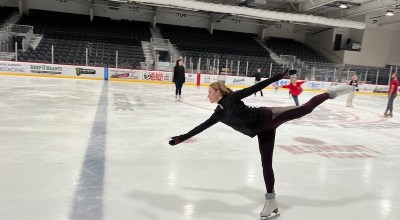