Pelham shuts out Wetumpka, advance to round two 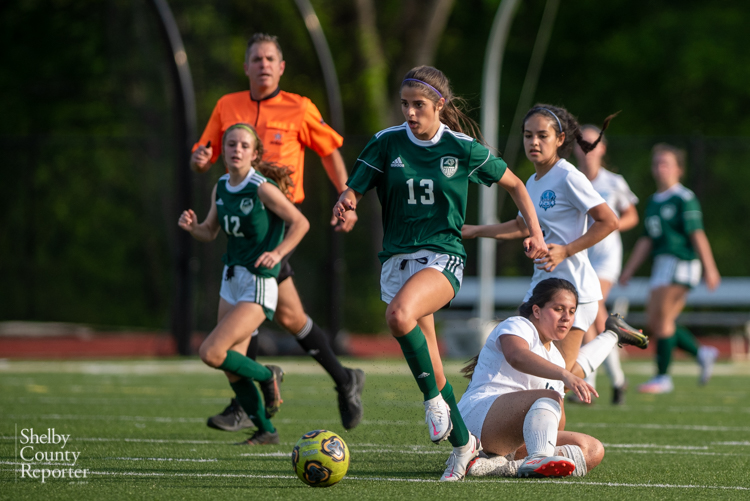 WETUMPKA – Battling through the regular season, the Pelham girls’ soccer team has faced its share of ups and downs, but they found their way into the playoffs on Friday, April 29, and a new season started.

Seeking redemption after a one-goal loss to Northridge in last year’s quarterfinals kept them a game shy of the Final Four, the Panthers traveled to Wetumpka in the opening round and put together one of their strongest performances of the season.

Defensively, Pelham was strong from start to finish.

While much of that was due to a strong back line, it was also largely thanks to an impressive showing from senior goalkeeper Sydney Stephenson. She put together a clean sheet in the game with a shutout performance, while the offense gave her and the defense a 2-0 lead to work with.

In the first half, the Panthers were able to take a 1-0 lead in the first eight minutes when they earned an early penalty kick.

Taylor Pilcher, a senior leader for the team, stepped up and drilled the kick into the lower right corner of the net for the 1-0 advantage.

Just a few minutes later, the Panthers were able to add a second goal in a crowded box that ultimately crossed the line just before being deflected off the foot of a Wetumpka defender.

That became Pelham’s final goal of the night, but with the team’s defensive effort, that’s all the Panthers needed to pick up a 2-0 shutout win to earn a spot in the second round of the playoffs.

Pelham will now host McAdory in the second round of the playoffs.