Pitching leads Pelham to series win against No. 2 Saraland 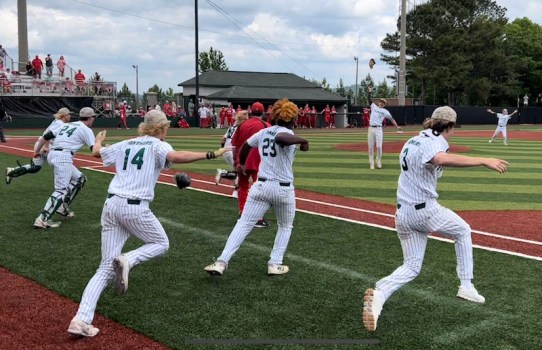 The Pelham Panthers got stellar pitching performances from JD Wilkins and Christian Pritchett in round two of the Class 6A playoffs to take down No. 2 Saraland and advance to the quarterfinals. (Reporter photo/Alec Etheredge) 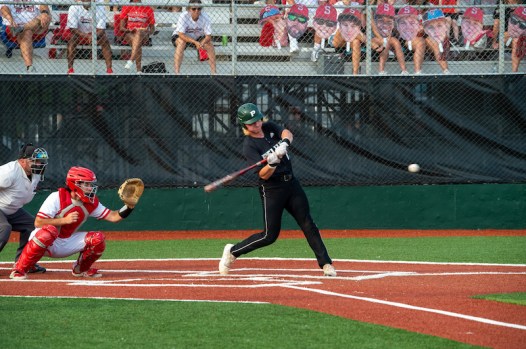 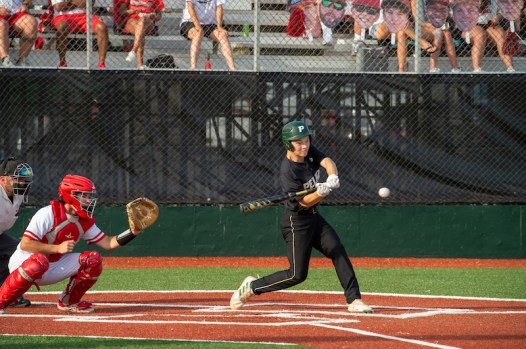 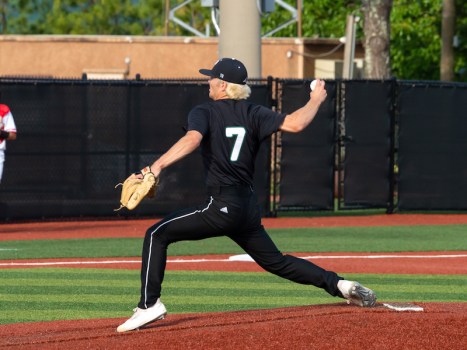 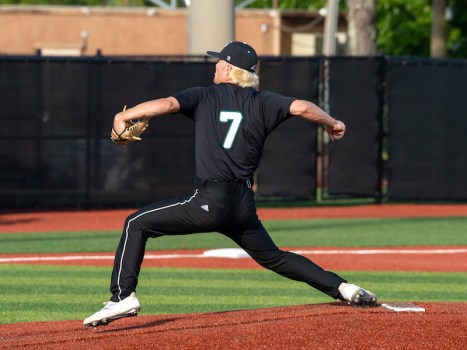 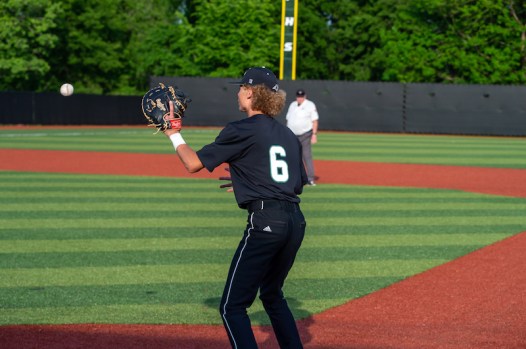 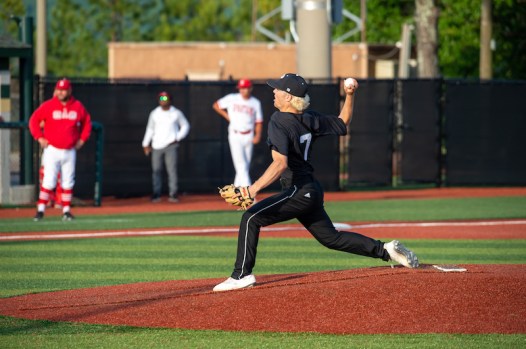 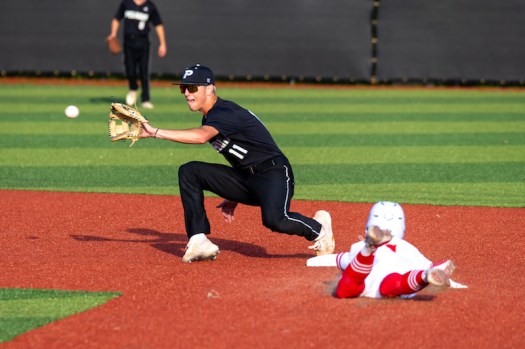 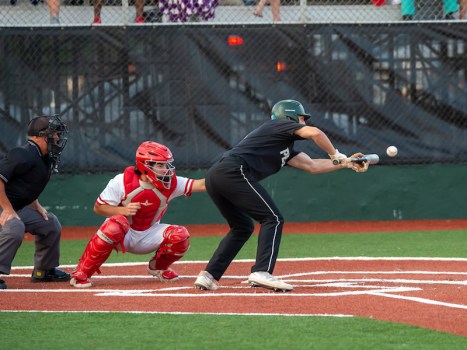 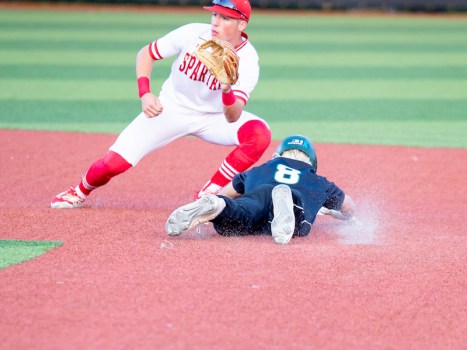 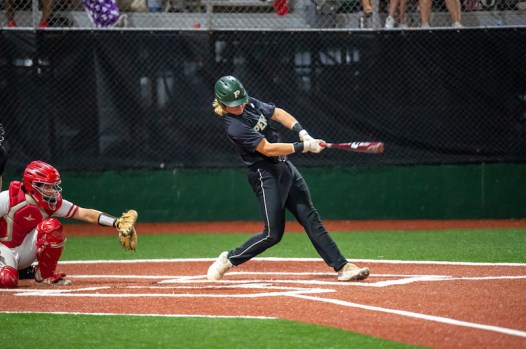 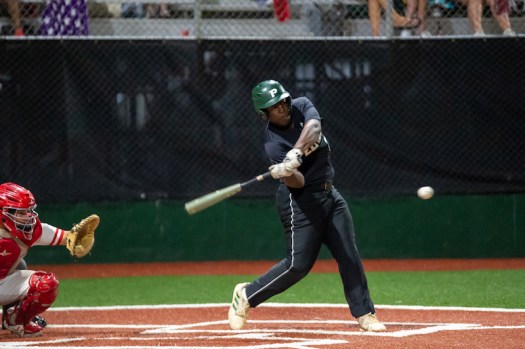 PELHAM – Taking on No. 2 Saraland in the second round of the playoffs, Christian Pritchett and JD Wilkins took their jobs on the mound seriously in a best-of-three series April 29-30.

Despite being outscored 10-3 in the series, the two star pitchers bookended a special series with Pritchett leading the Panthers to a 1-0 win in game one of the series and Wilkins stepping up to lead them to a 2-0 win in a clutch win-or-go-home final game.

Those two complete-game performances sandwiched a 10-0 loss in five innings during the second game of the series, as the Panthers took the series 2-1 to advance to the Class 6A quarterfinals.

In the opening game of the series on Friday afternoon, both starting pitchers were strong on the mound, as the two teams totaled three hits each.

In the bottom of the third, however, Pritchett helped himself out on the mound with a game-changing double. Stepping to the plate one at bat after a double from Cody Bethers, Pritchett made it twos traight doubles on a line drive to center field that put the Panthers on top 1-0 through three innings of play.

From there, he went back to work on the mound with the lead and protected it the rest of the way with the help of a strong defense behind him.

Saraland had at least one base runner reach safely over the next three innings, but the Spartans never could capitalize.

Then, in the top of the seventh, Pritchett forced Saraland to go down in order with a ground out and two fly outs to preserve a hard-fought 1-0 win.

Pritchett picked up the complete-game shutout, allowing three hits and two walks with three strikeouts. He also had one of the team’s three hits with the game-winning RBI double.

Bethers and Zach Egan added the other two hits for the Panthers in the winning effort.

With the 1-0 series lead, Pelham fell behind early in game two, giving up a combined six runs in the first two innings to create an early 6-0 deficit.

The Panthers were unable to overcome the deficit and went on to lose 10-0 in five innings, getting outhit 11-1, but they got through the game preserving arms, only needing 19 pitches from Wilkins in the loss.

That set the stage for him to come back and start the decisive game three a day later, and it seemed to serve as the perfect warmup.

Even better, he got to pitch with the lead for the majority of the game thanks to a hot start at the plate.

After back-to-back singles from Wilkins and Bethers put two aboard, Pritchett reached safely on a fielder’s choice to load the bases with no outs.

A fielder’s choice after that put the first out on the board, but Egan stepped to the plate and made sure to capitalize with an RBI single to right field that put the Panthers on top 1-0.

They did go on to leave the bases loaded after a strikeout and ground out ended the inning, but that became the theme of the day for both teams.

Following a quiet second inning, Saraland loaded the bases in the third with two outs, but a pop out ended that threat.

The Spartans ended up putting multiple runners on base in three of the seven innings, but they ultimately left five runners in scoring position during the game, as Wilkins and the defense handled the pressure well.

Pelham was able to capitalize and add an important insurance run in the bottom of the sixth on an RBI single from Clayton Mains to take a 2-0 lead into the final inning.

Then, when it came down to Saraland’s final chance, Wilkins forced the Spartans into three consecutive ground outs, with the final one sending the Panthers into an ecstatic celebration.

Egan led Pelham at the plate with a 2-for-3 game featuring one RBI, while Mains added a hit and an RBI. The Panthers also got hits from Wilkins, Bethers and Makei Griffin.

Wilkins gave the Panthers their second complete-game shutout of the series to take down the No. 2 Spartans. He allowed three hits and four walks in seven innings while striking out four.

Pelham will now host No. 5 Hueytown in the third round of the playoffs in a best-of-three series May 6-7.