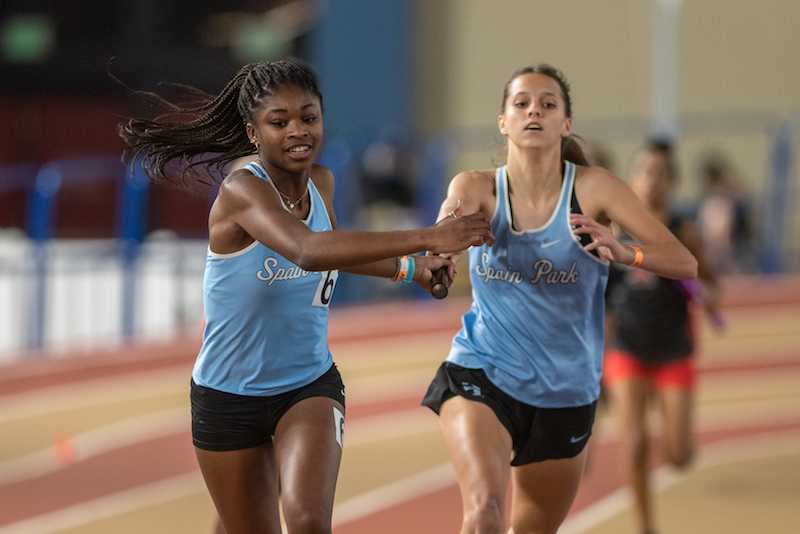 MOUNTAIN BROOK – With spots at the state meet on the line, the Oak Mountain, Spain Park and Thompson outdoor track and field teams gathered at Mountain Brook High School April 29-30 to compete in this year’s Class 7A, Section 3 meet.

In one of the most competitive sections in the state, the three teams saw their boys and girls perform well with several finishing on the podium.

The Thompson boys and girls matched each other with fifth-place performances at sectionals, as both the boys and girls had five podium finishers with the girls posting two wins and the boys one win.

Outside of his strong day, the boys three other podium finishers, as Eli Sutton, Gavin Horton and Parker Mitchell all finished third in their respective events.

Jackson Hamlin and the 4X400-meter relay team added top-five finishes for the Warriors as well.

The girls were led by big days from Akasha Dudley and Skye Smith.

Dudley continued a remarkable season by winning the shot put with a distance of 38 feet, 2.5 inches, while she also finished second in the discus throw after a distance of 106 feet, 1.5 inches.

Smith added another win for the Warriors in the 300-meter hurdles behind a time of 46.13 seconds.

Williams finished third in the 100-meter hurdles with a time of 15.54 seconds, while Clark finished second in the javelin throw after reaching a distance of 115 feet, 3.5 inches.

Spain Park continued an impressive year at the meet as the highest finisher in the girls’ standings from the county, while the girls and boys both had winners at the sectional meet.

The highlights came from Mackenzie Culpepper and Keon Buck, who both finished first in their respective events.

Buck did the same in the 100-meter dash, winning with a time of 11.06 seconds as the defending state champ in the event.

He ended up being the only podium finisher for the boys, while John Landers finished just off the podium in the pole vault after clearing 14 feet, 6 inches.

Beyond that, the 4X400-meter relay team finished second with a time of 4:00.25. Indiana Ganett also finished fourth in the javelin throw with a distance of 93 feet, 6 inches.

Oak Mountain was led by eight different podium finishers, six from the boys and two from the girls.

The Eagles got three second-place finishes from Walker Hughes, Mitch Allen and the 4X800-meter relay team.

The boys also got finishes of third from the 4X400-meter relay team behind a time of 3:24.77, while Quest Agee and Devan Moss both finished on the podium in third as well.

As for the girls, Faith Scardino was the top individual finisher, claiming third in the 3,200-meter run behind a time of 11:45.11.