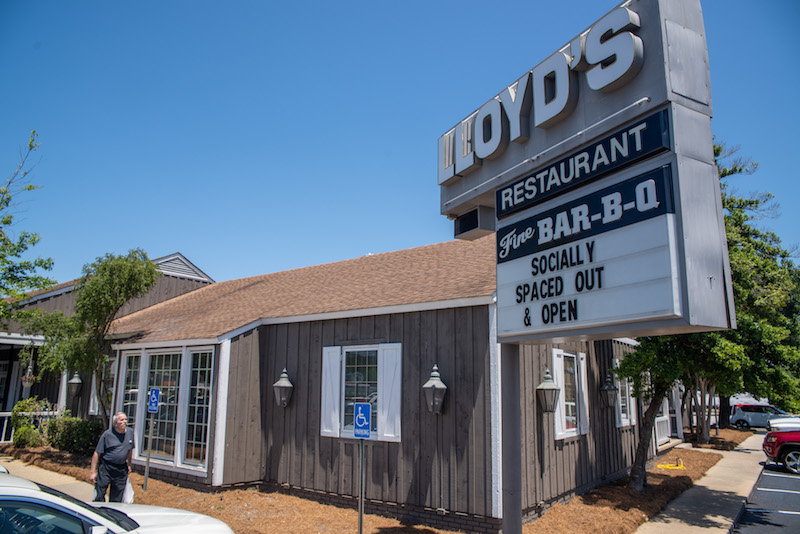 The owners of Lloyd’s Restaurant in Shelby County will expand the business into a second location in Sylacauga this fall. (File)

NORTH SHELBY – A longtime restaurant and local landmark on U.S. 280 is expanding its operations with an additional location in a nearby community.

Lloyd’s Restaurant owner Bogue Stevens is preparing to open a second location of his family’s restaurant in Sylacauga this fall.

“My dad and I had talked about it for quite some time and never did it,” Stevens said of the decision to open a second restaurant. “Then, this opportunity presented itself. It was a pre-existing business that was easily remodeled to fit what we do. We have a lot of clientele from Sylacauga, so it was good.”

Stevens said he had been looking at the property in Sylacauga when he happened to find out during a dinner with some friends that their family owned the building and wanted to sell it.

“We were able to negotiate a price,” Stevens said. “They were just great to deal with. It was really a God thing.”

The projected opening date of the Sylacauga location, at 40810 U.S. 280 across from the Honda dealership, is Oct. 1, according to Stevens.

The roots of Lloyd’s Restaurant run deep in Shelby County.

A man named Lloyd Chesser opened the original Lloyd’s in Chelsea in 1937.

“Not many restaurants can say that,” Stevens said.

Lloyd’s has long been known for its hamburger steak with gravy and onions, but over the years, patrons have also gravitated toward the restaurant’s other offerings, such as fried chicken and barbecue.

“We’re super excited about being in the Sylacauga community,” Stevens said. “We just feel blessed to be a part of the community and blessed to try to grow the business a little bit. It will be the same good food with the same fair price and good service.”

Regions Tradition bringing the stars out May 11-15 at…