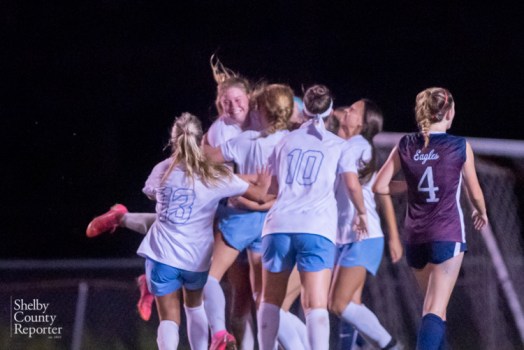 Spain Park players celebrate after taking down No. 1 Oak Mountain in the opening round of the playoffs on Tuesday, may 3. (Reporter photo/Keith McCoy) 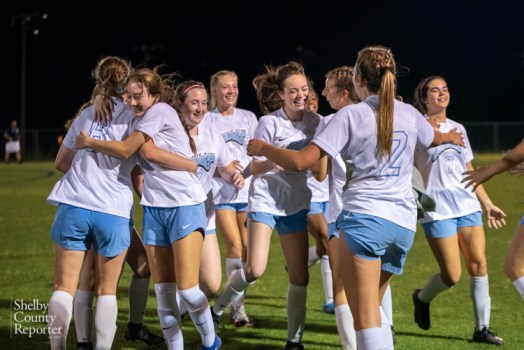 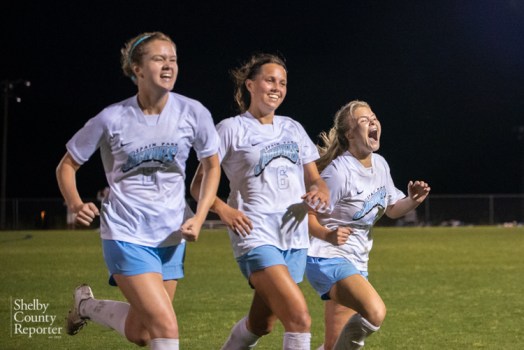 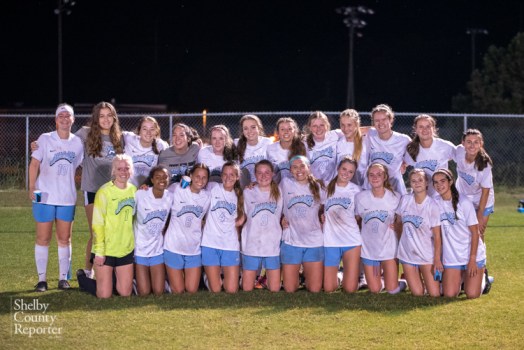 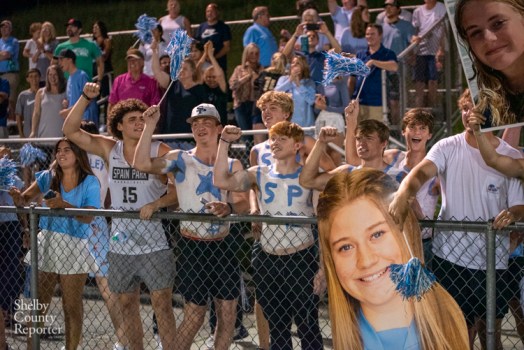 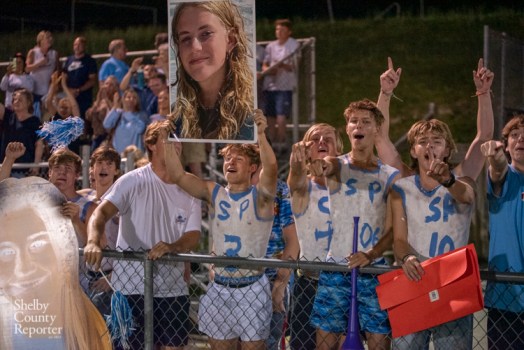 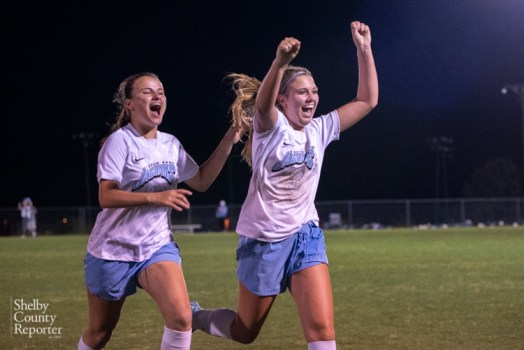 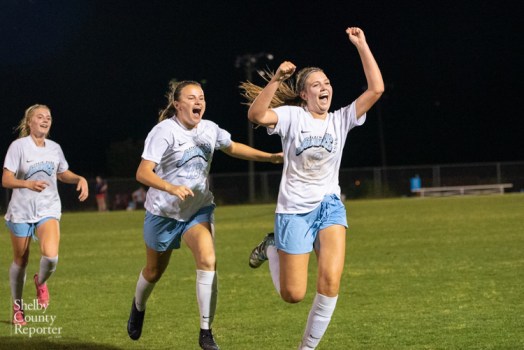 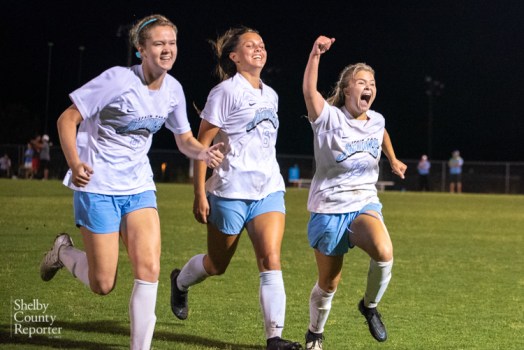 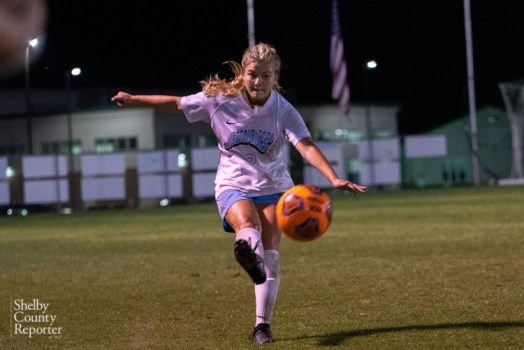 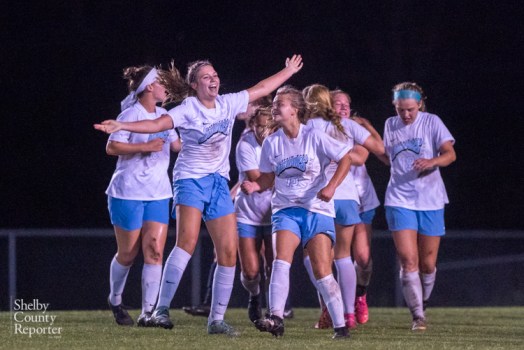 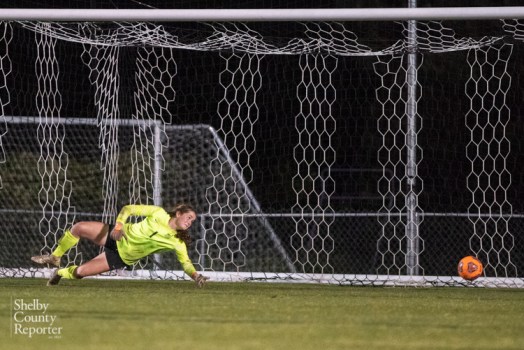 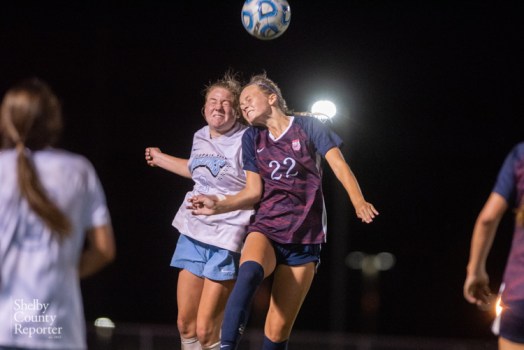 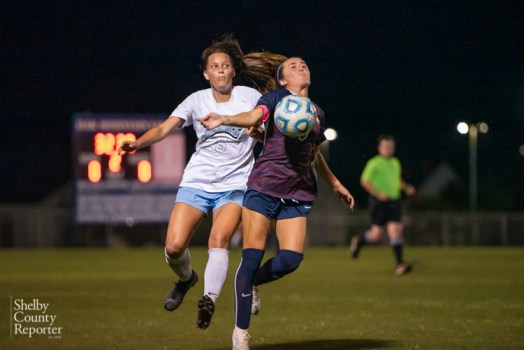 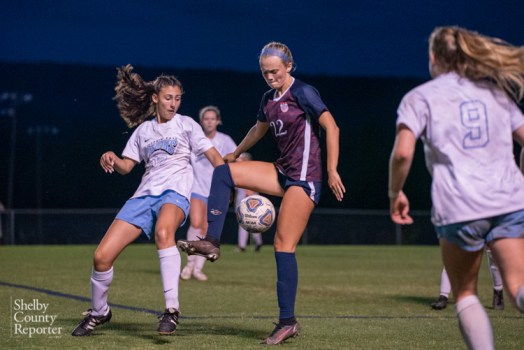 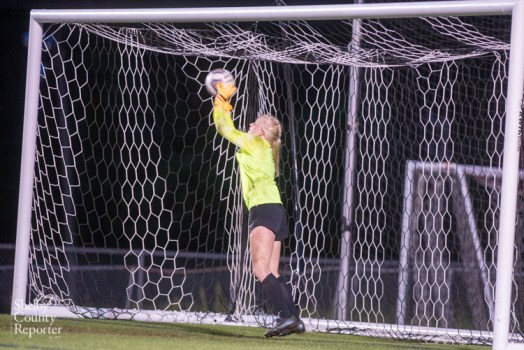 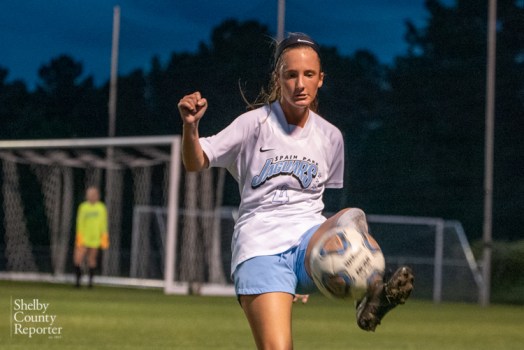 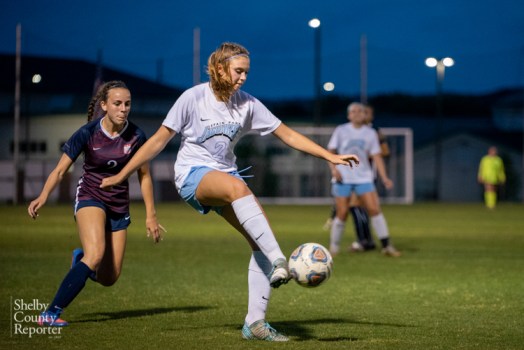 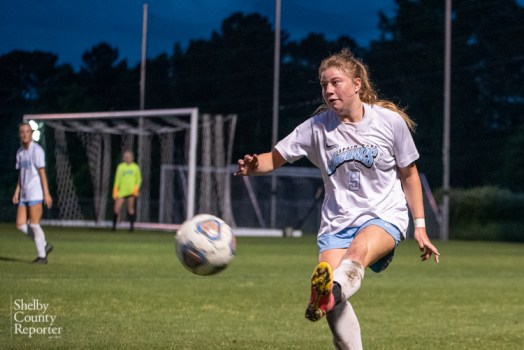 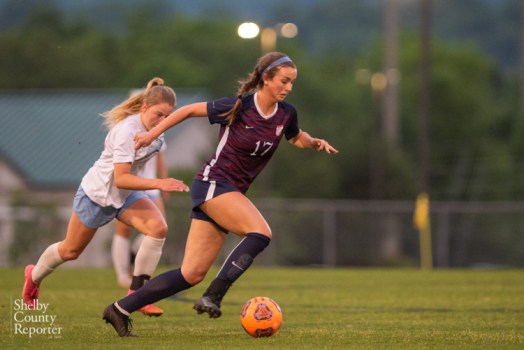 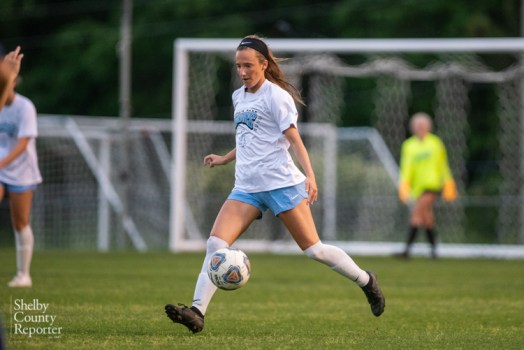 NORTH SHELBY – As the only team to beat No. 1 Oak Mountain during the regular season this spring, the fourth-ranked Spain Park Jaguars entered Tuesday night, May 3 hoping to do it a second time—this time with the season on the line.

On the road in a top-four battle of two teams separated by 2 miles, the Jaguars were able to fend off the revenge-seeking Eagles thanks to one goal in a chaotic second half of the matchup en route to a 1-0 victory.

With that, the Jags remained the only team to beat Oak Mountain this season, and did so in the opening round of the playoffs this time around to punch a ticket to the Class 7A quarterfinals.

The difference came late in the second half of the game.

After a defensive first half that saw the two teams feel one another out, the second half featured a much more aggressive approach, starting with the Jaguars.

For the first 12 minutes of the second half, looking to break a scoreless tie, Spain Park started to become the aggressor. The Jaguars earned two free kicks, a corner kick and a shot on goal all in that span.

Despite those chances, they were unable to find the go-ahead goal.

Then, Oak Mountain flipped the script and started to control the ball.

Looking to capitalize on missed opportunities by the Jaguars, the Eagles earned their best chance with a free kick 13 minutes into the half. For the next few minutes, Oak Mountain controlled the ball looking for the game-changing goal.

Spain Park, however, was able to earn a breakaway up the left side of the field. A cross into the box went slightly too far, though, leading to a shot just wide of the post.

In what became a back-and-forth battle for several minutes, Oak Mountain then answered with its best chance of the game.

The Eagles started creating havoc inside the box, which led to one narrow miss.

Then, with 17 minutes left, they got their best opportunity of the game when a shot was popped up in the air in a frenzied attempt.

The ball, however, rolled over the crossbar to keep the game tied 0-0.

Two minutes later, the Eagles got another clean look on a shot just outside the box, but it sailed high with too much power.

Just as it started to feel as if it was a matter of time before Oak Mountain put in the go-ahead goal, the Jaguars found themselves on another breakaway.

With Oak Mountain’s offense pushing hard for a goal themselves, it left the door open, as the Jags got a second chance at a cross into the box. This time, Abbi Soehn was on the other side and she connected for a goal with 14:28 to play.

Spain Park’s attention then turned to protecting the lead, and the Jags did it to perfection.

Oak Mountain pushed the ball up field a few times over the final 15 minutes, but the Eagles never did get as close as they had the previous 10 minutes with their best chance coming on a free kick near midfield with 2:20 left.

After that ended with a save, Spain Park was able to hold on over the final two minutes to earn the opening-round victory.

Now 11-4-4 on the season, Spain Park will host Bob Jones for a spot in the Class 7A Final Four.