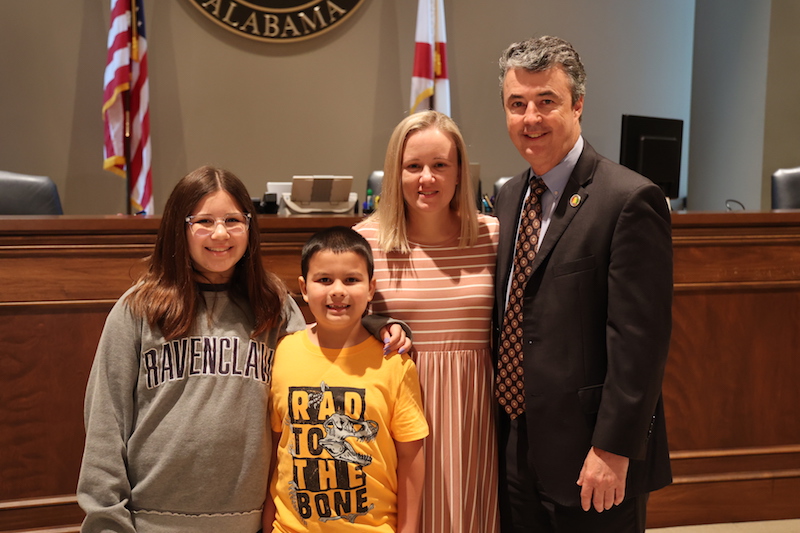 The family of Gomez received a plaque and a special memento from Marshall honoring the legacy and memory of the longtime officer and veteran, who served with Pelham PD for 11 years. The Bible verse John 15:13 was inscribed upon the memorial: “Greater love hath no man than this, that a man lay down his life for his friends.”

“We lost one of Alabama’s heroes—one of Alabama’s best,” said Marshall, recalling a statewide law enforcement summit in which Gomez and others lost during the line of duty were recognized. “Though it’s important in that setting that we honor them as we did Juan this past year, it’s important to me that we come back and honor these individuals and their families in a very specific moment.”

According to Marshall, Gomez was one of 11 Alabama officers lost during 2021, seven of which were lost specifically as a result of the COVID-19 pandemic.

Marshall knew Gomez from his days serving as District Attorney of Marshall County, Alabama, when Gomez was a patrol officer.

“I’ll never forget the smile, the personality,” Marshall said, noting that Gomez could “disarm defendants and bad guys” through his professionalism and showed “great empathy” for the victims he served.

“We love y’all. Know that your Dad’s legacy will never be forgotten. Everything he did, he did for Jesus,” Cheatwood said.

In September, 2021, Pelham PD posthumously awarded Gomez with a Police Officer of the Year award.