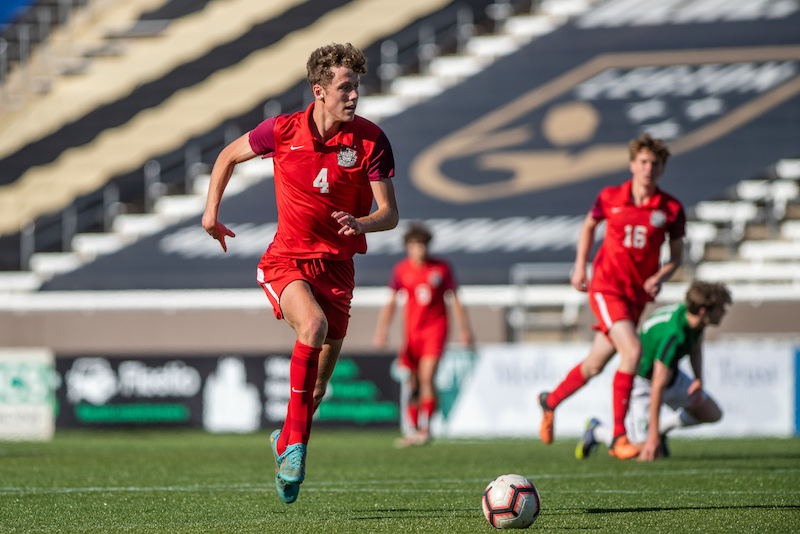 Indian Springs and Westminster at Oak Mountain both saw their boys and girls soccer teams advance to the quarterfinals of this year’s playoffs. (Reporter photo/Keith McCoy)

Contenders to win state championships in their respective classifications, the Indian Springs and Westminster at Oak Mountain boys and girls soccer teams have all continued their season into the quarterfinal round of the playoffs.

The easiest route came from the Westminster at Oak Mountain girls, as the Knights earned a first-round bye to automatically qualify for the Class 1A-3A quarterfinals as the No. 4 team in the classification.

The path, however, wasn’t much more difficult for the Westminster boys or either of the Indian Springs teams.

All four advanced with dominant wins, but the most dominant came from the No. Knights.

Taking on Thomasville at home, Westminster pulled away for an easy 10-0 shutout victory short of full time to advance.

With that win, the Knights will get a crack at redemption after falling one goal short of the Final Four last year.

This year’s quarterfinal battle, however, will come against No. 1 Bayside, who is 17-2-4 on the season.

The two teams have met once this season with Bayside winning 2-1 back on March 18.

Both Indian Springs teams started their postseason run with dominant efforts as well. Each picked up six-goal wins against American Christian Academy with the boys posting a 6-0 shutout and the girls nabbing a 7-1 victory.

The boys, ranked No. 2 in the 4A-5A classification, picked up their 16th shutout of the season in the win, while they have yet to give up more than two goals in any game en route to an overall record of 18-2-5.

The defending state champs will now match up with No. 9 John Carroll for a spot back in the Final Four. Springs beat the Cavaliers 3-0 earlier this season.

As for the fourth-ranked girls, they improved to 15-3-2 with their victory and will also get set for a battle with No. 13 John Carroll. The Cavaliers handed Indian Springs one of the team’s three losses this season back on April 7 in a 3-0 game.

Not only will Springs be hoping to redeem that loss, but they’ll also hope to redeem a 6-5 loss in the quarterfinals last year that kept them from advancing to the Final Four.