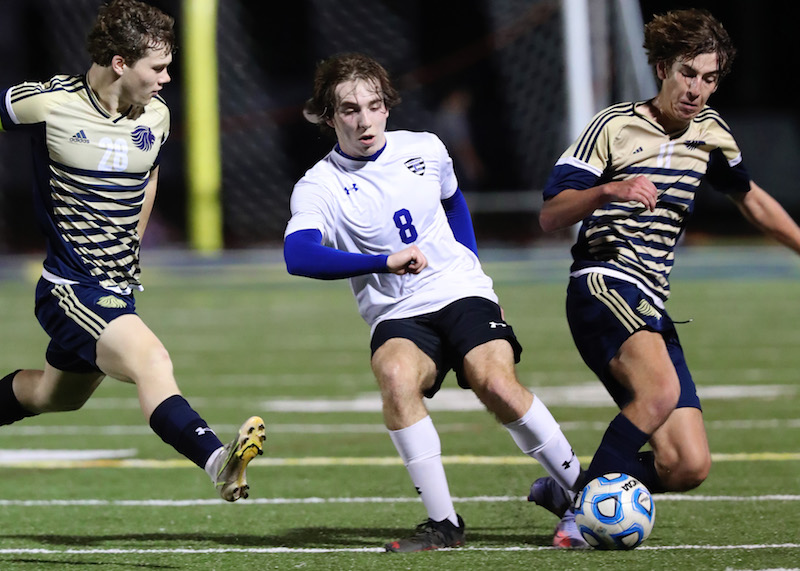 The recent change by the AHSAA from areas to regions for three big spring sports should help solve a big issue that currently keeps some of the best teams in the state out of the playoffs. (For the Reporter/Cari Dean)

The AHSAA recently made a big decision when it announced that there would be a shift from areas to regions for spring sports to match the model of football moving forward.

The AHSAA recently made a big decision when it announced that there would be a shift from areas to regions for spring sports to match the model of football moving forward.

It’s a change with many unknowns until this school year comes to an end and we see where lines are drawn and what regions teams will be in, but it is one that at least brings optimism to fixing one of the state’s biggest problems when it comes to high school sports—the right teams in the postseason.

Currently, in each of those sports, we are seeing blowouts in the early rounds of playoffs, including mercy-rule games, and in some cases, even forfeits.

The change to region play means the top four teams from a region will advance to the postseason rather than the top two teams from an area advancing.

It should make it more challenging to get in the playoffs, while also getting the best teams in and creating more entertaining and challenging battles in the postseason.

There have been plenty of examples already during the final weeks of the 2022 spring sports season, with multiple run-rule victories in the opening round of the baseball playoffs.

But one of the biggest impacts, especially locally has come in soccer.

In the 6A classification, two girls soccer teams have already advanced to the second round of the playoffs before the first round even starts due to receiving a bye because there wasn’t another eligible team in the aligned area.

Meanwhile, No. 4 Briarwood and No. 6 Chelsea will both be sitting at home this postseason, despite being two of the state’s best teams.

And the reason isn’t because of their talent level, it’s because they both lost tight games to No. 1 Homewood and No. 2 Mountain Brook.

That put all four of those teams in the top six of the Class 6A rankings at the end of the regular season and all with winning records.

Yet, teams in easier areas got into the playoffs despite struggling throughout the regular season, which will inevitably lead to blowouts in the opening round.

I say that not to degrade those teams, but to be real after seeing it happen year-in and year-out.

Two teams that could arguably make the Final Four this season if playing their best soccer won’t get the opportunity to do so, while there are two open spots in the playoffs and one team with a losing record is already into the second round.

It’s a disservice to the players and coaches, while failing the point of a postseason, which is to have the best teams vying for a state championship.

Some years, it benefits our local teams by giving them an easier path to the Final Four, and one team even earned a bye this season, but it doesn’t do any favors to the sport and remains a problem.

That said, the shift to region play has the opportunity to fix the issue, but, and a big but, the AHSAA has to properly align regions to make sure that happens. Otherwise, you stack the best teams into one region, especially in a soccer-rich area like Birmingham, and you end up with the same problem that you already have.

At least they are trying to make an improvement after several years of the same problem for all spring sports, and it should be a good test to see how well it works and if it is the right move for other sports such as basketball during the next phase of reclassification.