Indian Springs gets revenge with shootout win, advances to semifinals 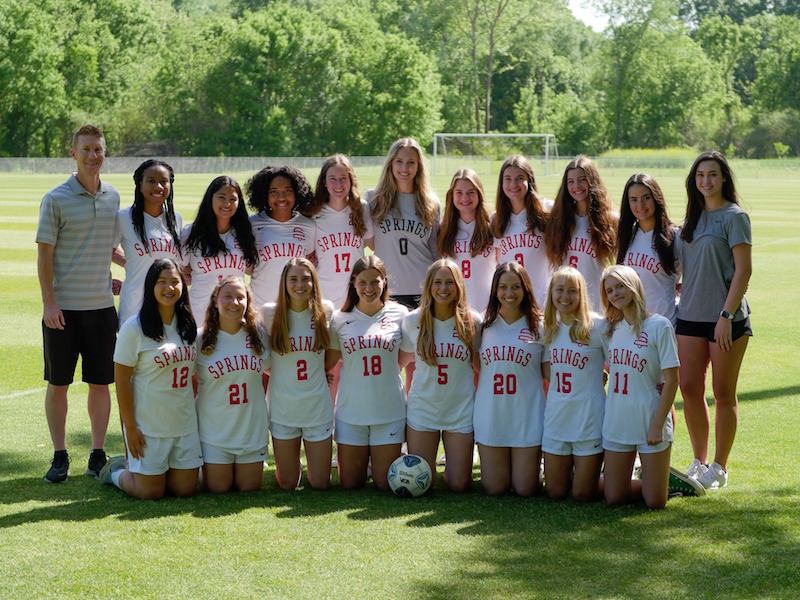 Indian Springs' girls soccer team took down John Carroll in a penalty-kick shootout on Friday, May 6 to advance to the Final Four. (Contributed/Indian Springs School)

BIRMINGHAM – Looking to avenge one of three losses on the season and advance to the Final Four, the Indian Springs girls soccer team found themselves in the most heart-pounding moment of the season on Friday, May 6.

On the road at John Carroll, who beat Springs 3-0 back on April 7, Indian Springs found itself in a 1-0 deficit at the halftime break facing the end of the season.

Springs, however, dug deep as the No. 4 team in the 4A-5A classification, which led to a thrilling finish.

In the second half, team leader Norah Roller stepped up with a clutch goal that evened the score at 1-1.

With that tense moment out of the way, the game eventually got through two overtimes with no goals, which led to a penalty-kick shootout to determine who would advance to the Final Four in Huntsville.

That led to some of the most intense moments of the season, as the two teams went back-and-fort through the first few penalty kicks.

Shadie Shrestha and Roller made the first two, while Kennedy Doyle hit a must-make on the fourth shot after Springs missed the third.

Haley Nguyen, Ruby Thornton and Millie Yerkes made the first three for John Carroll, who led 3-2 at one point.

From there, however, Indian Springs goalkeeper Pheobe Rominger stepped up in a big way.

She made saves on the next two shots from John Carroll, giving Olivia Honeycutt a chance at the win.

Honeycutt stepped up to the ball and drilled it into the back of the net to give Springs redemption with a 4-3 shootout victory and a spot in the Final Four.

Indian Springs will now take on St. James in the Class 4A-5A semifinals on Thursday, May 12 at 3 p.m. St. James is ranked second in the classification.