A mentor worth listening to 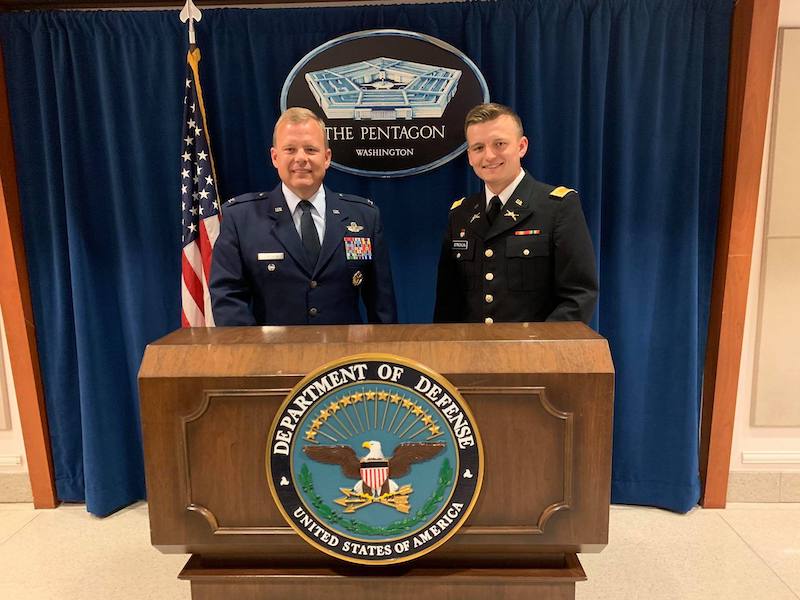 It doesn’t take long to realize why Chris Stricklin is such a sought-after keynote motivational speaker around the country.

In the same Leadership Shelby County group as Stricklin, I have quickly come to know not only the leader he is, but also the humbleness by which he carries himself.

Those 23 years, while strenuous on himself and his family, have now shaped him into the leader he is today as the best-selling author prepares to release his second book.

To be honest, though, I didn’t know much about Stricklin going into Leadership Shelby County.

As I got to know him while working closely on our Leadership project, I still didn’t fully know his background, which included him being a best-selling author, a decorated colonel in the military, and a survivor of a terrifying plane crash.

Not once did he bring any of that up on his own.

Instead, I got an email forwarded to me by my boss about his new book titled “Aiming Higher: A Journey Through Military Aviation Leadership.”

That’s when my own curiosity took me down the rabbit hole of wanting to learn more about the person I was working closely with on a Leadership basis.

And it became clear—why in the world was I considered a leader alongside this person.

The Stricklin I had come to know over the months of work through Leadership Shelby County was someone who was clearly a leader, but not in the sense of, “I’ve got it all figured out.”

It was more of not being afraid to throw out random ideas or bounce thoughts around, while then stepping in to do whatever the group needed.

As I learned more about him through an interview for his new book, that’s when it all started to add up.

Through that interview, as well as research into his life and previous writing, I saw how the lessons of his past in the Air Force shaped him into the motivator he is today.

Two of his primary leadership traits, taken from the military, are camaraderie and communication.

He said it is extremely important to communicate, work together and drive each other to be our best, while also putting a key emphasis on using your platform to open up a conversation with someone.

While working alongside him, he showcased each of those skills. His main goal was never to think through the entire project and do it all himself, but rather to start a conversation about an idea to see if it could come to fruition.

Many of us don’t have the same perspective or background that Stricklin does, and while that doesn’t make us any less of a person, it does give him the platform to use his unique life lessons to help better others.