Indian Springs headed back to Final Four hopeful to repeat 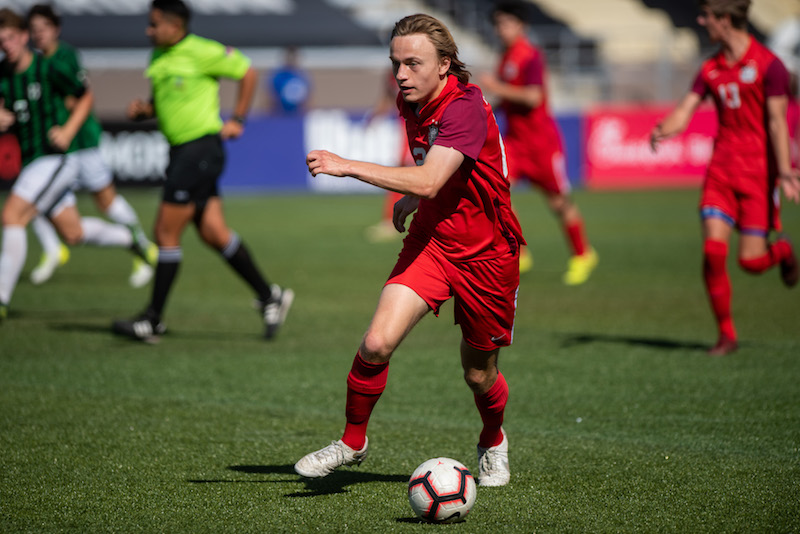 Indian Springs took down John Carroll 2-0 on Saturday, May 7 to earn a trip back to the Final Four where they’ll hope to repeat as Class 4A-5A State Champions. (Reporter photo/Keith McCoy)

PELHAM – The Indian Springs boys soccer team will get a chance to repeat as Class 4A-5A State Champions after earning a spot back in the Final Four.

Indian Springs earned the opportunity on Saturday, May 7 with a victory against John Carroll for the second time this season.

After opening the playoffs with a 6-0 shutout victory against American Christian Academy, Springs was right back in action a few days later looking for two consecutive shutouts to advance back to the Final Four.

And that’s exactly what the team got.

Springs put together a flawless 2-0 effort to pick up the quarterfinal victory, as they finished the season with a combined effort of 5-0 against one of their biggest rivals.

Last year marked the first trip to the Final Four in the 4A-5A classification for Springs and they won the title. It ended a three-postseason absence for Springs, who last made it in 2017 and won the 1A-3A title.

Now, they’ll have a chance to repeat as state champions in the 4A-5A classification with many of the same players on the roster from last year’s title team.

Springs, however, will have to play in a top-two battle to open the Final Four in Huntsville on Thursday, May 12.

They’ll be taking on No. 1 Montgomery Academy at 5 p.m. on Thursday for a spot in the state championship.

Montgomery Academy has yet to lose this season with a record of 23-0-2, while the team has given up more than one goal just one time in that span with 19 shutouts.

Indian Springs, however, was in a similar situation last year and won this game 2-0 before eventually taking down Russellville 2-0 in the championship.