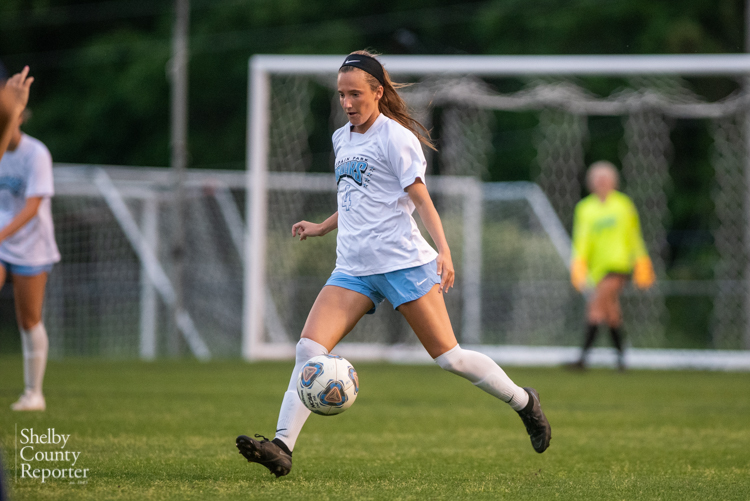 Spain Park punched a ticket to the Final Four for the first time since 2011 on Saturday, May 7, thanks to a 3-0 shutout against Bob Jones. (Reporter photo/Keith McCoy)

HOOVER – For the first time in 11 years, the Spain Park girls soccer team is headed to the Final Four after a second-round shutout of Bob Jones on Saturday, May 7.

The Jaguars, who opened the playoffs with a first-round shutout of No. 1 Oak Mountain, have now won back-to-back top-10 battles with shutouts in the first two rounds to punch their ticket to the Final Four in Huntsville on Friday, May 13.

It will mark the first trip for the Jaguars to Huntsville since 2011 when they won the title as a 6A team before Class 7A began a few years later.

At home against Bob Jones in the quarterfinals, the Jaguars found themselves in a similar game to that of the playoff opener against Oak Mountain.

Neither the Patriots nor the Jaguars found much offensive rhythm in the opening 40 minutes of the game, as the two went into the break in a 0-0 tie.

That, however, quickly changed in the second half, as the Jags flipped a switch offensively.

Spain Park quickly set the tone offensively, which led to constant pressure throughout the half and three goals.

Tori Flournoy, Addi Soehn and Tatum Ahlemeyer all scored goals for Spain Park in the half, as the offense gave a defense with two consecutive shutouts plenty of cushion to work with en route to a 3-0 win.

The shutout victory gave Lillian Gourley her third in a row and second of the playoffs thanks to six saves, while the Jags now have nine on the season and have given up two goals or less in all but one game.

That lone game came against Vestavia Hills on April 22, which is who the Jags will face in the Final Four.

The Jags will be looking for redemption in the matchup, as the winner advances to the state championship a day later.