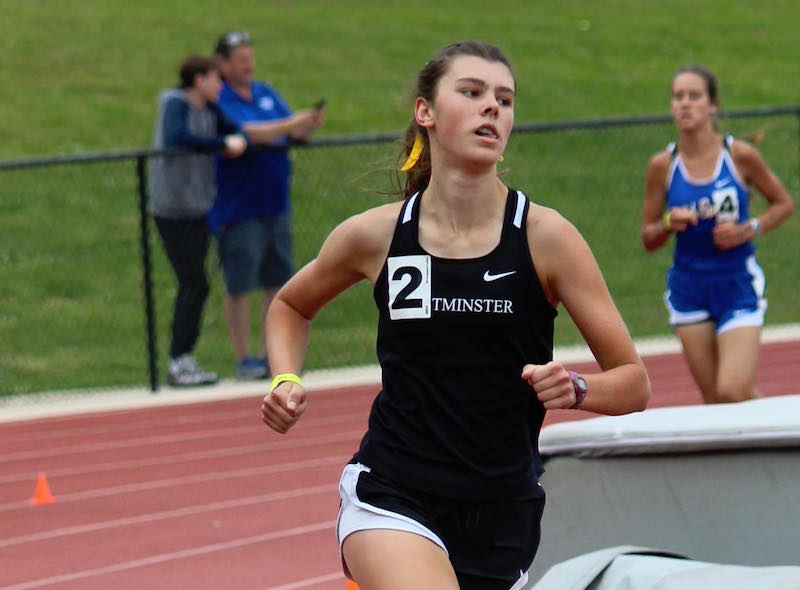 The Westminster at Oak Mountain girls track and field team claimed this year’s outdoor state championship on Saturday, May 7. (Contributed)

CULLMAN – A year after finishing runner-up at the outdoor state track and field meet, the Westminster at Oak Mountain girls track and field team outlasted a talented field on May 6-7 to earn redemption and win the 2022 Class 2A championship.

It not only marked redemption from a year ago, but also from the indoor season after the Knights finished second back in February.

This time around, however, they stood on top, while the boys team also had an impressive event behind six podium finishes to finish third as a team.

Adams had a huge meet for the Knights to help them bring home the championship after winning two individual championships and finishing second in another.

White also had multiple podium finishes, winning the triple jump with a total of 33 feet, 10.5 inches, while she also finished second in the high jump after clearing 4 feet, 10 inches. She also finished eighth in the long jump with a distance of 14 feet.

Metcalf was able to finish the season as the state champion in the pole vault event after clearing 10 feet, 3 inches to claim the title. Bndura’s win came in the 300-meter hurdles thanks to a time of 49.38, while the relay team claimed the title with a time of 10:27.68.

Val Richie added two more podium finishes for Westminster with finishes of third in the 100-meter hurdles and 300-meter hurdles thanks to times of 18.25 seconds and 50.92 seconds, respectively.

Cammi Griffith and Madden Sellers both just missed podium finishes as well. Griffith finished fourth in the 800-meter run, while Sellers did so in the 300-meter hurdles.

Micah Adams had a big event individual for the boys thanks to two podium finishes.

David Haskins added a finish of second in the 300-meter hurdles thanks to a time of 42.29 seconds, while Charlie Davis finished third in the 800-meter run with a time of 2:03.57.