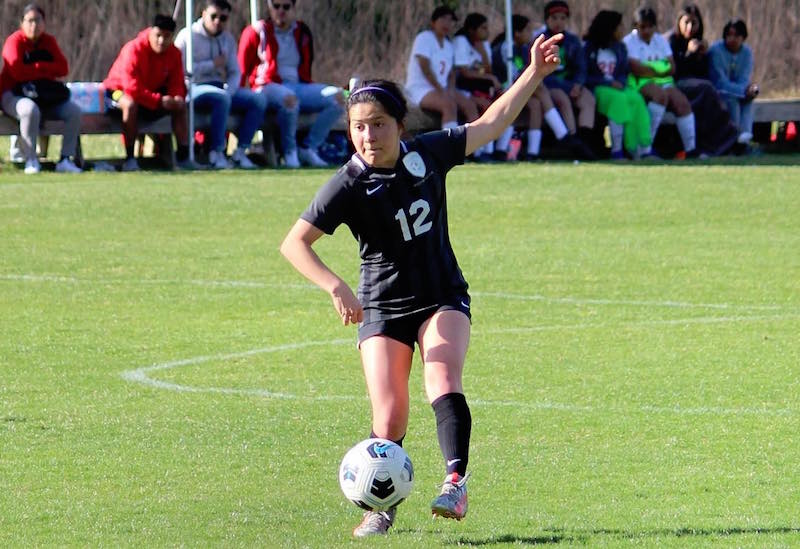 Westminster at Oak Mountain’s girls soccer team took down Bayside Academy on Saturday, May 7 to advance to the Class 1A-3A Final Four. (Contributed)

NORTH SHELBY – For the first time since their chaotic state championship win in 2019, the Westminster at Oak Mountain girls soccer team is headed to the Final Four.

The Knights earned a spot in Huntsville as one of the last four teams left standing in the 1A-3A classification after taking down Bayside Academy 1-0 in the quarterfinals on Saturday, May 7.

The path back, however, didn’t come without its share of excitement.

In what was a thrilling defensive battle with Bayside, Westminster didn’t score what became the game-winning goal until Emily White was able to find the back of the net in the final three minutes of the game.

The defense held strong over the final two minutes, while that end of the field was also big for the entire game, posting the team’s 11th shutout of the season.

With the win, Westminster will now got a shot at redemption in a top-four battle with Trinity Presbyterian.

The Knights lost to Trinity 1-0 in the quarterfinals last year to come up one game short of a spot in the Final Four.

This year, the two will play in the opening game of the Final Four with Trinity entering at No. 3 as the defending state champ and Westminster at No. 4.