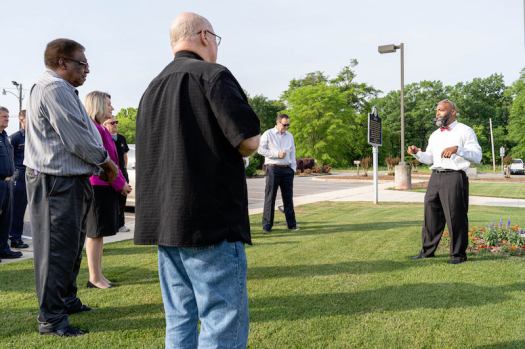 Derrick Morrissette of Mind of Christ International Church in Alabaster led a special prayer with city leaders and first responders on the morning of National Prayer Day. (Contributed/City of Alabaster) 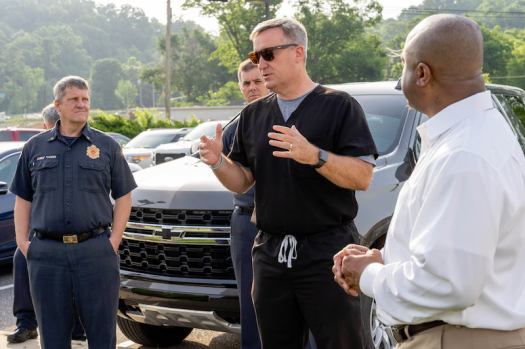 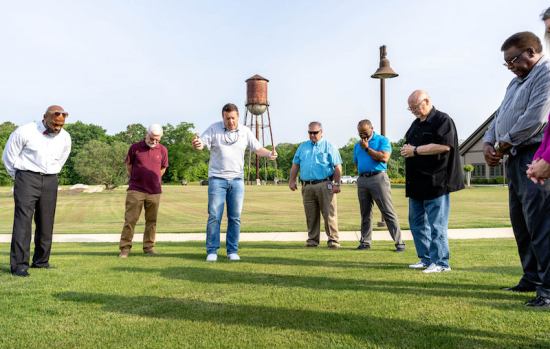 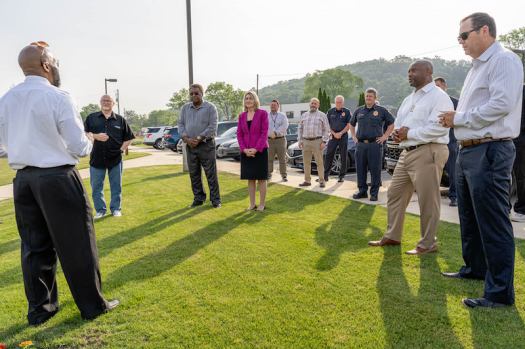 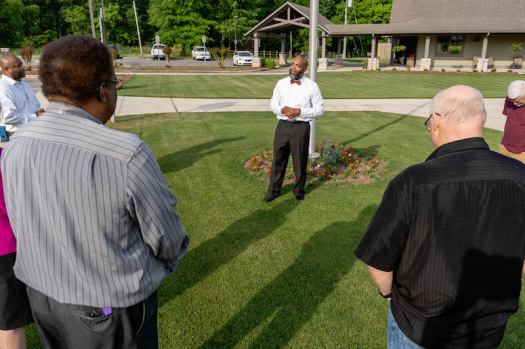 By AUBREE STELOGEANNIS | Special to the Reporter

ALABASTER – City leaders, first responders and members of the Alabaster community observed National Day of Prayer by gathering at the Alabaster City Hall on Thursday, May 5.

They prayed for unity and hope among the community, state, nation and world. The senior pastor of Mind of Christ International Church, Derrick Morrissette, organized this event in response to the state of our nation and world.

“I think it’s important for people to see that there’s still hope to hold onto,” Morrissette said. “Negativity and division have been an overriding theme in the last few years, so it is even more vital that city leaders and the faith-based community display hope and foster unity. A diverse group of people can come together and still have oneness in purpose.”

Chief of Police Curtis Rigney, Fire Chief Tim Love and Mayor Scott Brakefield were all present at this gathering, while veterans and local pastors also attended.

“My hope was to have a very diverse group that was representative of some of the major struggles that affect a community and nation,” he said.

The prayer focus of the meeting covered many areas, including the educational system, city government and military.

Going forward, Morrissette said he would love to organize another event like this one that would be open to the entire community.

“The whole community could get involved,” he said. “Every inch of the ground at Alabaster City Hall would be covered in prayer.”