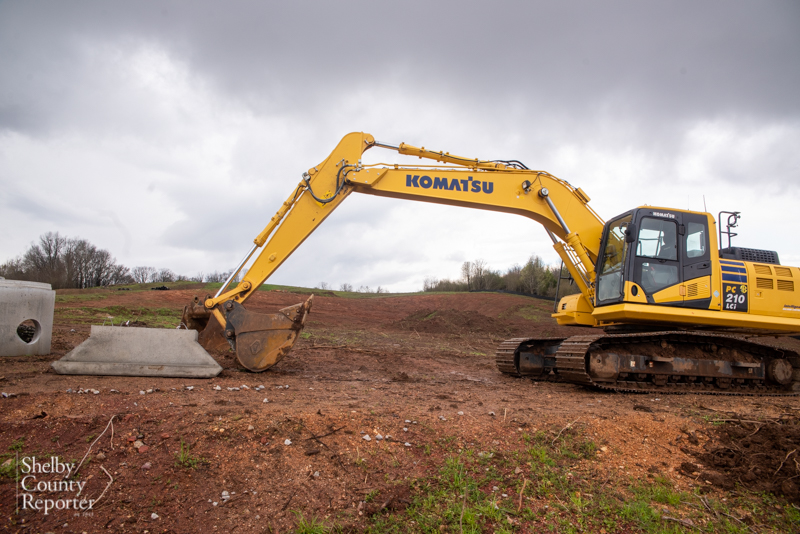 Shelby County Judge Patrick E. Kennedy ruled in favor of the Pelham Board of Education regarding construction on land owned by the BOE located in Helena city limits. (Reporter photo/Keith McCoy)

COLUMBIANA – A decision has been reached regarding the battle for land adjacent to Pelham High School but in the city of Helena after a lawsuit was filed by the city against the Pelham Board of Education back on Nov. 29, 2021.

The Pelham BOE had started clearing the 52 acres of land on the property it purchased in June of last year to build a sports practice field and parking lot on.

The lawsuit filed by Helena claimed that Pelham’s clearing of the land and construction activities, and the proposed use of the property by the Pelham Board of Education, are contrary to the Helena zoning regulations and other applicable permitting ordinances and are being conducted without the necessary permits and approvals of Helena.

On Friday, May 6, however, presiding Judge Patrick E. Kennedy disagreed.

“Temporary restraining order relief has been prayed for and is hereby denied,” the judge said in his ruling. “No party to this action has supported its prayer for relieve with averments that support damages that do not have an adequate remedy law.”

Kennedy said that as to the balance of the claims, the Pelham Board of Education exists and its power to act flows from Alabama law.

Kennedy said only two actions remain before the court—a request from Pelham’s board for permanent injunctive relief and money damages.

The Pelham BOE has 14 days to address why the city of Helena does not qualify for immunity to any and all claims, for negligence, carelessness, unskillfulness and recklessness.

“As to the request for permanent injunctive relief, the overarching issue in this action is the education of the children of Shelby County whether they reside in the Pelham Board of Education’s school district or the city of Helena,” Kennedy said. “The filings in this action suggest to this court that there has been a lack of collaboration to achieve that goal. That is unfortunate and this court encourages the parties to revisit their dedication to working together to achieve the government function of educating our children.”

With that in mind, Kennedy ordered the two parties to file a joint report within 30 days informing the court as to any attempts to mediate the remaining issues.