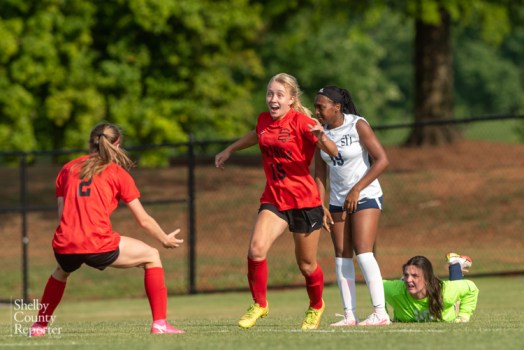 The Indian Springs girls soccer team took down No. 2 St. James in the semifinals of the Class 4A-5A playoffs on Thursday, May 12 thanks to a double-overtime, hat-trick goal from Norah Roller. (Reporter photo/Keith McCoy) 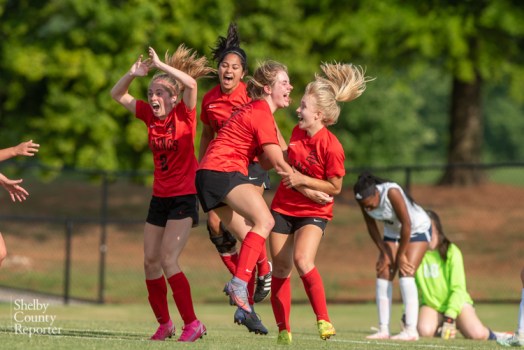 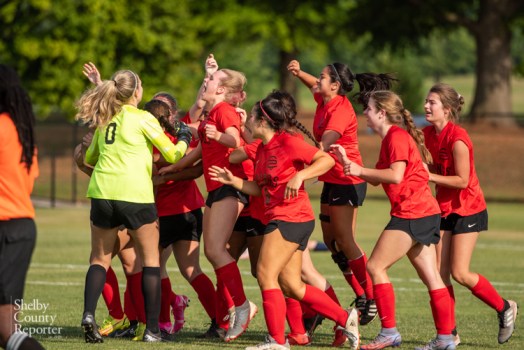 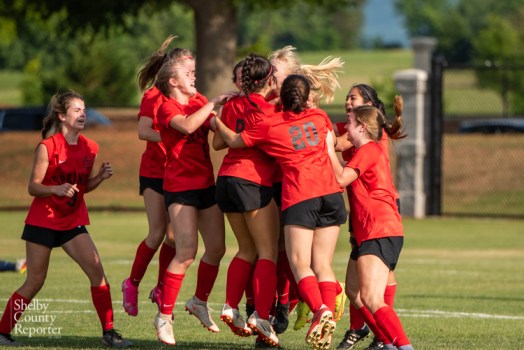 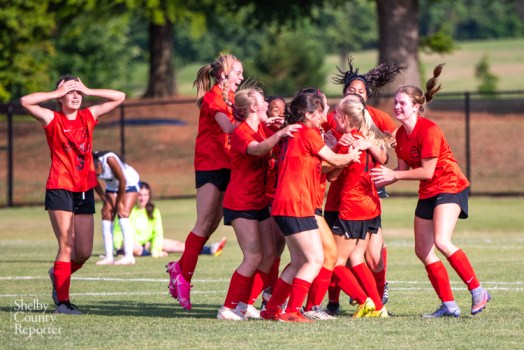 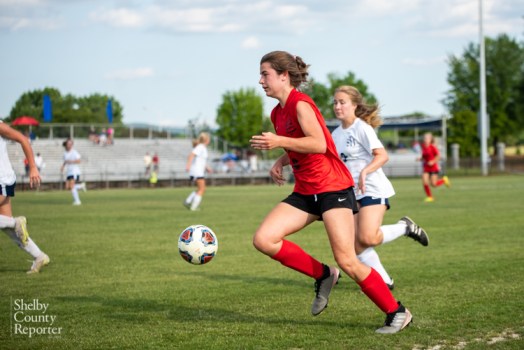 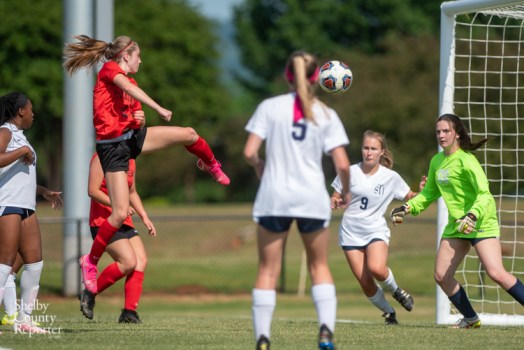 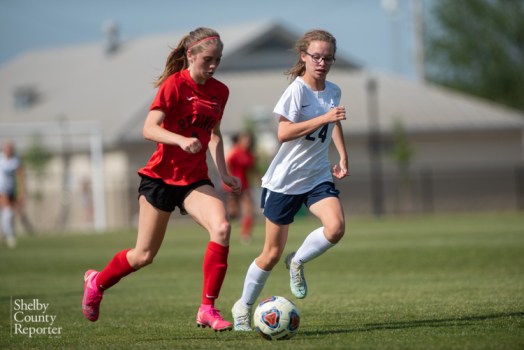 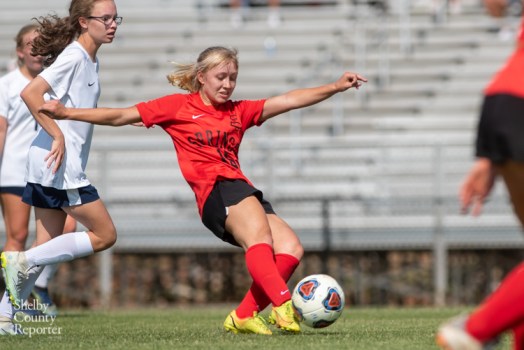 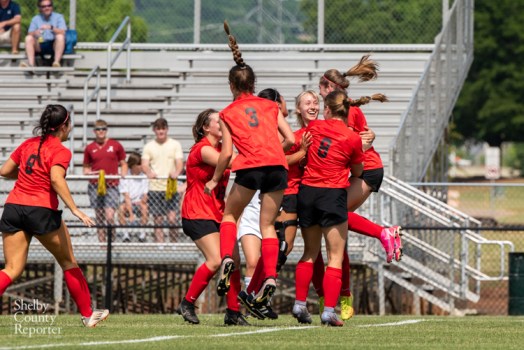 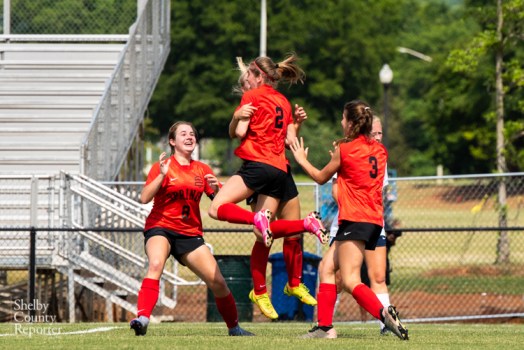 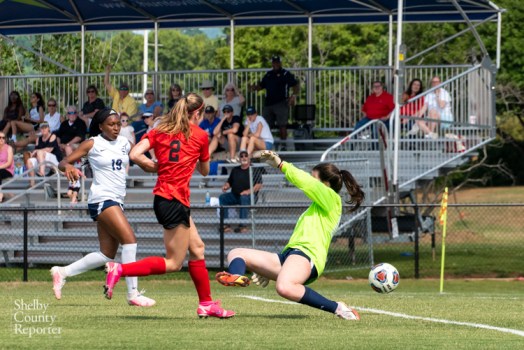 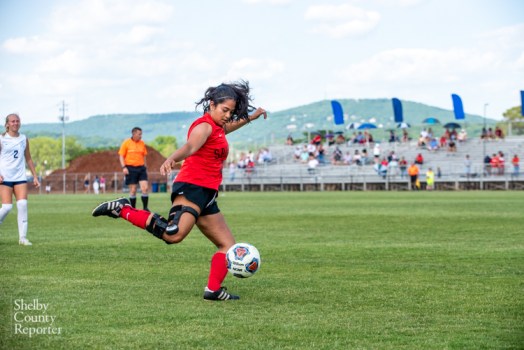 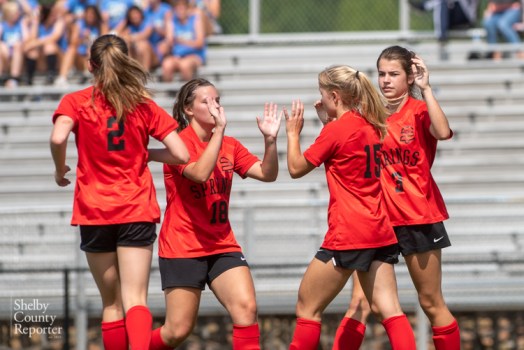 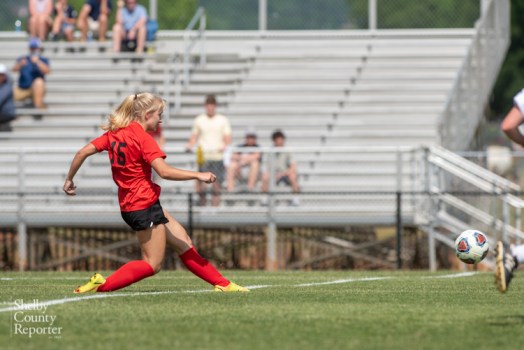 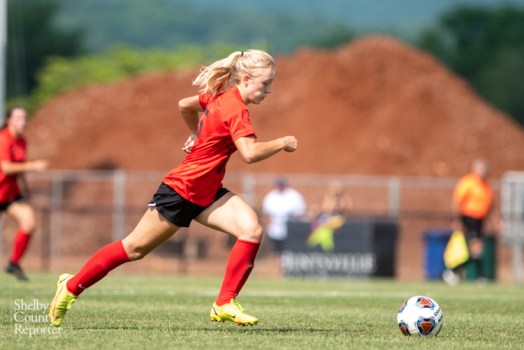 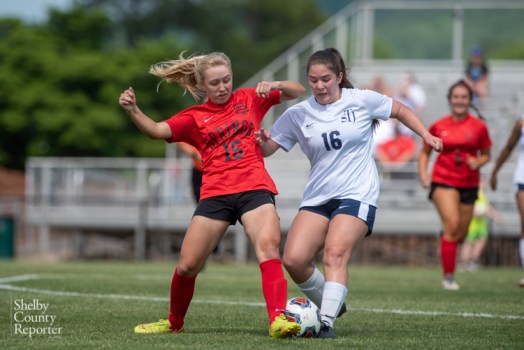 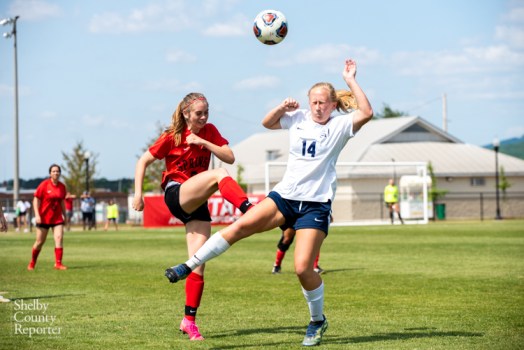 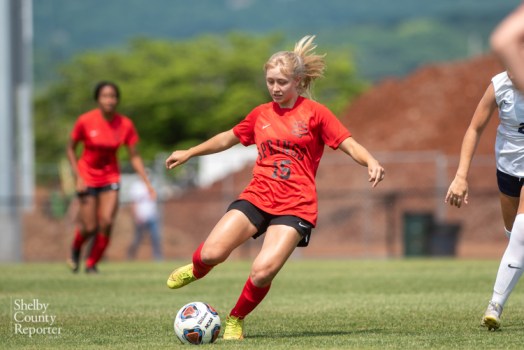 HUNTSVILLE – Not only did Indian Springs leading goal-scorer Norah Roller end up with a hat trick in the Final Four on Thursday, May 12, but the third-and-final goal of the hat trick sent her team to the state championship.

Competing at Huntsville’s John Hunt Park in the Final Four with a spot in the Class 4A-5A State Championship on the line, Roller and Indian Springs found themselves tied 3-3 with No. 2 St. James early in double overtime.

But after several chances went by the wayside late in regulation, the leader of the team decided it was time to end it.

With 4:15 left in the second overtime period, and penalty kicks inching closer, Addison Doyle placed a perfect pass to Roller, who buried a shot into the back of the net to give Springs a 4-3 overtime win and send the team into a frenzied celebration on the field.

Thanks to the one-goal win, Springs advanced to the Class 4A-5A girls title match on Friday, May 13 at 7 p.m. for a matchup with No. 9 East Limestone.

Entering the semifinal matchup, Indian Springs had the confidence of a 3-2 win against St. James already on the record just three weeks earlier, but the Trojans were hoping for redemption.

That showed early in the matchup.

Roller scored her first goal 15 minutes into the game unassisted, while Kennedy Doyle then scored the equalizer four minutes later off an assist from Addison Doyle.

That sent the game into the half tied 2-2.

Out of the break, however, it was much like the first half.

Katie Brightwell scored her second goal of the game six minutes into the second half to put the Trojans back in front 3-2.

But Roller had an answer once again.

Six minutes later, she took an open shot between midfield and the goalie box that found the back of the net on another unassisted goal to even the score 3-3.

Springs then get several good looks over the final three minutes of the game, while St. James had one shot on goal that was just saved.

Early in the opening overtime, the Trojans added another shot that Springs goalie Phoebe Rominger was able to get her fingertips on to keep the game tied, eventually forcing a second overtime.

That’s when Roller scored her second in a row and hat trick goal 1:45 in to give her team the win.

Roller took nine shots, five of which were on goal. Rominger gave up three goals, but she also made four crucial saves, including one in overtime to help give her team a chance at the win.