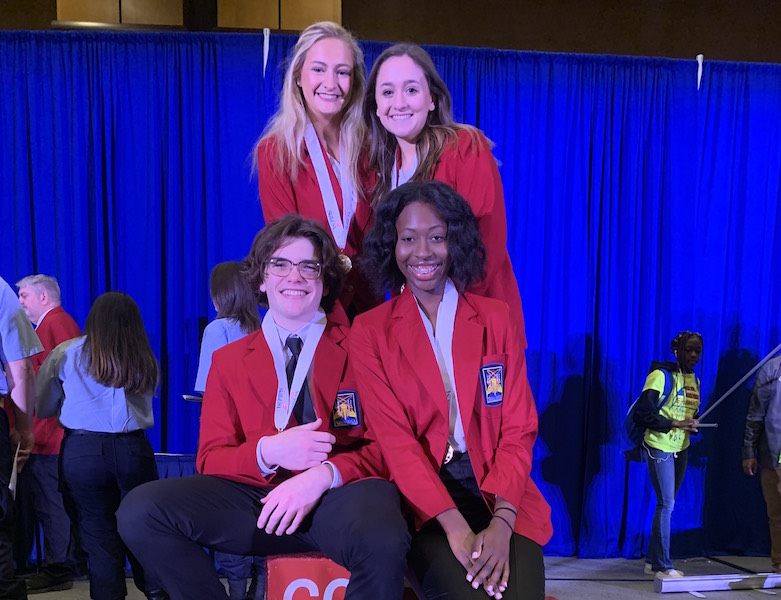 The team had 90 minutes to create a 3-minute newscast, for which they had to write scripts and create graphics utilizing UM’s Mass Communications department. The newscast had to include national, international, sports and two local stories. The students were given 30 minutes of studio time to practice and rehearse.

“It was really stressful just being in the room and having that time, getting everything together for a newscast,” Brown said. “It was stressful but it was very rewarding the next morning.”

Unfortunately, the team didn’t get recognized on stage due to an error in the announcement of winners. The next morning, however, they found out they had won.

“We were very shocked and excited once we did find out,” Brown said.

Now the team is preparing for the national competition in Atlanta, which will be held June 20-24, 2022.

“It was very rewarding to see these students work hard and compete in person for the first time in a couple of years,” said THS TV instructor Christina Chambers, who is in her first year teaching the program.

THS TV is part of Thompson’s TV and Film Academy, which consists of students in multiple grades but mostly upperclassmen.