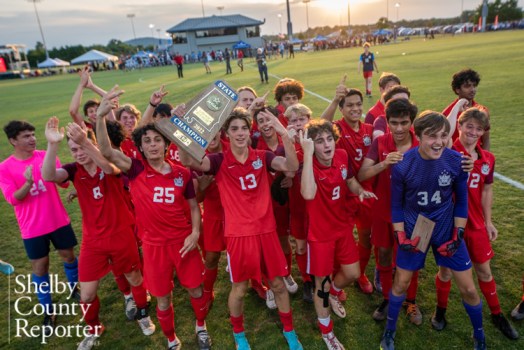 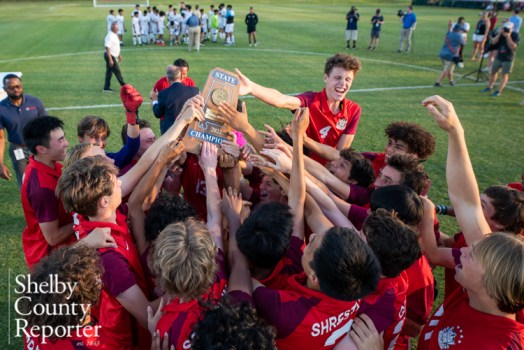 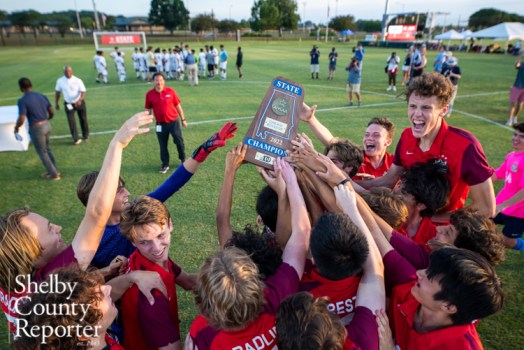 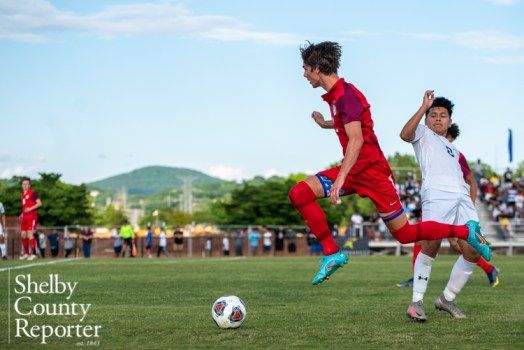 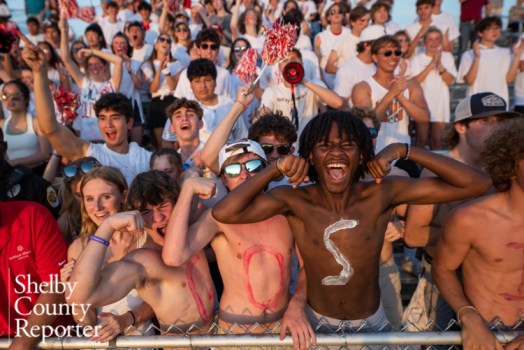 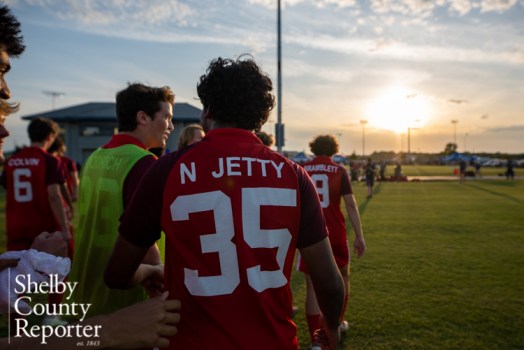 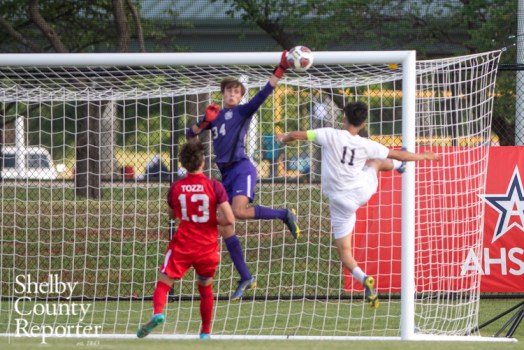 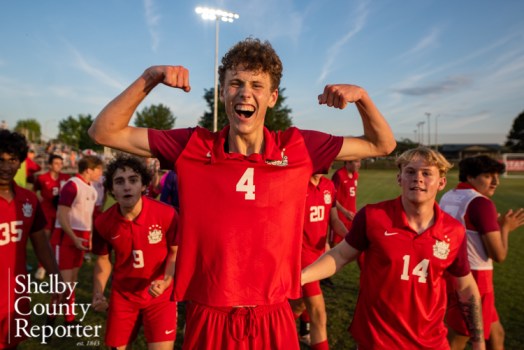 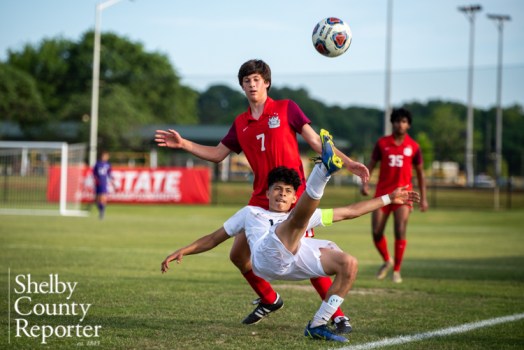 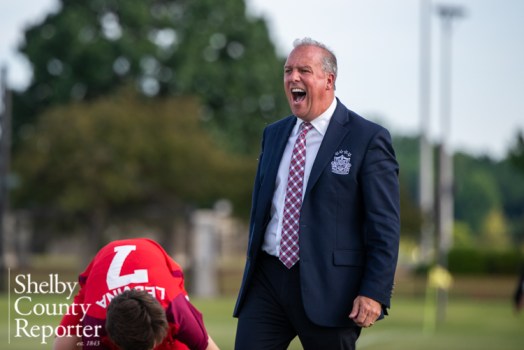 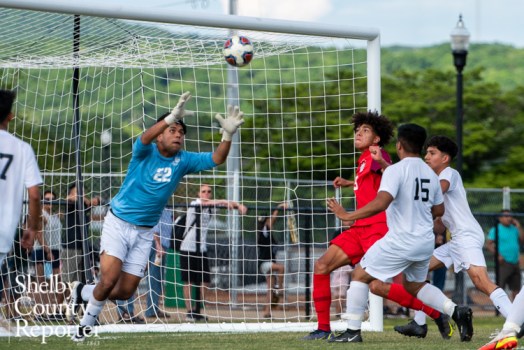 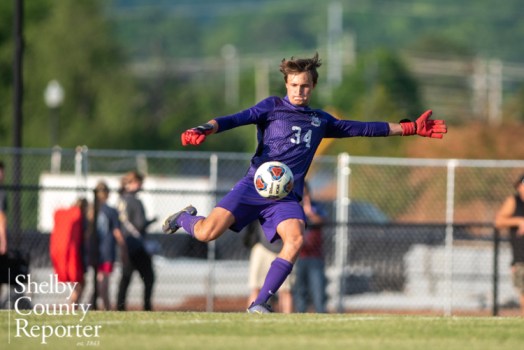 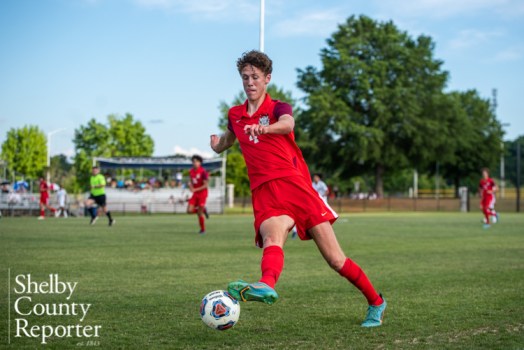 HUNTSVILLE – In a déjà vu like run, the Indian Springs boys soccer team capped off another state championship season on Friday, May 13 by beating Russellville in the title game for the second year in a row.

Fresh off a win against No. 1 Montgomery Academy in the semifinals a night earlier for the second year in a row, Springs came back a day later and outlasted constant pressure from the Golden Tigers to grab a 1-0 victory and repeat as Class 4A-5A State Champions.

“The fact that these guys ground out two games like this when we didn’t have legs a lot of places, as a coach, you can’t ask for more than that,” Indian Springs head coach Rik Tozzi said after the title win. “Wins like this are almost more gratifying than if we come out and look like a professional team, but they fought through it to win, and I couldn’t ask for anything more.”

In the first 12 minutes of the game, Indian Springs looked to be taking control with several chances, which ultimately led to an early advantage.

After Jackson Nabors powered the ball into the box, a penalty was called, leading to a penalty kick.

Nathan Tozzi stepped in to take the kick, and he didn’t hesitate. A night after making an important PK during a penalty-kick win against Montgomery Academy just to earn a spot in the championship game, Tozzi carried that over and laced a ball into the lower-right portion of the net for a 1-0 advantage at the 29:25 mark.

It took less than a minute for them to earn another chance, drawing another foul and free kick just outside of the penalty box.

The shot crossed over to Nabors, who got his head on it before it was batted down by the keeper and kicked away by the Russellville defense.

From there, however, the legs seemed to start giving out on Indian Springs, as they were forced to fend off constant pressuring from Russellville.

“They were just grinding it,” Tozzi said. “You know it was hard. My son, who is a motor, I could see him looking at me going, ‘Dad shut up, I just can’t go anymore.’”

Early on, it led to Springs going against the initial game plan. They were defending far back and not pushing the ball much.

“I honestly don’t know why we defended so deep,” Tozzi said. “That wasn’t our plan. At halftime, we changed the formation completely because I think as a coach, sometimes you just have to go with the culture of the team on the day. I drew everybody back into a Christmas tree kind of. If we had kept playing wide open today, the way our legs were from last night’s penalty-kick game, we would have struggled to stay in front.”

The defense and goalkeeper Sims Tosh were up for the task, as the decision to play a different style paid off.

The rest of the half, Russellville had chance-after-chance.

They ended up taking six shots, but they were only able to get two of them on goal, which led to a 1-0 lead for Springs at the half.

Tosh was able to make two big saves during a rapid stretch of pressure from Russellville late in the half to keep Indian Springs in front 1-0 at the break.

That was just the start for Tosh, who also had a big save a night earlier in the penalty-kick win.

In the second half, Russellville put together 20 different good looks on free kicks, corners or breakaways down the field, eventually creating a cluster in the box on multiple occasions.

Every time, however, Tosh or a defender was there to catch the ball or deflect it away.

Russellville ended up taking 20 shots in the second period alone and outshot Indian Springs 26-9 in the game.

They also earned seven corner kicks and 16 free kicks, but Tosh was able to make 13 saves, including several world-class saves to keep his team in front.

“Sims is quite simply the best high school level goalkeeper you’ll ever see,” Tozzi said. “I was a professional goalkeeper in England, and he’s got it. The ball at his feet, in the air, his composure, his ability to save, his hands, he’s got it all. He’s saved us quite a bit this year. Quite frankly, I don’t care what level you’re at, if you build from the back with a quality keeper, you’re going to be in the game.”

And in the state championship, and the Final Four for that matter, Tosh was a difference maker.

He went on to finish off the shutout victory in the title game and earned the Most Valuable Player award at the end of the night.

For Tozzi, it was a special to watch the group of 13 seniors close out the season with a second straight state championship, including his son who had the game-winning goal.

“I’m losing 13 seniors. I didn’t even know my school had 13 seniors, frankly,” Tozzi said with a laugh. “I’m losing my son and a number of guys he grew up playing with. It will probably hit me a little bit. I mean, I honestly think this group could have won three in a row if COVID hadn’t struck. That’s how special this group has been.”