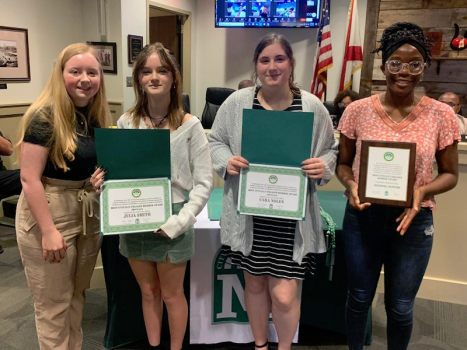 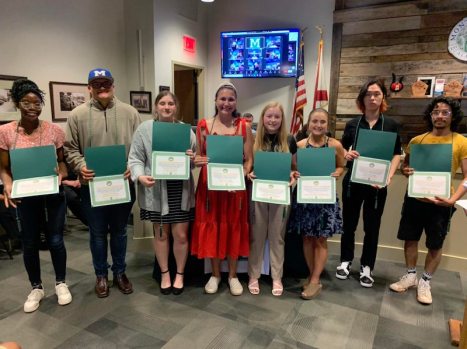 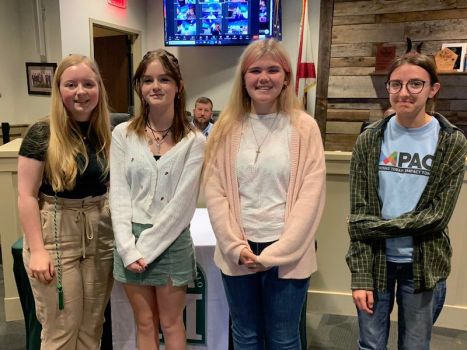 “The Shoal Creek Park Foundation met a couple weeks ago and approved their side of this memorandum,” member Herman Lehman said. “Basically, it’s just a way to lay out our plans to raise money for improvements to the park and have the city accept those plans so we can go out and get funding.”

Lehman said the foundation’s goal is to raise $300,000 for trail improvements and $200,000 to go toward renovations to the house, which Betty Mahler donated to the city in 2013 as a part of her family’s 167-acre estate with the stipulation that the city develop it into a public site called Shoal Creek Park.

Plans for the trails include using limestone aggregate to make them ADA accessible, enabling people of all mobility levels to enjoy the park.

“Our end of this is the fundraising effort,” Lehman said of the foundation. “We won’t bring the construction drawings to you for approval until there’s a sufficient amount of money to move forward. This is just to get us started, to have a plan. Nothing will be done or spent until the city approves the bids.”

“I think we’ll get some good support for this, we just need to get going, and that’s what the brochure is intended to do,” Lehman said.

In other business, the council voted to accept a resolution from the Montevallo Planning and Zoning Commission recommending a property located on Gardner Street be rezoned from R2 to Special District to allow for storage of recreational vehicles, such as boats and campers.

“When this was brought before the Planning and Zoning Commission, our two primary concerns were that the fencing around the structure had appropriate screening so that it wouldn’t be an eyesore on the neighborhood and also that any lighting inside the facility would not encroach upon the residential neighbors of it,” Councilmember David King said. “The parcel many years ago had been used for some storage facilities, and there are no structures there that are being used in residential at this point. By zoning it Special District, you essentially lock this piece of property into this use. If they wanted to do something else with it later, they would have to come back through the process.”

The 1.98-acre property is located near Briarwood Apartments, between Gardner Street and Melton Street, and contains a commercial building previously used by BellSouth as a service office.

The applicant has presented a site layout plan that includes maintaining the existing building for an office and expanding the pavement area to include up to 30 recreational vehicle parking spaces, City Clerk and Treasurer Steve Gilbert said.

In addition, the applicant has also presented a site layout plan that includes maintaining the existing building for an office and expanding the pavement area to include up to 30 recreational vehicle parking spaces.

The applicant must submit a fully engineered site plan that complies with the approved special district site layout plan, as well as include in their site plan application appropriate screening, fencing and lighting in character with surrounding residential structures.

A public hearing will be held regarding the matter, and an ordinance will come before the council at its next meeting.

Mayor Rusty Nix said Gilbert did an outstanding job of representing the youth in Montevallo in her two years as junior mayor.

“I’m so thankful for the opportunity to serve as junior mayor and represent all the amazing young people in Montevallo by sitting on the dais,” Gilbert said. “I’m super thrilled and so excited to see Julia Smith take this seat. She’s going to do an amazing job.”