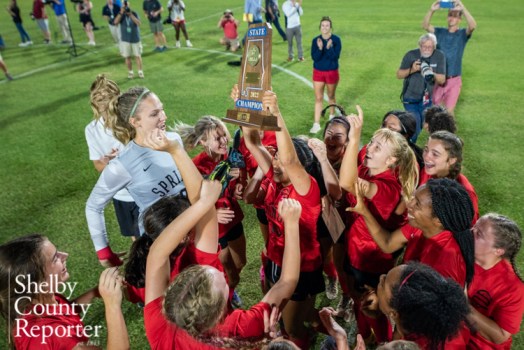 The Indian Springs girls soccer team won its third state championship in school history on Friday, May 13 with a 5-0 shutout of East Limestone. (Reporter photo/Keith McCoy) 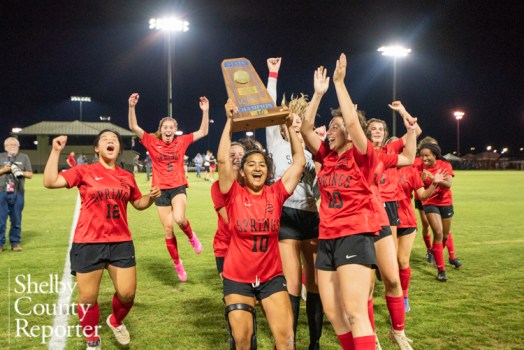 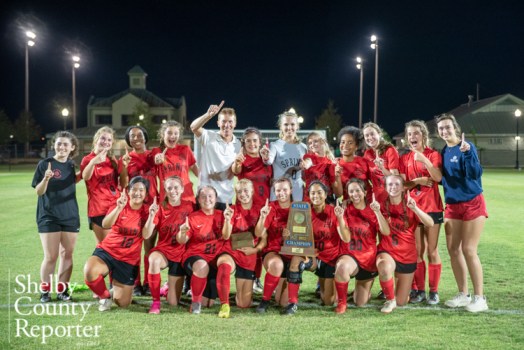 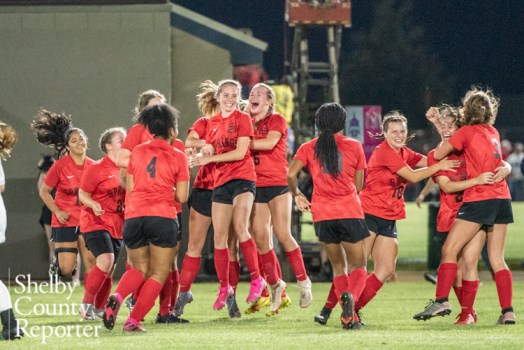 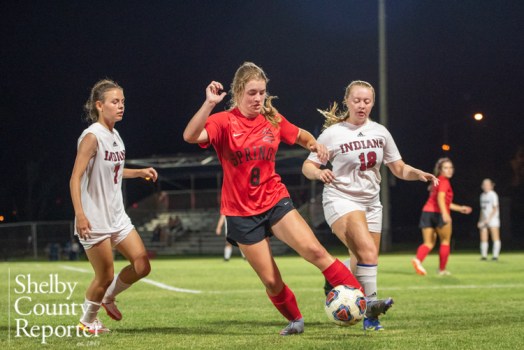 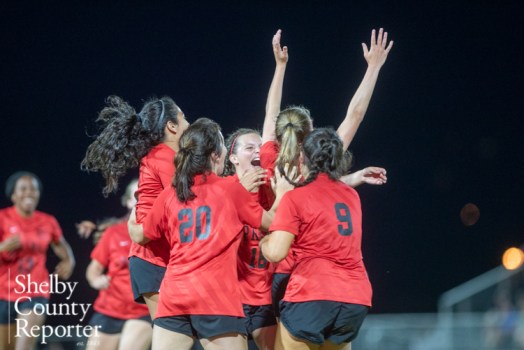 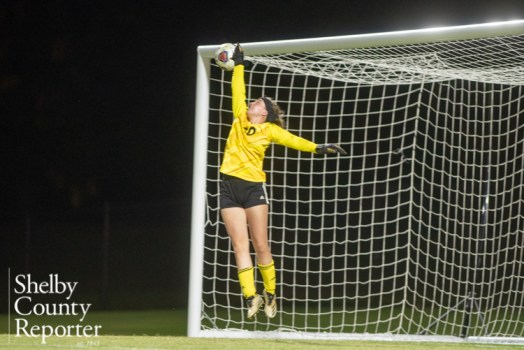 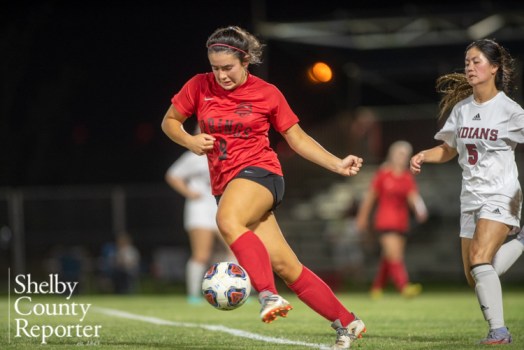 HUNTSVILLE – When he met with his team before the season, Indian Springs girls soccer head coach Justin Pino told them this year’s group was a Final Four team. What they didn’t know at the time was that they were also a state championship team.

On Friday, May 13, that became reality for the Indian Springs girls soccer team thanks to a 5-0 shutout of East Limestone to claim their first state championship since 2005.

“It’s been 17 years,” Pino said in disbelief after leading the team to the title win. “We’ve had a couple of Final Four runs, but for the girls, it was trying to get over that hump and try to explain to them that, ‘Hey, we have a tradition here. We’ve gone through a little bit of a drought and haven’t been able to win a state championship, but it’s here for the taking. It is possible.’ Our goal was the Final Four, and once you get there, anything can happen. We proved that and came out on top.”

The 4A-5A championship was something the group hoped to accomplish after falling by one goal in the Elite Eight to rival John Carroll a year earlier.

“It’s kind of surreal. At the beginning of the season, I told the girls we were a Final Four team,” Pino said. “Last year, we lost in the Elite Eight by a goal, but it was all just about getting back here. We had a good group of players coming back and the goal was just to take it one game at a time. We just kept finding a way to win. Players stepped up and improved throughout the season. They continued to work and have each other’s back. I’m just so excited for them. I’m excited for our fans, our school and our community.”

And after a 4-3 overtime win a night earlier against Saint James, Indian Springs entered the championship matchup with no expectations other than to play their hardest.

“We came into this game without expectations,” team leader Norah Roller said. “We just played as hard as we could hoping that we would win, and the results came.”

Not only did the effort pay off in the long run for Indian Springs, but it paid dividends early in the game.

Before anyone could blink, Springs had jumped out to a 3-0 lead in the first 21 minutes of the game.

Beth Scarborough scored the first goal 2:22 into the game after the ball was pushed into the left side of the penalty box. It ended up on the foot of Roller, who slid the ball over to Scarborough.

Deep in the goalie box, Scarborough calmly fired the ball into the back of the net for the 1-0 advantage.

Then, Roller made her presence felt.

After scoring a hat trick the night before, she scored two goals within six minutes of each other over the next 18 minutes of action, giving Indian Springs a 3-0 lead with 26:03 to play in the opening half.

“I’ll tell you, I’ve run out of adjectives to describe her,” Pino said of Roller. “I’ve been in this game a long time and she is hands down the best player I have ever coached. Her ability to see the field and the creativity and her ability to cut and to move. She’s a great player, but she’s also a great person and a team leader. She has all the intangibles you want. She’s as good as it gets in my opinion.”

The next 20 minutes went by quietly to send the game to the half with Springs in front 3-0, but that was far from the final action of the night.

In the first four minutes of the second half, Roller got a good look at the goal, but the shot ricocheted off the keeper. Luckily for Indian Springs, it rolled right to Chloe Williams.

Williams had a second to gather the ball and let a lengthy shot fly toward the goal that bent over the keeper’s hands and into the back of the net for a 4-0 advantage.

That swung all momentum into Indian Springs’ favor, but there was still some unfinished business for Roller.

She was hoping for a second consecutive hat trick, and her wish came true with 6:24 to play when she buried another shot into the back of the net for what became the final goal of a 5-0 championship shutout.

“It’s awesome. I came into this game thinking and hoping I would get a hat trick,” Roller said. “Then, I just set my mind to it and I was like, ‘OK, I’m going to do it.’ I love my team. They support me so much and everyone was so excited to see me get the hat trick. It feels great, and we’re state champions.”

Roller said she isn’t afraid to take shots when she gets them because of her feel for the game.

“I feel like I have a good sense of the players around me and the defenders, so when I get a chance and see the open goal and I know I have a shot, I just take it, even if it misses, which most of the time it does,” she said. “But when it goes in, it’s an amazing feeling.”

Indian Springs was led by Roller’s hat trick, while Scarborough added one goal and one assist. Shadie Shrestha also had an assist, while Williams added her goal as well.

In goal, Phoebe Rominger had two saves and put together a clean sheet for the shutout.

The championship win marked the third in school history for Indian Springs with the previous two coming in 2003 and 2005.