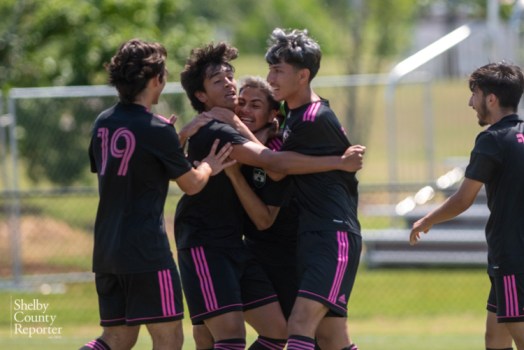 Pelham’s boys soccer team took down McGill-Toolen 1-0 on Friday, May 13, earning redemption for a 3-2 loss in the semifinals last year as well as a spot in the 6A State Championship Saturday. (Reporter photo/Keith McCoy) 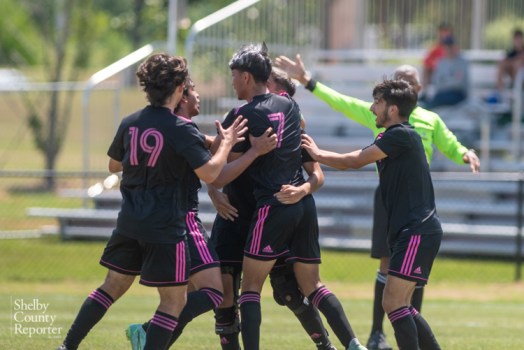 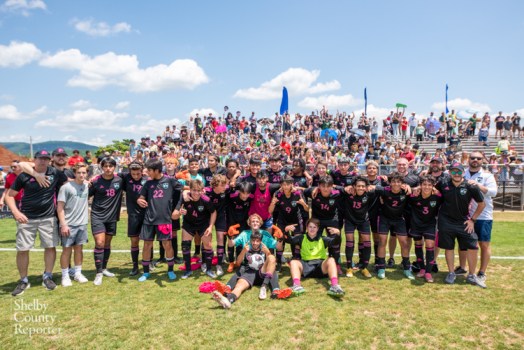 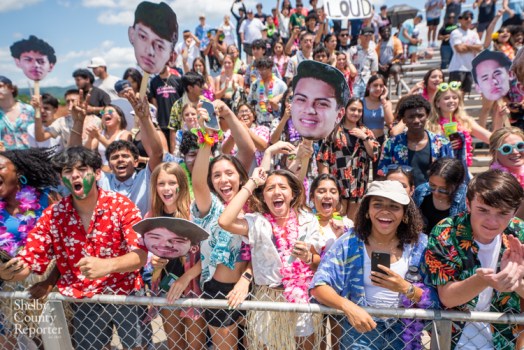 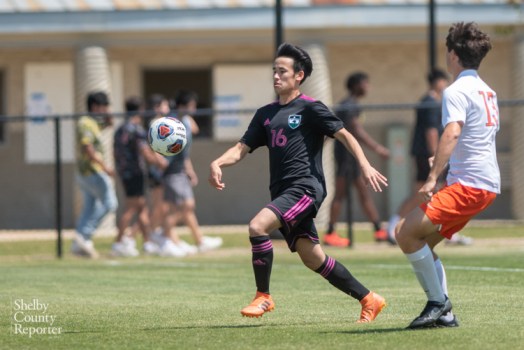 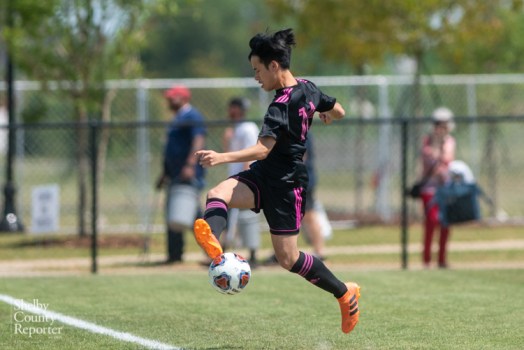 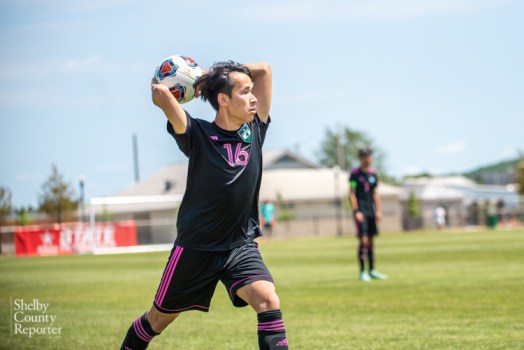 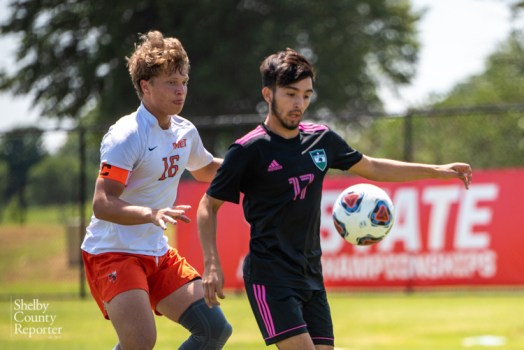 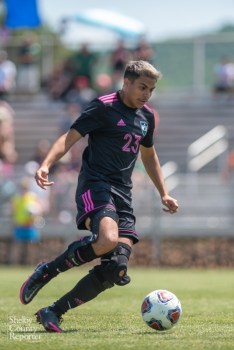 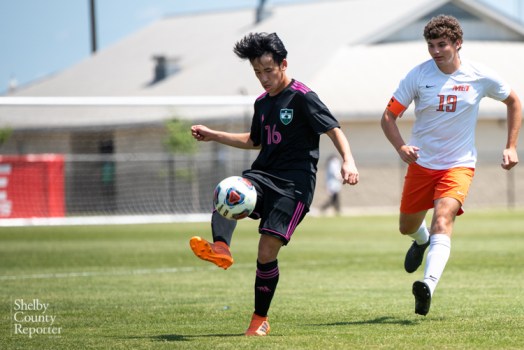 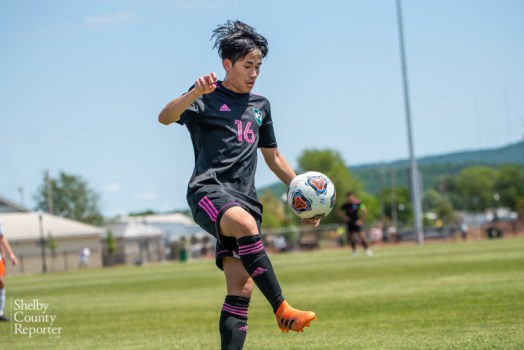 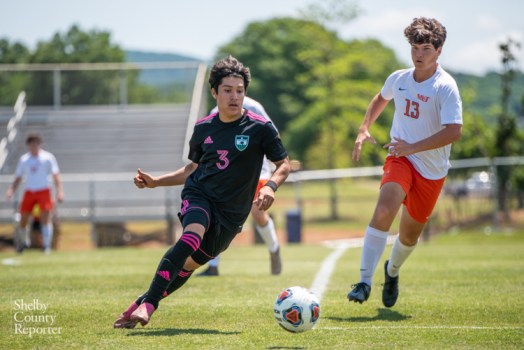 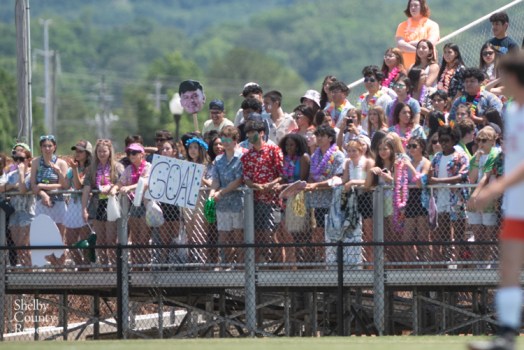 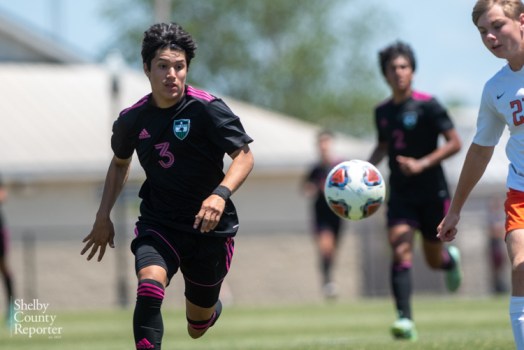 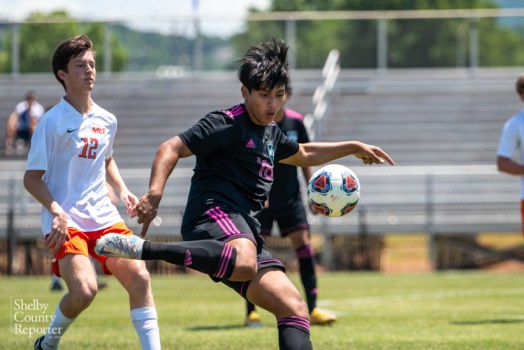 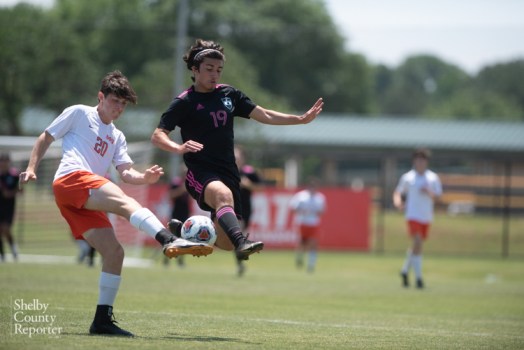 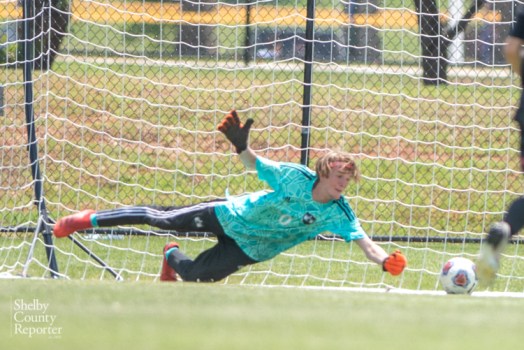 HUNTSVILLE – With his team in front 1-0 and McGill-Toolen pushing hard for an equalizer in the final 12 minutes, Pelham goalkeeper KJ Godwin faced a tough test in the semifinals of the Class 6A State Soccer Tournament at Huntsville’s John Hunt Park on Friday, May 13.

But the senior keeper also had revenge on his mind. After the Panthers lost to McGill-Toolen in the semifinals of the Final Four by one goal a year ago, the team was determined for redemption this time around.

And after his team gave him a 1-0 lead to work with, he and the defense were determined to keep it.

With 11:50 left, and nerves in full swing, he made his first of three huge saves down the stretch, fully extending his body to narrowly get his left hand on the ball and force it out of play.

Two minutes later, the Yellow Jackets earned a free kick, and Godwin was tested to his other side. This time, he laid out fully extended to his right and got his right hand on the ball to deflect it away.

Then, with 1:45 left, he passed his final test. After congestion found its way into the box, a shot went toward the left side of the net, but Godwin stepped right in front of it and calmly kept his team in front.

With his stellar play down the stretch and the defense fending off a strong push from McGill throughout the majority of the second half, the Panthers were able to hold on for a 1-0 win to advance to the Class 6A State Championship.

It continued a special stretch of play for Pelham, who has now won 20 of 21 games and hasn’t lost in the last 21 straight.

Looking for redemption from last year, and with the momentum of the win streak, the Panthers came out and took control over the first 20 minutes of the game.

It only took 6:39 to get the scoring started when the Panthers earned a free kick from close to 40 yards out.

The ball was played into the box by Clever Esquivel, and after being fought for by Kevin Garcia, the ball found its way to the foot of Mark Valladares.

Valladares used the outside edge of his right foot to push the ball strongly back toward the goal, beating the goalkeeper who was directly in front of him for a 1-0 lead.

The Panthers went on to dominate the first 20 minutes of the game, earning several more chances, but nothing came of it.

From there, McGill-Toolen started looking to fight back.

The Yellow Jackets earned a corner that was cleared and then a breakaway after a Pelham defender fell down. The shot, however, sailed just high of the outstretched Pelham keeper with 15:10 left to keep the score 1-0 in Pelham’s favor.

The rest of the half was more balanced.

Pelham earned two more good looks but couldn’t find the back of the net, as the Panthers took a 1-0 lead into the half.

The second half featured a motivated effort from McGill-Toolen, as the Jackets looked for the equalizer.

They outshot Pelham 7-3 in the period, after the Panthers outshot them 6-4 in the first half.

The two teams also earned a combined nine corners in the second half alone, four from the Jackets and five from the Panthers, but both defenses and keepers came up big.

Godwin saved five shots, including the three big ones down the stretch to help lead his team to the win.

The third-ranked Panthers will now take on No. 1 Mountain Brook in the championship game Saturday at 10 a.m.

Pelham has given up one goal or less in 14 straight games, including shutouts in nine of those, while the Panthers have given up more than one just twice this season.

Mountain Brook has given up one goal or less in 19 consecutive games and has shutouts in 12 of the last 13 games. The Spartans have shutout 18 of their 28 opponents this season.