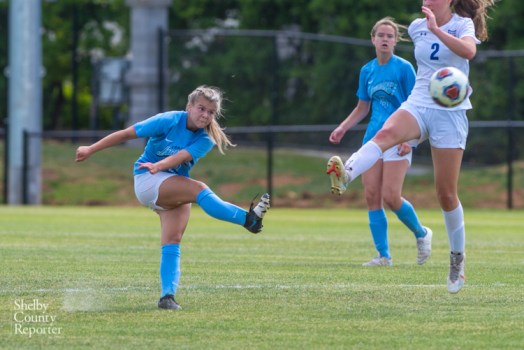 Spain Park’s Marybeth O’Bryant scored on a goal with four seconds left to give the Jaguars a 2-1 Final Four win against Vestavia Hills and a spot in the Class 7A championship game. (Reporter photo/Keith McCoy) 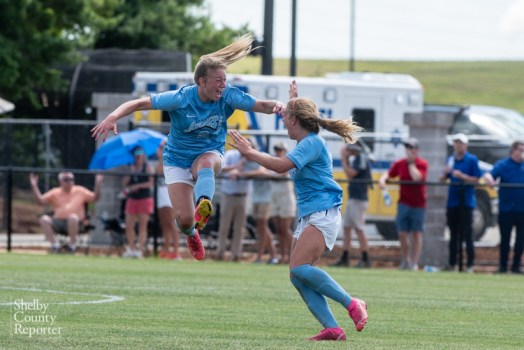 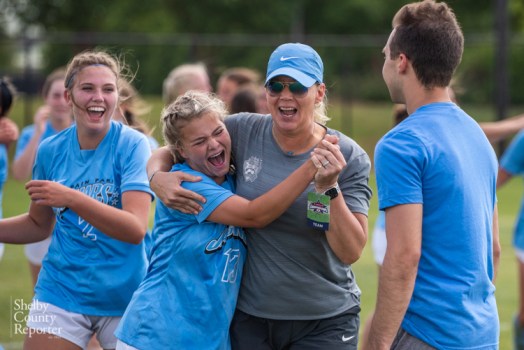 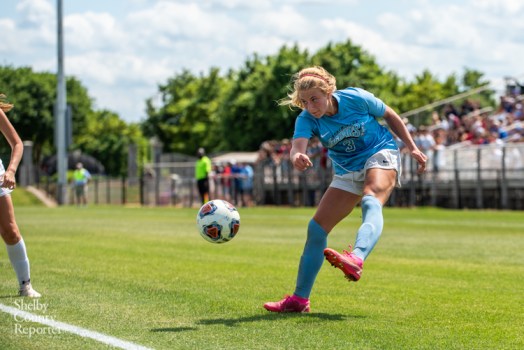 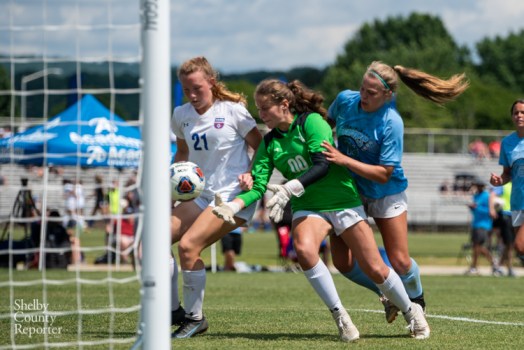 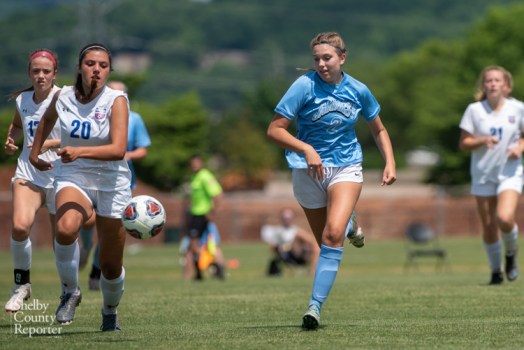 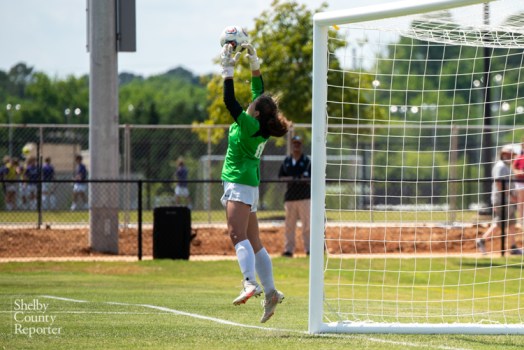 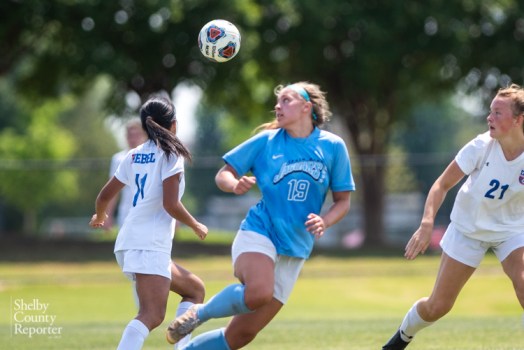 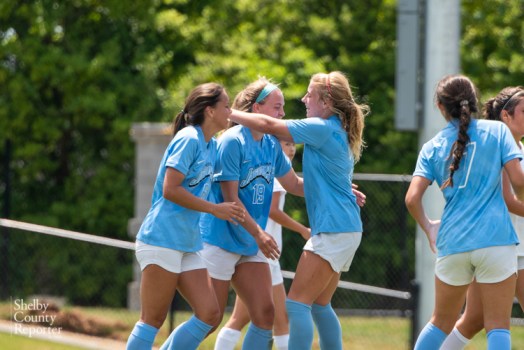 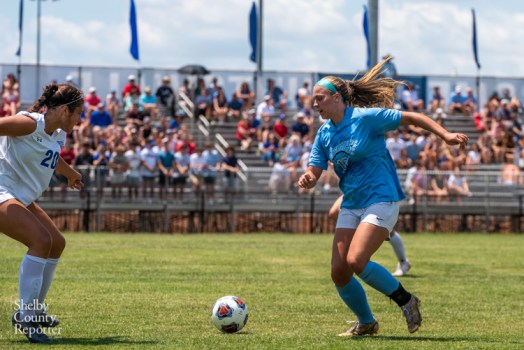 HUNTSVILLE – With the final seconds of a Final Four battle with Vestavia Hills ticking off the clock, Spain Park’s Marybeth O’Bryant received a pass from a Addy Soehn, settled it on her right foot, planted and let a prayer fly.

Her shot bounced 5 yards into the penalty box and right toward the Vestavia Hills keeper. But as it reached the keeper, it bounced higher than expected, slid through her hands and into the back of the net for a game-winning goal with four seconds left.

The goal broke a 1-1 tie in the final seconds, as the Jaguars picked up a 2-1 victory to avenge two regular-season losses to the Rebels and punch a ticket to the Class 7A State Championship game on Saturday.

Spain Park controlled the ball for the majority of the final 21 minutes of the game, but the Jags were unable to capitalize until the final seconds.

They had one shot blocked on a diving save from the Vestavia keeper and then hit the crossbar twice, all in the span of three minutes.

But with that constant pressure, the Jags wore down the Rebels and fought down to the end, which eventually led to a throw in from the left sideline with 15 seconds remaining.

The ball was quickly passed over to the center of the field before finding its way to an open O’Bryant for the game-winner.

The exciting end to the game matched the action of the first half, as the game started quietly with the two teams trading possession throughout the opening half before a furious finish.

After a first 37 minutes of scoreless action, the game quickly took an offensive turn over the final three minutes of the half.

The Jaguars, who had been close throughout the half with five of their six shots on goal, were able to capitalize with 2:42 left in the half.

After a teammate headed the ball off a Vestavia Hills player, Spain Park’s Tatum Ahlemeyer was there for the deflection.

She extended her right foot just far enough to clip the ball and direct it into the left side of the net, catching the Vestavia keeper off guard for a 1-0 advantage.

But 1:15 later, the Rebels came right back with a goal of their own.

Lainey Whitson was able to capitalize on a quick push up the field when she buried a shot into the back of the net to send the game into the halftime break tied 1-1.

The Rebels built off of that confidence early in the second half and controlled the ball for the first 17 minutes of the period.

Spain Park’s Lillian Gourley was forced to make a few early saves in the half, while the Rebels squandered a few opportunities, including one shot that grazed the top of the crossbar.

The Jags, on their heels at that point, quickly shifted focus and started getting to the ball quicker, which led to them maintaining possession for much of the final 20 minutes, eventually wearing down the Rebels for the game-winning goal.

Spain Park will now play Fairhope for the Class 7A championship at 10 a.m. on Saturday. It marks the first trip to the championship game for the Jaguars since the 2011 season—a year they won the title.