HUNTSVILLE – Face down on the field with Mountain Brook players in full celebration mode, the Pelham Panthers were hurting on Saturday, May 14 at Huntsville’s John Hunt Park following a heartbreaking 2-1 double-overtime loss in the state championship.

As the tears flowed from the Pelham players, head coach Patrick McDonald was just as heartbroken for his guys, but he also couldn’t help but be proud of what they had done.

“I know it’s hurting right now for the boys because we ended up with a red map instead of a blue map, but the excellence that they are attaining is a testament to the hard work that they put in,” McDonald said. “As a coach, that makes your eyes water and your heart swell.”

It was a game that Pelham led 1-0 for the majority of the game, scoring on a tricky free kick 16:14 into the matchup, but Mountain Brook eventually scored the equalizer with 9:06 remaining to force overtime before they scored the game-winning goal with just more than a minute left in the second overtime for a 2-1 victory.

“This team has not lost a game since February,” McDonald said. “Their goal was to make it back here and win and be in the championship game. We were so close to realizing our dream. We were at the spot we needed to be in two overtimes.”

Ultimately, the Panthers took the early lead, but knew they were going to have to play a strong defensive game to come up with the victory, even with a 1-0 lead.

They did just that throughput, as the Spartans continually pushed the ball up the field, testing Pelham’s back line and goalkeeper KJ Godwin.

In the second half alone, Mountain Brook outshot Pelham 12-4, but the Panthers and Godwin continually made defensive play after defensive play.

“They bought in. They loved each other and were coachable. We were a very defensive team,” McDonald said. “We have a school record on shutouts, a school record on goals allowed. Just to see them have success because of that defensive mentality to understand that if we don’t get scored on, we can play with anybody in the state.”

And despite the onslaught of shots for the Spartans, Godwin never seemed to panic.

“He is such a calming influence back there,” McDonald said. “He plays big games at the right time and makes good decisions. He had a senior year to remember. He took the coaching points that we needed him to do to come out and be the starter and leader we needed him to be. He just exceeded all expectations that we asked for. He put up the best statistics in the entire Birmingham metro in goal. He kept us in games with big saves. He did it yesterday and he did it today. I’m going to miss him. A kid that just loves his team and loves his school.”

The constant chances for Mountain Brook, however, eventually paid off.

At no fault of Godwin or the defense, the Spartans just capitalized on scrambles in the box, which led to a big finish for Mountain Brook’s Vance Phillips.

The MVP of the game scored the equalizer with nine minutes to go, and then, after Pelham had just missed three extremely close looks in the first two minutes of the second overtime, Phillips won it with another scramble for the ball that ended in the game-winning goal.

Regardless of the outcome, McDonald said his group’s courage throughout the top-three battle was special.

“That was a testament to their mindset,” McDonald said. “Mountain Brook pretty much ran rough shot over everybody except us. We beat them earlier in the year and then we took them into double overtime.”

As for the 14 seniors, he knows the legacy they left was part of a special foundation.

“Pelham is always a home. It’s not only a community for them, but these kids come back and cheer them on,” McDonald said. “It’s a cool feeling to have. Those seniors will do well at the next level no matter where that is because they’re hard-working, coachable and they’re good kids. They really are.” 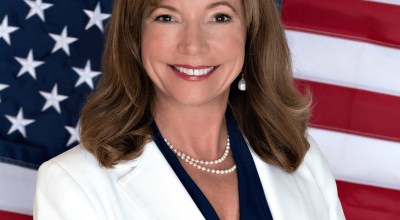 Over the hump: Indian Springs wins first championship in…