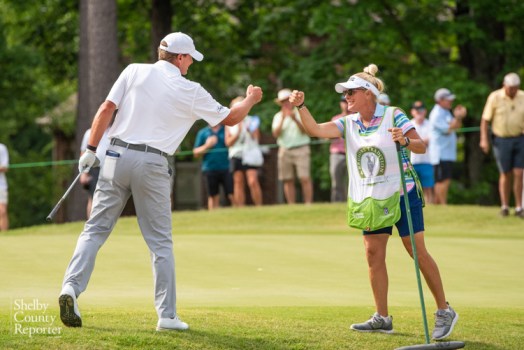 Steve Stricker fist bumps his wife and caddy Nicki Stricker after holing out from the bunker on 17 en route to winning the 2022 Regions Tradition. (Reporter photo/Keith McCoy) 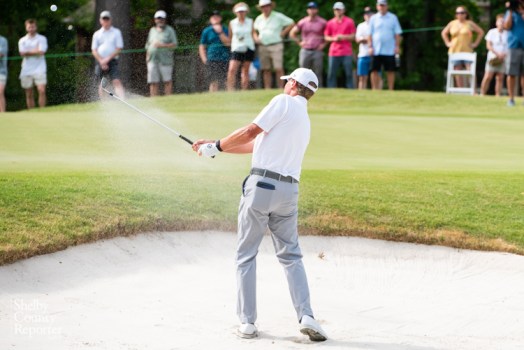 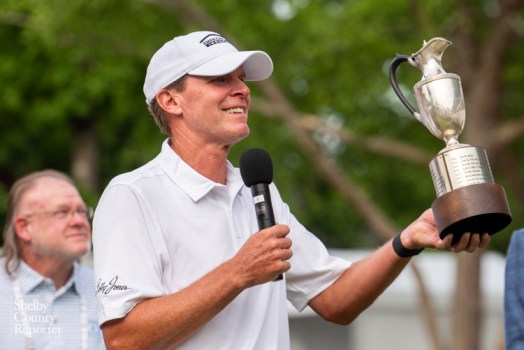 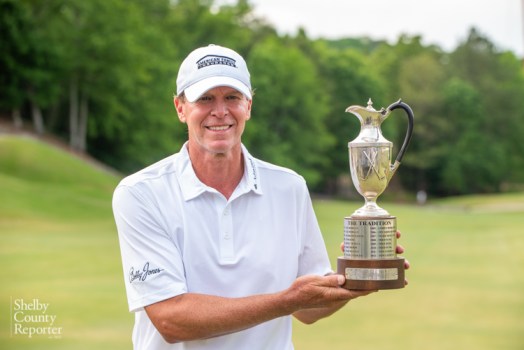 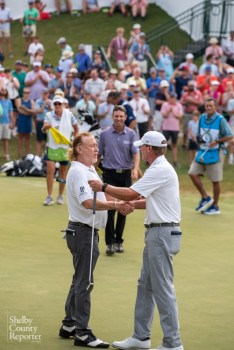 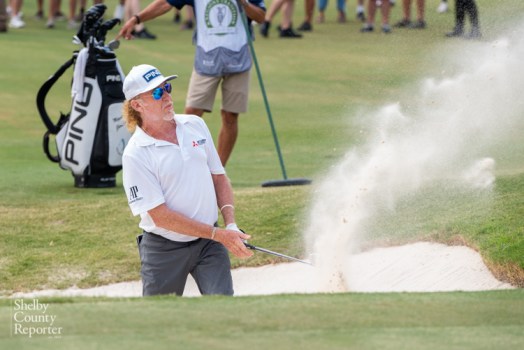 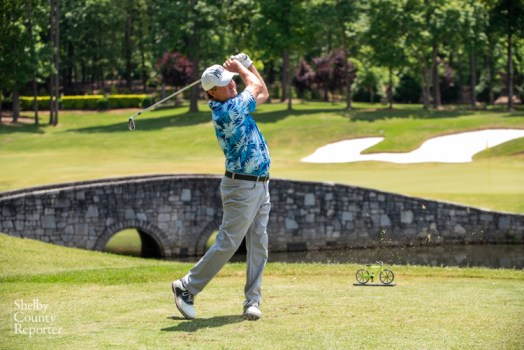 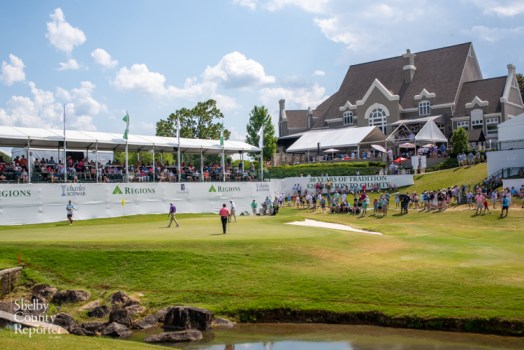 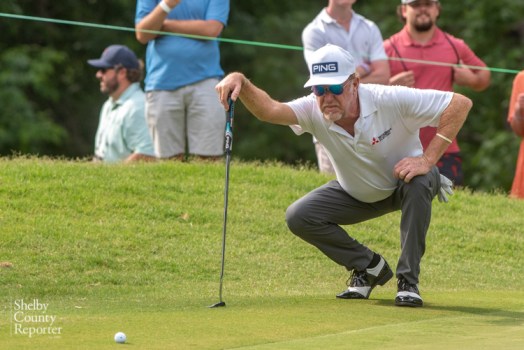 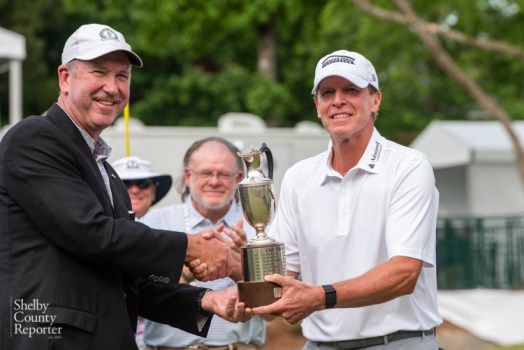 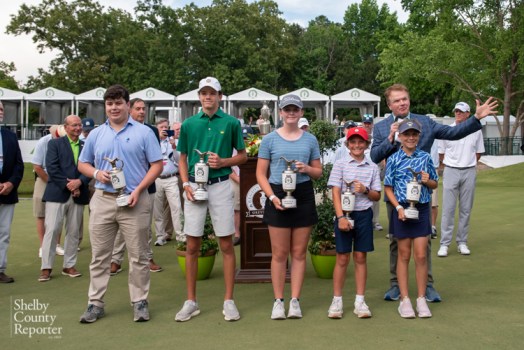 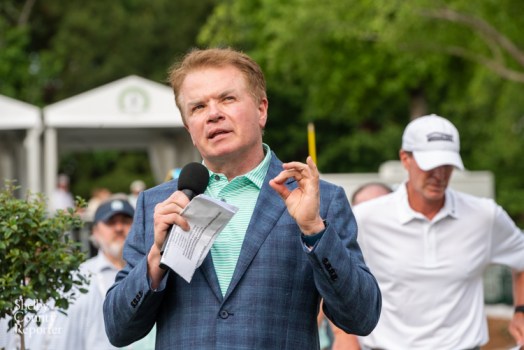 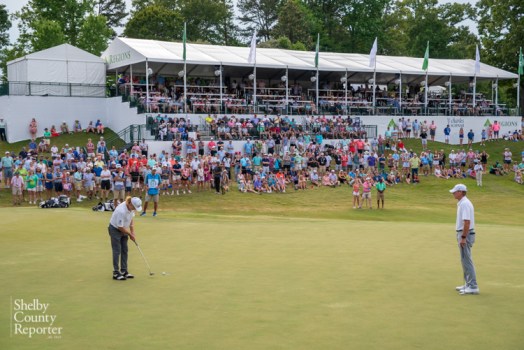 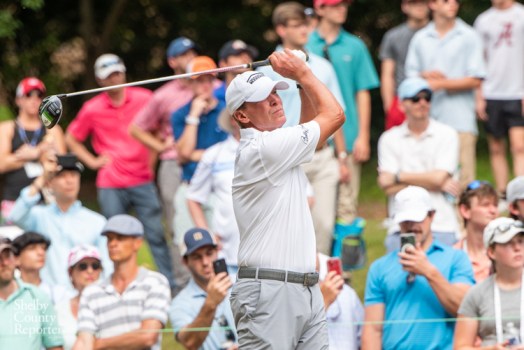 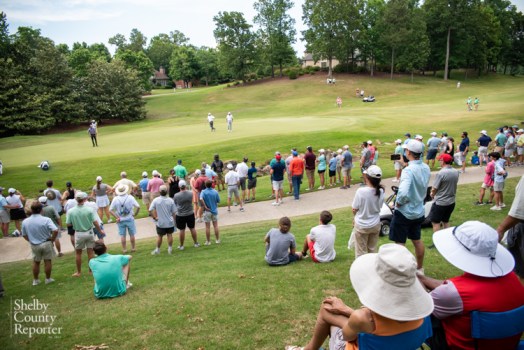 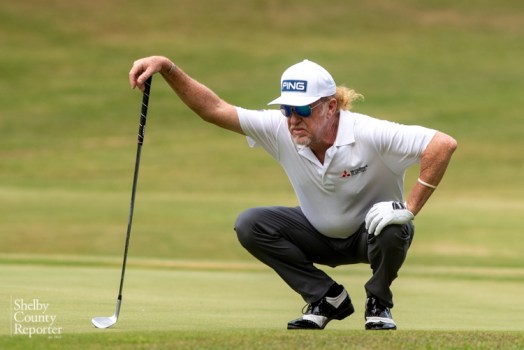 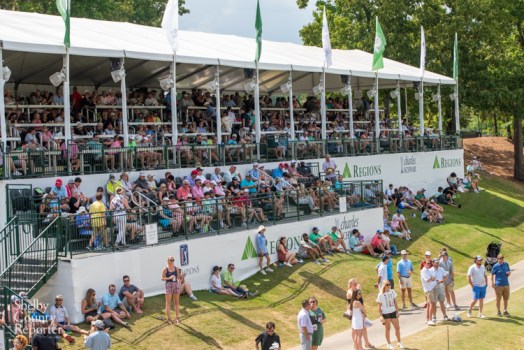 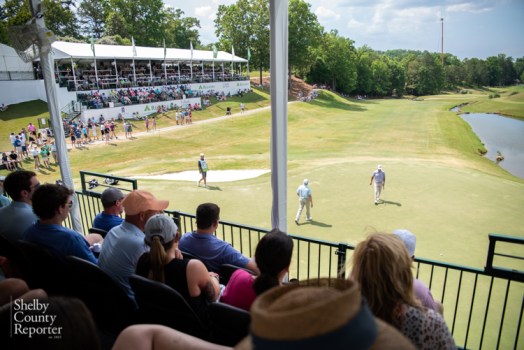 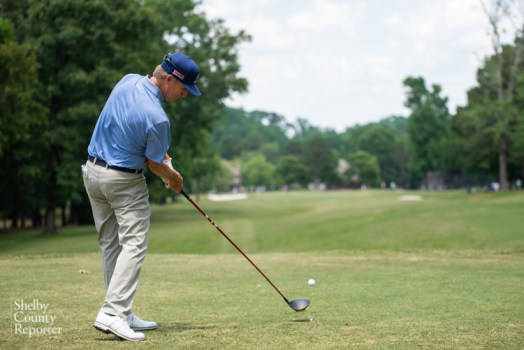 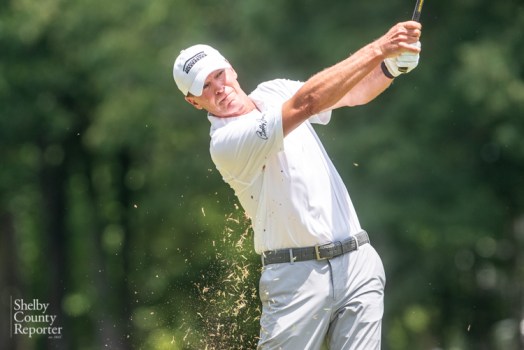 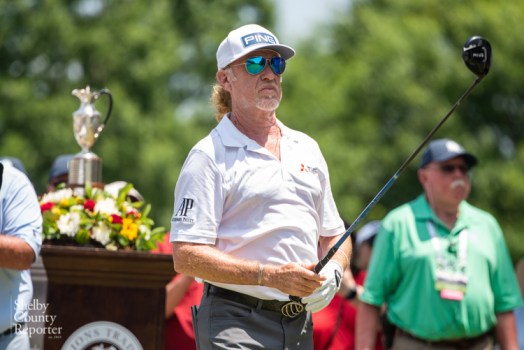 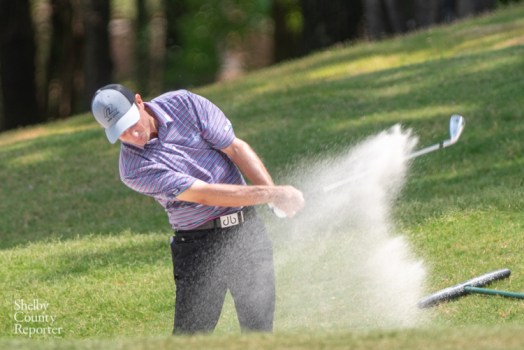 HOOVER – Standing in the bunker short of the 17th green, Steve Stricker prepared to take his biggest shot of the 2022 Regions Tradition at Greystone Golf & Country Club on Sunday, May 15.

With Steven Alker in close for birdie and Stricker four clear of him on top of the leaderboard, it seemed to be the last chance for a momentum swing.

Stricker, however, has battled overcame many obstacles the last six months, and this one would be no different.

He shuffled his feet in the bunker, took his stance and swung. With a thump of the club to the course white sand, the ball landed softly on the green and rolled into the hole for a birdie.

As the ball hit the bottom of the hole, the weight of the last six months seemingly lifted off his shoulders. He gave a fist pump, looked to his wife, also his caddy, and cracked smile, before giving a wave to the crowd and walking to the 18th tee more loose.

“The hole out from the bunker on 17 was nice so I could come here and kind of enjoy it a little bit on 18,” Stricker said after the round.

Alker went on to miss his birdie attempt, and Stricker then hit a perfect drive up 18, took his second shot tight on the par 5 and two-putted for birdie win the championship with a final-round score of 68.

It capped off a stellar week for Stricker, who led after all four rounds to win the championship for the second time.

For Stricker, the win was a relief after dealing with a mysterious illness that kept him off the golf course for months before returning at the beginning of this month.

“I progressed a lot the last couple of months,” he said. “I didn’t really know what to expect. My game was there some days and not there other days just because my body was changing. I go from losing 25 pounds to trying to put on weight. So I didn’t really know what to expect, so this is pretty surreal to be here as the champion of the Regions Tradition. I just couldn’t be happier.”

In his return to the PGA TOUR Champions, he has now finished tied for second in his first event back, tied for 10th in his second event and a major champion in his third event.

“Even coming back the first week in Houston, I answered a lot of questions and I went there with high expectations,” Stricker said. “I felt like I could play well and perform well. This is nice. To get this off my plate and continue to try to get better. I know I’m on the right path and I just have to keep working at it.”

He has now finished inside the top two at the last four Regions Traditions played, finishing second in 2018, winning in 2019, losing in a playoff in 2021 and winning in 2022.

“I joke that it’s the heat. It’s 90 degrees every day, but I enjoy the golf course,” Stricker said of his success at the tournament. “There are some shots where you really have to suck it up and hit a good shot. There’s five par 5s, so there are scoring opportunities. I just try not to make any mistakes going around here, and today I didn’t. I didn’t make a bogey today, so that’s always god when you’re trying to win.”

Even with his love for the course and success, the pressure of coming down the stretch with a lead was still an obstacle to overcome.

“It’s no fun. It really isn’t. You know, when you have a lead, you know, I got five or six shots at the tur, it can only go two ways and one of them is the wrong way,” he said. “I keep thinking about not trying to make a mistake and it’s hard to play golf that way. It showed at times. I wasn’t very aggressive at times and just trying to make pars. It opens the doors for players sometimes, but I hung in there, made some great up and downs and saves on the front side.”

Stricker finished with rounds of 65, 68, 66 and 68 to shoot 21 under and win by six strokes over Padraig Harrington, who finished in solo second at 15 under.

Steven Alkder, who pushed Stricker the most on Sunday, Miguel Angel Jimenez, Ernie Els, Rod Pampling and Stuart Appleby all finished in a tie for third at 14 under.

A total of 45 players finished under par at the end of the tournament.

Stricker carried a three-shot lead into the final round of the tournament and he posted two birdies on the two par 5s on the front nine to help open up the lead going to the back nine. From there, nobody got closer than four shots the rest of the way as he went on to finish with back-to-back birdies on 17 and 18 to close out the win.

“Seeing it all come to an end and finally getting back into the winner’s circle again is special,” Stricker said. “We didn’t know where this was going to be or how long it was going to take, so I’m excited to be here.”

He also said he and his family love the area, and threw in a local joke about U.S. 280 before saying he will always come back as long as he can.

“This is a great area. We enjoy coming here as a family. Our kids didn’t make it this year, but they’ve been here the last couple of years. We just enjoy it,” he said. “There’s a lot of good restaurants, a lot of people around. 280 I think is the busiest road in America, but it’s a fun place. We get treated very well here at Greystone and people come out to support the event.”