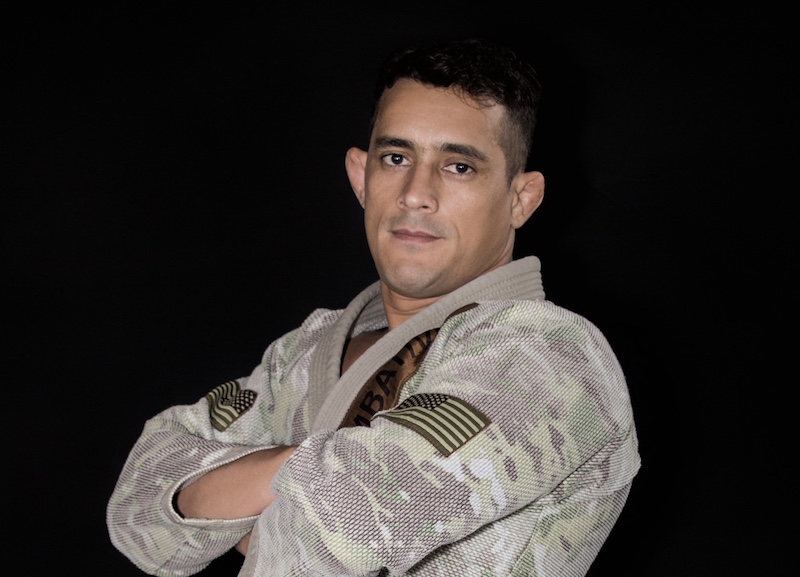 Raio Campos, owner of Ground Strike Grappling in Columbiana, will represent the U.S. in Jiu Jitsu at this summer’s World Games. (Contributed)

COLUMBIANA – Raio Campos, the owner of Ground Strike Grappling in Columbiana, will be representing the U.S. Jiu Jitsu team in the 85-kilos weight class at the World Games on July 15 at Birmingham Southern.

It was a special achievement for Campos, who grew up in poverty in a rough neighborhood in Brazil.

Jiu Jitsu, however, was his way out.

“I was a really shy kid,” Campos said. “People didn’t think I would make it. I was so shy they thought I was autistic.”

He realizes that his training in Jiu Jitsu saved him from a potentially worse fate because it gave him the confidence he needed to rise out of his situation and meet his obligation as a citizen to serve in the Brazillian army for five years.

Without that experience, he said he would not have survived in the army.

Ultimately he did more than survive. As he excelled in the sport, which he credits as his ticket out of poverty, he also began to thrive personally.

By 2011, he’d won the South America Championship, which gave him the opportunity to travel to the United States.

With that opportunity, came the chance for a better life in the U.S.

By 2017, he had risen in his sport to the level of World Champion in the Sport Jiu Jitsu International Federation. In September of that same year, he was able to open his business on Highway 25 in Columbiana called Ground Strike Grappling.

“I’d looked at opening my business in bigger areas like Hoover, but couldn’t find the partnership that could help me get going,” he said.

Columbiana offered a smaller town where he could start small with less.

“I was worried that there was so much emphasis on other sports here, I might struggle,” he said.

Ultimately, that worry faded, as it turned out to be the perfect place for him.

Campos said recognized that some of the kids in the rural areas nearby were growing up with real struggles, not unlike some of the ones he faced as a child, and this community offered him the chance to give back through the sport that God used to save his life.

“I try to teach them that they have to keep pushing forward,” Campos said. “They have to study and they have to learn to have a better life.”

Campos knows this from personal experience because he had to push himself to not give up as he struggled to learn a new language and earn his GED and pass the qualifications he needed to join the National Guard as a path to becoming a U.S. citizen.

Campos feels honored to represent the U.S. Jui Jitsu team in his next venture to rise as a champion and is elated that he has the chance to do it in his chosen state too. This will be his first competition as a team player.

Learn more about Ground Strike Grappling by visiting the businesses’s Facebook page by the same name or by visiting Groundstrikegrappling.com.