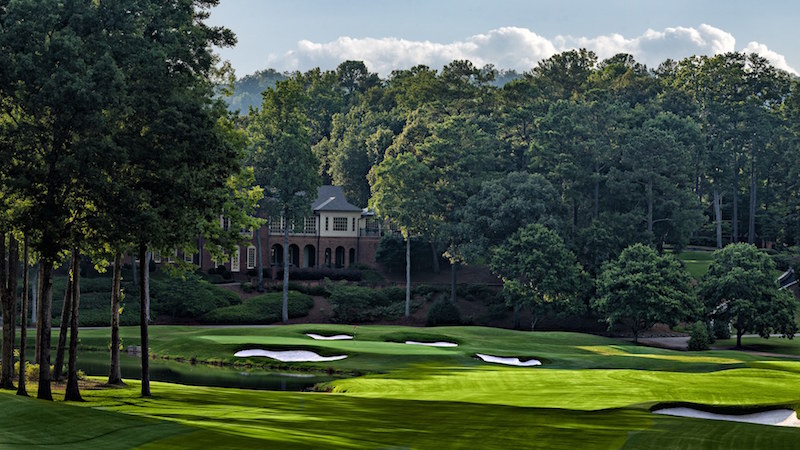 In May 2023, Shoal Creek Club and Bent Brook Golf Course will host the PGA WORKS Collegiate Championship, which will feature Historically Black Colleges and Universities and other Minority Serving Institutions from all over the country. (Contributed)

The PWCC, the most culturally significant championship in collegiate golf, features Historically Black Colleges and Universities and other Minority Serving Institutions from all over the country.

More than 200 student-athletes representing nearly 30 teams, along with 52 individuals, will compete in five divisions.

The PWCC was founded in 1986 by the National Negro Golf Association when HBCUs did not have the same postseason opportunities as other institutions.

Today, the Championship retains its founding vision to open doors for student-athletes from HBCUs and MSIs as well as other athletes from diverse backgrounds.

“The PWCC is an influential championship that goes beyond the golf course, so it is important to the PGA of America that we have a host site that understands its importance in collegiate golf and its long-term effects on these student-athletes,” PGA CEO Seth Waugh said. “Shoal Creek and Bent Brook fit the bill, and we are excited to head to Alabama where the athletes, the Championship and venues can be showcased.”

In conjunction with the PWCC, PGA WORKS will host Beyond the Green, a career-exploration event designed to educate and inspire talent from historically underrepresented backgrounds to pursue careers in the golf industry and to understand the important role golf can play in their careers overall. The event will be held May 7, 2023.

In addition to providing a first-class venue for the PWCC, Shoal Creek and its membership have committed to helping support the PGA WORKS HBCU Golf Scholarship endowment, with 50 percent of those funds staying in Alabama.

The PGA WORKS HBCU Golf Scholarship endowment has been created to provide men’s and women’s golf scholarships to underfunded HBCU and MSI institutions in an effort to sustain those programs for the long term.

“Shoal Creek is honored to host the 2023 PWCC. We look forward to welcoming student-athletes from across the country representing HBCU and MSI men’s and women’s collegiate golf programs,” Shoal Creek Club President Greg King said. “These young men and women are tremendous ambassadors of the game and truly represent the positive impact it can have on a young person’s life. We are thrilled with the opportunity to bring such a prestigious and significant event to Shoal Creek and the great state of Alabama.”

Alabama is home to 15 HBCUs, making it the state with the most in the country, Bent Brook owner Jimmy Lee said.

“It is an honor to join PGA WORKS and Shoal Creek in hosting the PWCC,” Lee added. “The Bent Brook Golf Course is looking forward to welcoming all teams and student-athletes to this historic event.”

The Championship is also a point of pride for the city of Birmingham and its mayor, who graduated from Morehouse College, an HBCU in Atlanta.

“We’re proud to host the 2023 PGA WORKS Collegiate Championship here in our city, and we’re even more proud that HBCU student-athletes will have an opportunity to compete at one of the most beautiful golf courses in our state,” Birmingham Mayor Randall Woodfin said. “As an HBCU graduate myself, I’m excited that the PGA and Shoal Creek are creating more inclusive spaces for minority golfers while providing scholarships to student-athletes. This is a great step in the right direction.”

Shoal Creek is a Jack Nicklaus design that opened in 1977.

It is currently ranked among the top courses in the U.S. by both Golf Digest and Golf.com.