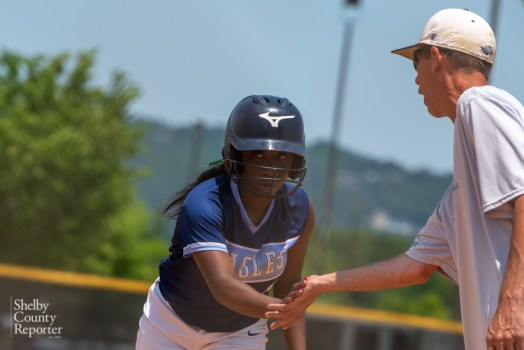 The Calera softball team finished a historic 2022 season on Wednesday, May 18 as one of the final four teams in the state tournament. (Reporter photo/Keith McCoy) 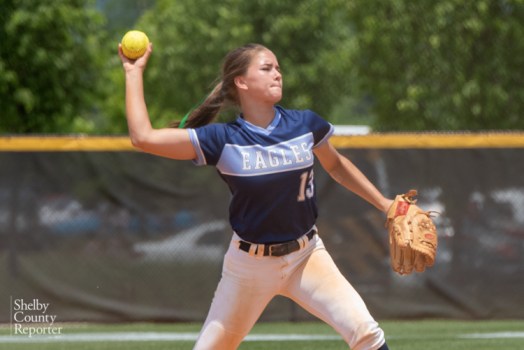 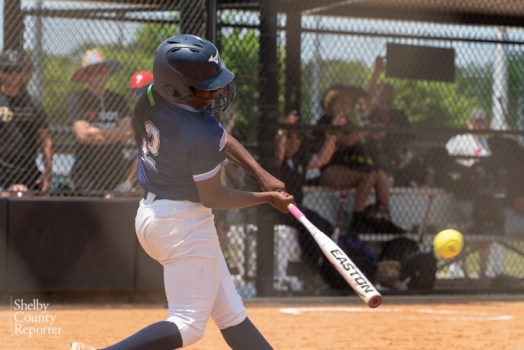 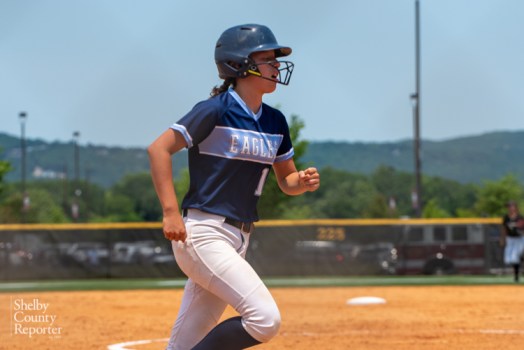 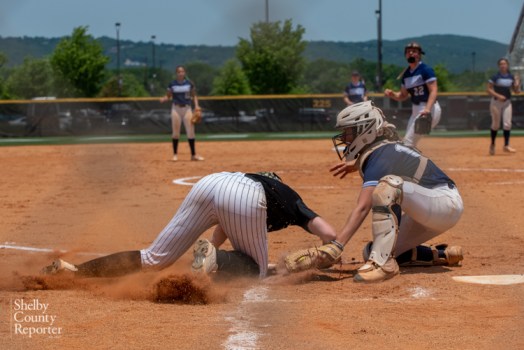 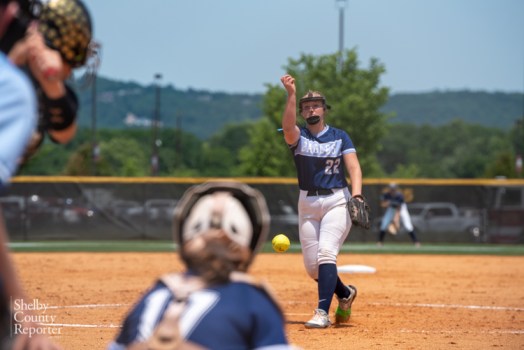 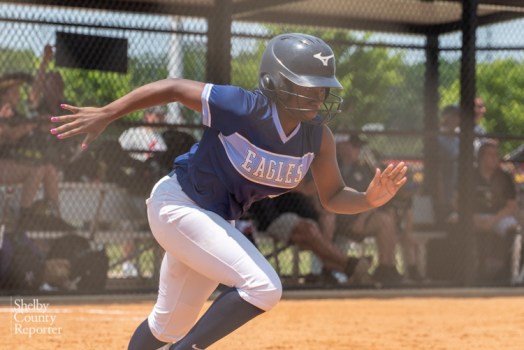 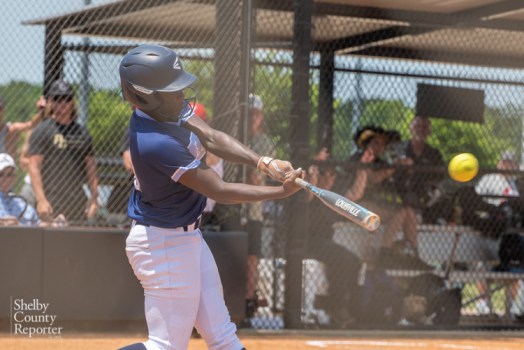 OXFORD – Standing in a circle in right field following a 3-0 loss to Pell City that ended their season, one message was shared clearer than any with the Calera softball team—“Now you know you belong.”

That was one of the many messages during a post-game meeting for the Eagles on Wednesday, May 18 that featured hugs, tears and smiles after falling on the final day of the Class 6A State Tournament.

It marked the end of a historic run for Calera, who not only advanced to the fast-pitch state tournament for the first time in school history, but also won two games at the tournament to make the second day and finish as one of the final four teams in the 6A classification.

“For the seniors, I told them out there, you can be proud of yourself and excited for what you’ve done because nobody in the history of Calera High School can say they’ve done what they’ve done,” head coach Robert Albritton said after the loss. “And for the underclassmen, they can carry the torch and take the next step hopefully next year because the talent will be there. Hopefully with that, the program around it will start to build the way it needs to to sustain it. The talent is there to start that.”

Calera’s run in the state tournament ended with an 8-3 win against Baldwin County in the team’s first-ever fast pitch state tournament game, a 6-1 loss to Athens in game two, a tightly-contested 2-1 win against Springville in an elimination game to end Tuesday and become one of the final four teams, and then a tight 3-0 loss to Pell City.

Against Pell City, the Eagles battled in a scoreless game for the first four innings of the game, but the Panthers put three on the board in the top of the fifth to make the difference.

Following a lead-off error, they scored one on an RBI single and then two more on back-to-back RBI doubles.

Despite the difficult end, the special run to becoming one of the top teams in the state over the final few weeks of the season is something Albritton was incredibly proud of.

“The goal was to find a way to get out of area, so this is all extra bonus,” he said. “It’s unbelievable. We tried to tell them all year to just be patient and get hot at the right time. About midway through the year, I thought, ‘I don’t know if this is going to be the year,’ but we rolled into the second-to-last weekend of the year and the bats got hot, they started to believe, and next thing you know, we’re top four in the state. It’s unbelievable. They fought and never wavered.”

Albritton credited the team for buying in and believing down the stretch, saying it was impressive to watch a young team start to find that rhythm.

And it was a rhythm that started in one of their final regular-season tournaments of the season.

They beat Tallassee and Brewbaker Tech to gain confidence and started building from there.

“I was hoping it wasn’t too soon,” Albritton said. “We had two weeks left before area. I was hoping we could just last until area and we kept it going. Then we got to regionals, and honestly, the goal was to just win a game. Win a game and build off of that. We found a way to win a game and next thing you know, we won four and got here. Every game, they just got more and more confidence and belief in themselves.”

Albritton said the ending was bittersweet, but this year’s team set the standard for the future, and that’s a legacy they’ll always be able to carry with them.

“You never want to lose your last game, but the reality of the situation is that everyone does but one team,” he said. “I told them it’s going to hurt when they lose their last game, but I told them to hold their head high and be proud of what they accomplished. There is nothing to be discouraged about.”