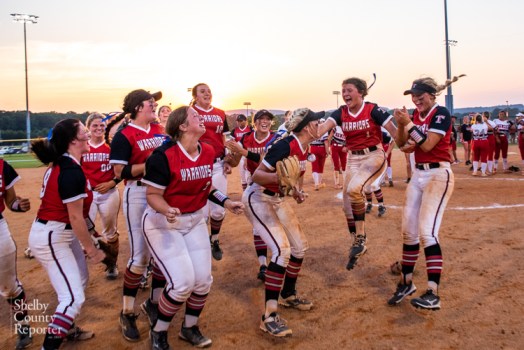 Thompson’s softball team took down Hewitt-Trussville, Spain Park and Central-Phenix City on Wednesday, May 18 to earn a spot in the Class 7A State Championship game on Thursday. (Reporter photo/Keith McCoy) 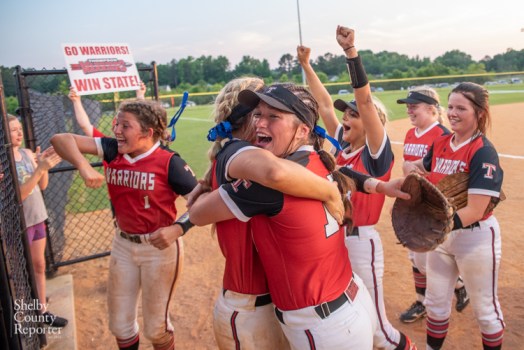 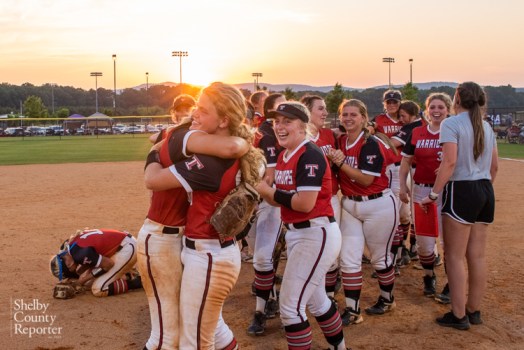 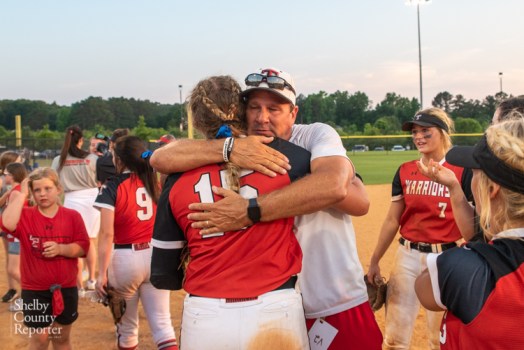 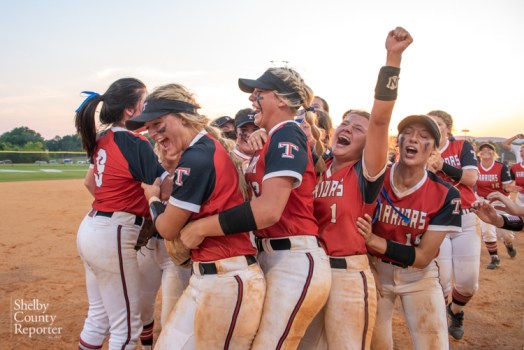 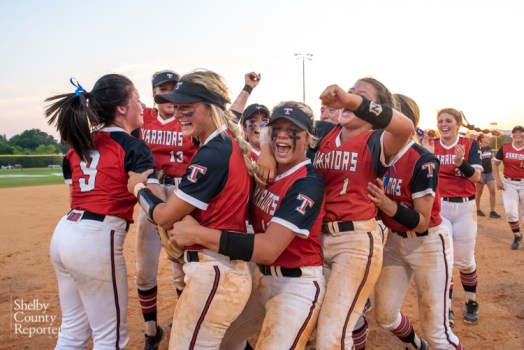 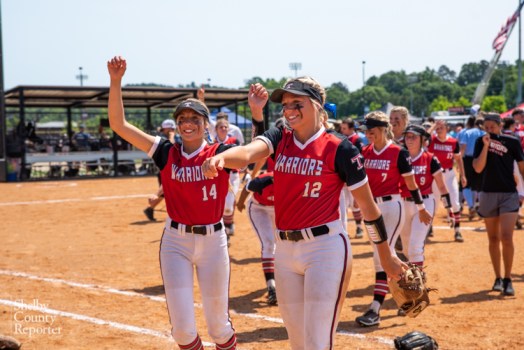 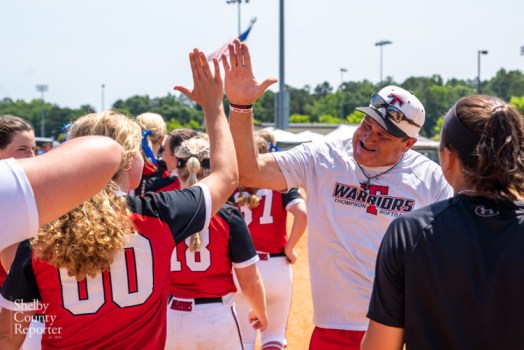 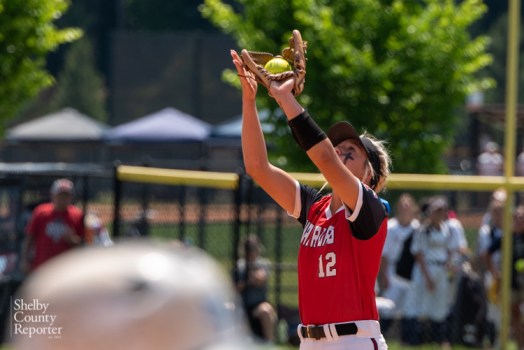 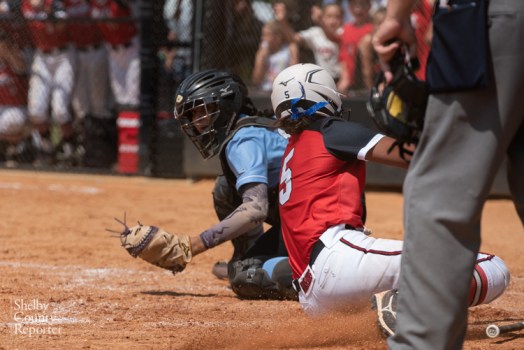 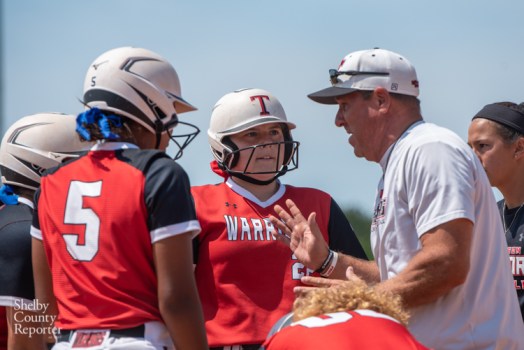 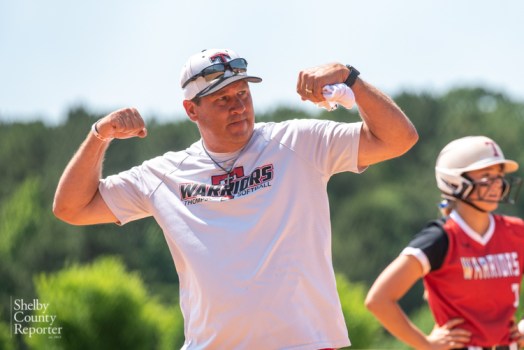 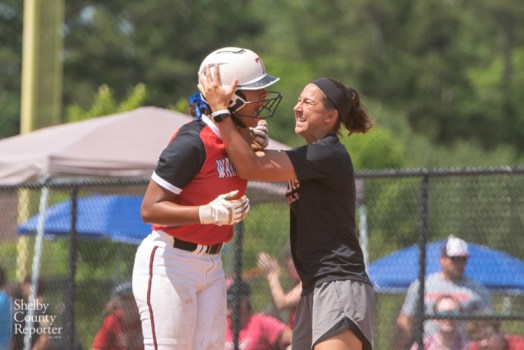 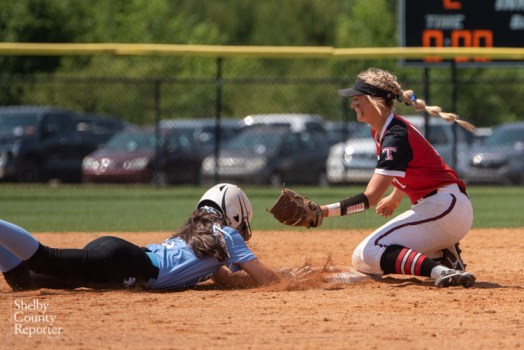 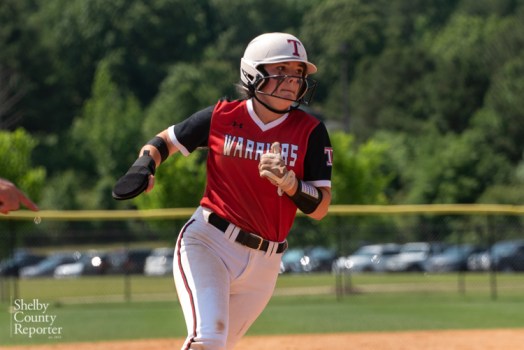 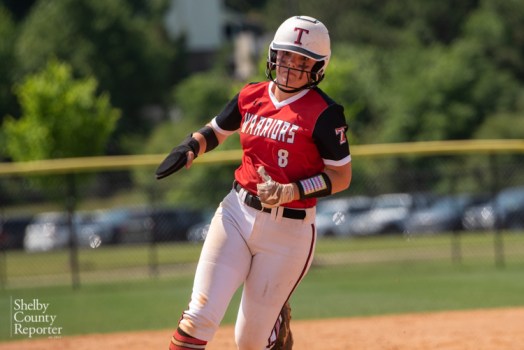 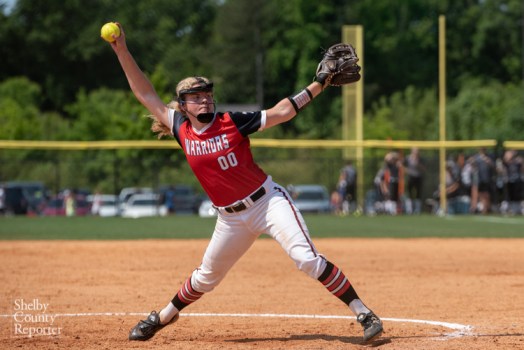 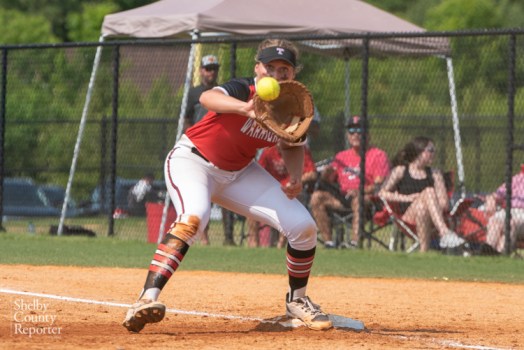 OXFORD – Down to their final out in the top of the seventh and trailing by a run against two-time defending state champion Hewitt-Trussville, the Thompson Warriors never lost faith.

While they would have remained alive even with a loss, Eleanor DeBlock and Dailynn Motes didn’t want to risk the path of the loser’s bracket.

DeBlock stepped in first and down to the team’s last strike in a 3-2 count, she lined a double to left field to keep the Warriors alive and bring Motes to the plate.

After a first-pitch ball, Motes wasted no time making a difference. She drove a line drive to center field and DeBlock was able to beat out the throw for the game-tying run to force extras.

An out was recorded after that, but the momentum had completely swung in Thompson’s favor.

Pitcher Chalea Clemmons then continued a remarkable day by putting the Huskies down in order in the bottom of the seventh.

That quickly got Thompson’s offense back to the plate, and the Warriors capitalized.

Laney Williams led off with a single, Ella Pate followed with an RBI triple, Clemmons then hit a one-out RBI single and DeBlock came up with another big hit, driving a two-out, two-RBI double to center field to make it 7-3.

Hewitt got one on in the bottom half of the extra inning, but that was followed by a strikeout and ground out to preserve the thrilling comeback win for the Warriors and punch a ticket to the state championship game.

With the 7-3 victory, Thompson advanced to the championship game on the winner’s side of the bracket, meaning they’ll have two chances to win one game to claim the Class 7A title.

Thompson will either take on Hewitt-Trussville, Fairhope or Hoover in the championship.

In the game against the Huskies that earned them a spot in the title game, the Warriors took a 1-0 lead in the top of the third on a sac fly from Olivia Tindell.

Hewitt, however, responded with two in the bottom of the fourth to take the lead.

Thompson used another sacrifice fly from Motes to even the game in the top of the fifth, but the Huskies responded right away with an RBI single in the bottom half.

DeBlock got the start and allowed two runs on four walks and one hit, while Clemmons finished off the final four innings and allowed one run on three hits and a walk with five strikeouts.

Against Spain Park, Thompson had to fight hard for the win with more late heroics.

The Warriors took a 1-0 lead in the bottom of the first and held that until the sixth when Spain Park scored two to take a 2-1 advantage late in the game.

Thompson, however, responded in the bottom of the sixth with three runs to take the lead and eventually win 4-2.

DeBlock picked up the game-one win by allowing two runs on five hits and four walks with two strikeouts.

That gave the Warriors confidence and they built off of it in the next game against Central-Phenix City.

Thompson scored six in the top of the third and never looked back. The Warriors then went on to add three more in the sixth.

Most impressive, however, was Clemmons’s effort in the circle. She struck out 15 and gave up two hits in six innings of work to help shut out the Red Devils and set Thompson up with a 2-0 record.

The Warriors will play in the championship game at Oxford’s Choccolocco Park on Wednesday at 1:30 p.m.