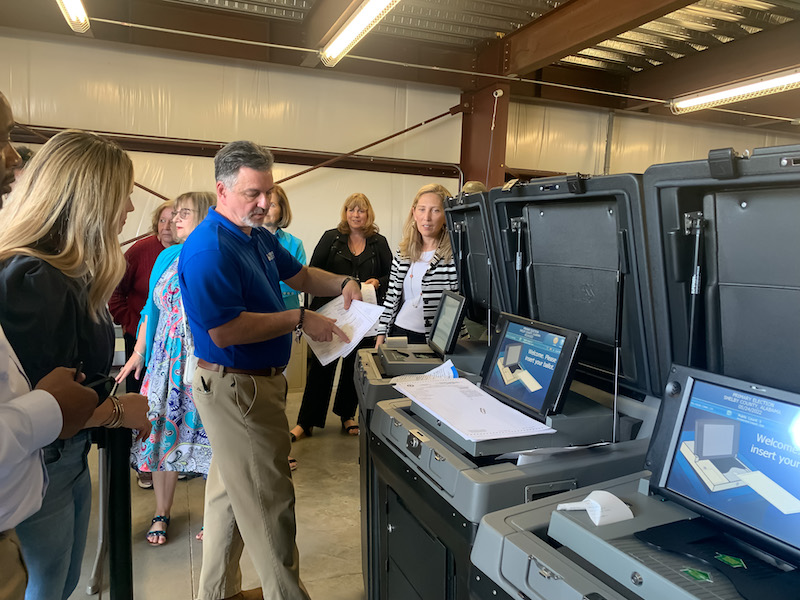 As required by law, Shelby County holds a public test of its ballot counters before every election to ensure the machines are working properly.

“In Shelby County, all of our tabulation machines are actually tested prior to the public test,” Shelby County Probate Judge Allison Boyd said. “At the public test, we follow procedure and test a random sampling of tabulation machines, and we do that by drawing lots, but we have to make sure we test at least one machine at random that contains each ballot style we have in the county. It’s one of many processes we have in Shelby County to ensure our elections are free and fair. That transparency is very important to us and very important as part of the process.”

“If a candidate is there, a candidate may choose at random any machine they wish to test, in addition to what we have already tested,” Boyd said of the public test. “Once we draw the precincts that we’re going to be testing, we let someone there in the audience choose one of the machines at that precinct at random, if there is more than one machine.”

During the public tests, officials run test ballots containing votes for candidates in each race on the ballot, along with undervotes and overvotes.

Boyd said the tabulation machines are one part of the whole election process.

“This is only one piece of the election,” she said. “We do have to test the ballot counting machines, but the machines are there to assist the poll workers and make the process more efficient. They do not replace poll workers.”

Currently, more than 400 poll workers are set to work the May 24 Primary Election in Shelby County.

“Poll workers are also an integral part of elections and election security,” Boyd said. “You have to have people who are trained to be able to monitor them (machines) and use them.”

For more information about the election, visit Shelbyal.com/1106/Shelby-County-Election.