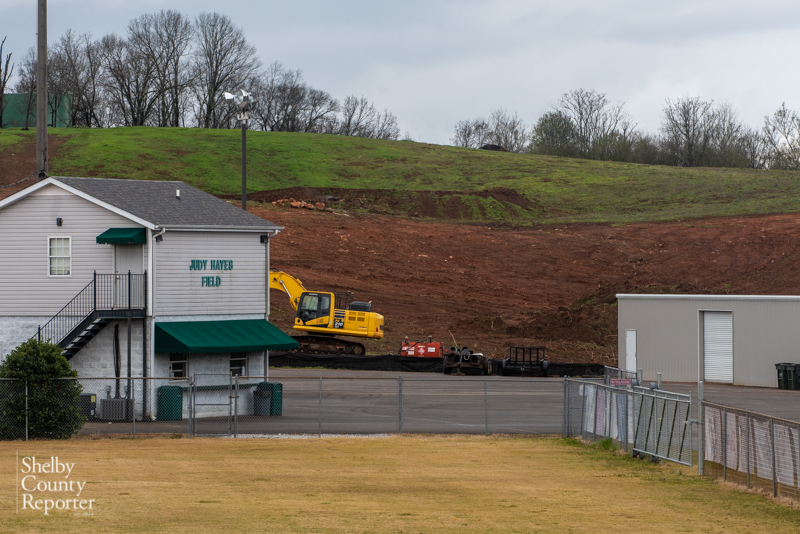 The Helena City Council voted unanimously at the special called meeting on May 18 to appeal a recent court ruling in a land battle with the Pelham Board of Education. (Reporter photo/Keith McCoy)

At a special called meeting on Wednesday, May 18, the Helena City Council unanimously decided to appeal a recent decision regarding a land battle with the Pelham Board of Education.

The appeal was filed a day later. The decision to appeal came after Judge Patrick Kennedy made his ruling on the case on May 6, saying that the Pelham BOE was not subject to Helena zoning laws and could use land it purchased in Helena city limits to construct any structures benefitting the students in the school.

The land in dispute is directly behind Pelham High School, nestled behind the football and softball stadium.

The Pelham BOE bought the land in June of last year and started clearing the 52 acres on the property to build a sports practice field and parking lot.

A lawsuit, filed on Nov. 29, 2021, however, claimed that Pelham’s clearing of the land and construction activities, and the proposed use of the property by the Pelham Board of Education, are contrary to the Helena zoning regulations and other applicable permitting ordinances and are being conducted without the necessary permits and approvals of Helena.

With the lawsuit, a temporary stop-work order was placed to prevent any further construction until a decision was reached.

The city, however, alleged in the lawsuit that a city board of education such as Pelham has no power or authority to construct, maintain or operate school facilities within a municipality other than its own.

Kennedy didn’t agree in his ruling.

Helena has now appealed that decision and has asked for a stay order to stop work until a decision on the appeal is made.

“Based on the Court’s Order, there is nothing preventing the Board from beginning work right away on the land at the heart of this dispute—and constructing practice fields and other recreational spaces in Helena, but for use by the Board and the Pelham students it serves,” read court documents. “Once these fields are constructed, any appeal of the court’s order will be moot. The fields will have been constructed without compliance with Helena’s zoning ordinance. This result cannot be undone even if Helena succeeds in its appeal.  Such an outcome would cause irreparable injury to Helena.”

In court documents, there was a residential plan for the area from the city of Helena that included a neighborhood called The Preserve at Leslie’s Ridge. It is unclear when the master plan was created for the neighborhood, but the development fell through and the land was eventually sold to the Pelham BOE.

In Helena, the land is still zoned as special district—single family residential use.

The city has moved to stay the court’s May 5 order pending a conclusion of the appeal to prevent any more work from being done.

During his ruling, Kennedy urged the two parties to work out any remaining differences, while keeping the students and their future in mind.