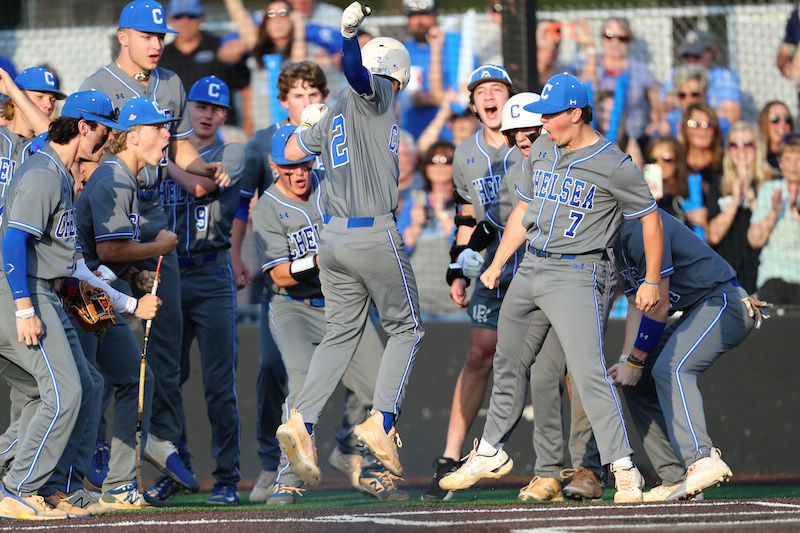 The final realignment for high school sports was made on Tuesday, May 24 when the Alabama High School Athletic Association officially announced reclassification for spring sports.

With fall and winter sports already reclassified for the 2022-2023 and 2023-2024 school years, the spring season was the final one to need adjustments following the completion of the 2022 season.

Below is a recap of changes in each sport.

One of the biggest changes in baseball, and each sport for that matter, will be Chelsea’s addition to the 7A classification.

A team that has been a constant in the quarterfinals the last several years, the Hornets will now join other powerhouse 7A programs in their rise up from Class 6A.

Class 7A, Area 5 will remain the same for the next two years with Thompson the lone county team in the area alongside Hoover, Tuscaloosa County and Vestavia Hills.

In the 6A classification, there will also be some change with four county teams split between two three-team areas.

Calera and Helena will move from Area 6 to Area 5, which is basically the former Area 6 minus Pelham. The area will feature those two local teams as well as Chilton County.

Pelham, fresh off a run to the 6A championship series, will remain in the new Area 6, but the three competing teams from the last two seasons have departed. Now, the area will also feature county foe Briarwood as well as McAdory.

Shelby County remains the lone Class 5A team after a special couple of seasons. The Wildcats will remain in Area 8 for the next two years, which will now be a three-team area featuring Central-Clay and Sylacauga, while the area will now no longer feature Talladega.

In the 4A classification, Montevallo will move from Area 5 to Area 7, which will feature two new opponents. The Bulldogs will still compete against West Blocton, but they’ll now battle against Fultondale and Oak Grove in area play.

And in Class 2A, two county opponents will be in the same area with both Vincent and Westminster at Oak Mountain. Westminster, whose program is on the rise, will replace Central-Coosa in Area 9, while Vincent, B.B. Comer and Fayetteville will all remain in the area.

Some of the biggest changes will come in soccer, which will now be divided between Class 1A-3A, Class 4A, Class 5A, Class 6A and Class 7A. That’s a shift to five different classifications, which is an increase due to splitting 4A and 5A into their own classification.

In Area 5, the Thompson Warriors will battle against Hoover, Tuscaloosa County and Vestavia Hills in both boys and girls. Vestavia Hills is the new addition there, moving from Area 6 and replacing Oak Mountain.

Not only will Spain Park remain in the area, but Chelsea’s jump up to Class 7A puts the Hornets squarely in one of the most difficult areas in the state with the previous two state champions.

The 6A classification is where one of the biggest changes will come.

Class 6A, Area 8 will not only feature an area full of four county teams, but it will also feature a back-to-back state champion, a state runner-up, another state champion and a postseason threat.

The area will be comprised of Briarwood, Helena, Indian Springs and Pelham.

Briarwood and Indian Springs are both private schools, who remain up at least one classification from where they are used to competing.

Now, they’ll be shifted into arguably the most difficult area in the state for both boys and girls soccer.

Calera will be the only Class 6A team not in the area, as the Eagles will now be in a three-team area featuring Benjamin Russell and Chilton County.

In Class 5A, Shelby County will be the lone team. The Wildcats will battle in Area 4 along with Demopolis, Holtville, Marbury and Sylacauga.

Montevallo will be a team that has the chance to benefit the most thanks to the creation of a 4A classification.

Rather than being in a class with teams that have 5A numbers, they’ll now compete against true 4A teams.

The Bulldogs will be in Area 3 for boys and girls soccer for the next two seasons. For the boys, that means competing against American Christian Academy, Holt, Northside and Sipsey Valley, while the girls will compete against all of those teams aside from Northside.

Westminster at Oak Mountain will remain the only team in the 1A-3A classification. The Knights will compete in Area 5 against Childersburg, Cornerstone Schools of Alabama, Tarrant and rival Altamont. Its’s an area that is very similar to the previous alignment, while Cornerstone will only compete in boys soccer.

There will also be changes in softball, starting in Class 7A.

With Chelsea’s jump up, the Hornets will join Oak Mountain, Spain Park and Hewitt-Trussville in a very difficult Area 6, while Thompson will now compete in a four-team Area 5 rather than a three-team area.

The Warriors will square off against Hoover, Tuscaloosa County and Vestavia Hills the next two seasons in hopes of winning two more state championships following this year’s trek to the title.

In Class 6A, three local teams will battle in a three-team Area 7 featuring Briarwood, Helena and Pelham. The Huskies will hope the area sparks a fourth consecutive trip to the state tournament next year.

Rather than adding Calera to that area to create four teams, the Eagles will now compete in Area 5 along with Carver, Chilton County and Stanhope Elmore hoping to replicate this year’s special postseason run.

The Shelby County Wildcats will be in a three-team area in Class 5A the next two seasons after moving from Area 8 to Area 7. They’ll now compete against Jemison and Sylacauga, who will be the only familiar opponent in the area.

Vincent will now move into a three-team area after making the move from Area 7 to Area 8. Previously, the Yellow Jackets competed against Central-Coosa, B.B. Comer and Fayetteville.

Now, they’ll get a completely new set of opponents with Holy Family and Southeastern School the two area foes for the Jackets moving forward.

In the 7A classification, Chelsea, Oak Mountain, Spain Park and Thompson will all compete in Section 3 in both boys and girls, while Briarwood, Calera, Helena and Pelham will all battle in Section 2 of Class 6A for boys and girls.

The Shelby County Wildcats will compete in Section 2 of Class 5A for boys golf, while the girls will compete in the same section for the 4A-5A classification, which will feature more teams.

Tennis will remain in four classifications with 7A and 6A their own class and 4A-5A and 1A-3A combined.

In the 7A classification, Chelsea, Oak Mountain, Spain Park and Thompson will all compete in Section 3 in both boys and girls tennis, while Class 6A will feature Briarwood, Helena and Pelham all in Section 5.

Track and field will remain in seven different classifications for the outdoor season over the next two seasons.

In Class 7A, Chelsea, Oak Mountain, Spain Park and Thompson will all compete in the challenging Section 3, which will remain one of the toughest in the state.

Westminster at Oak Mountain’s talented program will move up once again thanks to another strong effort the last two seasons. With competitive balance, they have now gone from 1A to 3A the last two reclassifications and will compete in Section 2 along with Indian Springs.