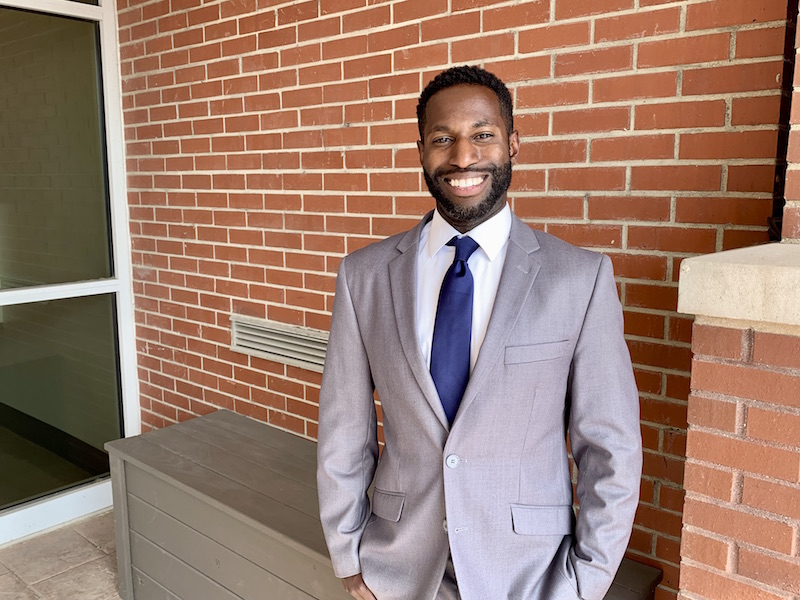 The Shelby County Board of Education on May 19 approved Marcus Harris as assistant principal at Calera Middle School. (Reporter Photo/Emily Sparacino)

ALABASTER – The Shelby County Board of Education approved a new administrator at Calera Middle School and recognized the district’s first-year teacher honorees at a regular meeting on Thursday, May 19 at the Shelby County Instructional Services Center.

Harris will come to Shelby County Schools from Hoover City Schools, where he was employed as a teacher.

He has more than 12 years of experience in education.

“Administration has been a dream of mine for quite some time, and your belief and trust in me will not be taken for granted,” Harris said to the board. “I stand before you, with an amazing support system behind me, and that’s my entire family, especially my wife and daughter.”

Harris said he intends to uphold the district’s model for excellence in education through his actions as a caring leader.

“I intend to focus on every stakeholder and make sure everyone is valued,” Harris said. “I look forward to sharing the story of the great things happening at Calera Middle.”

In addition, the board:

• Approved a recommendation to reject the sole bid received for a classroom addition project at Calera High School, as the nearly $7.9 million bid exceeded the district’s $4.7 million budget for the project.

• Acknowledged that no bids were submitted for a project involving a new video board at the Helena High School football stadium.

• Acknowledged that no bids were submitted for concrete services.