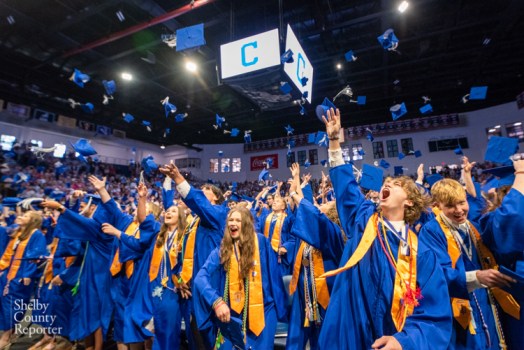 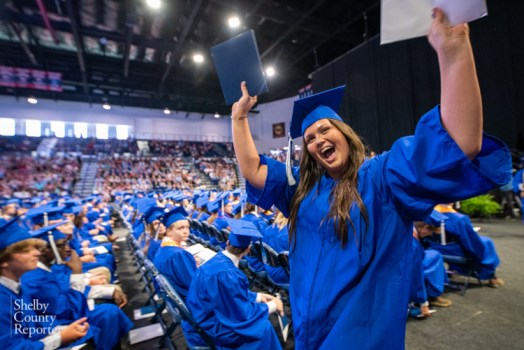 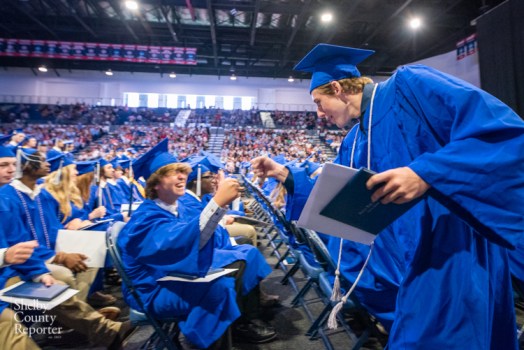 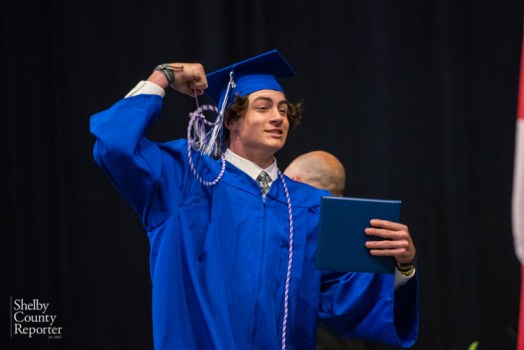 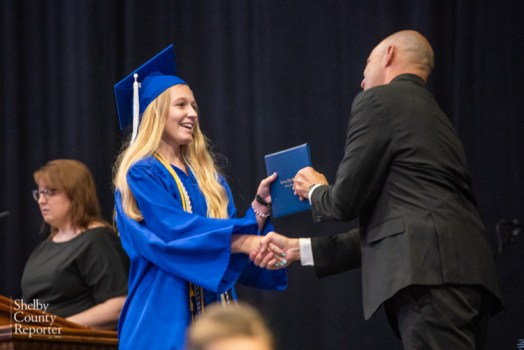 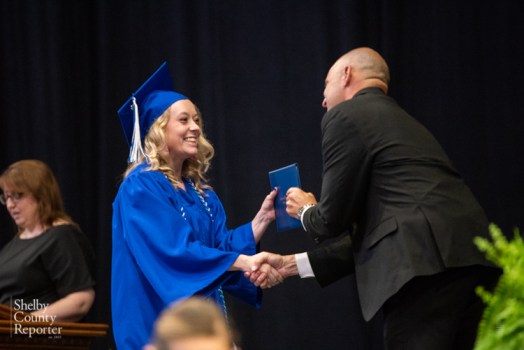 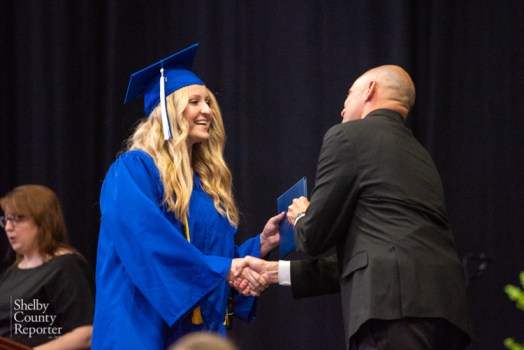 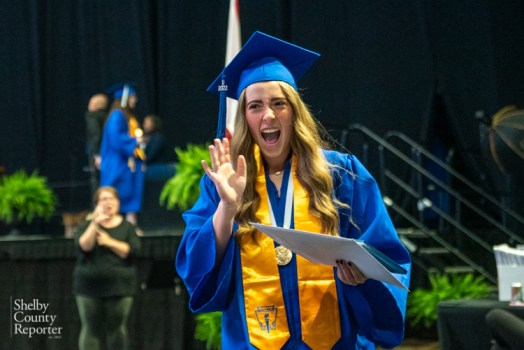 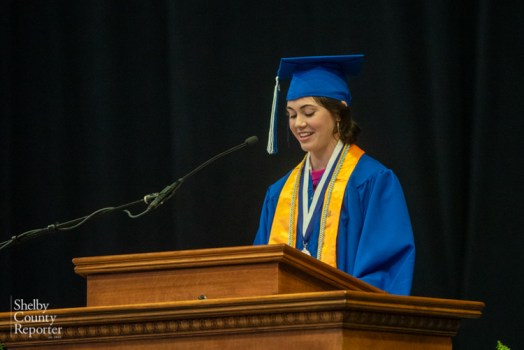 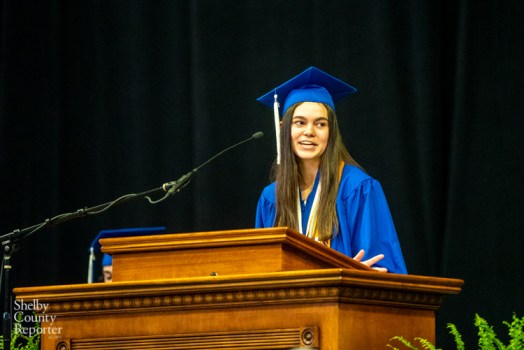 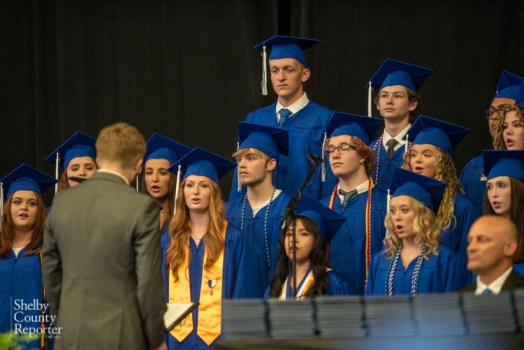 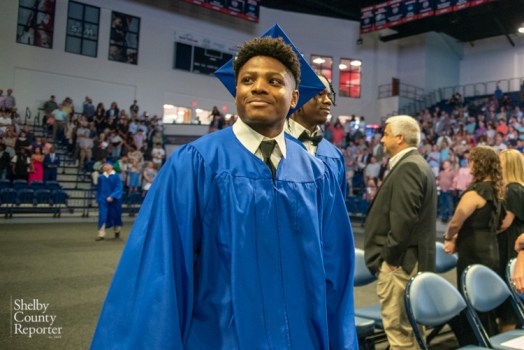 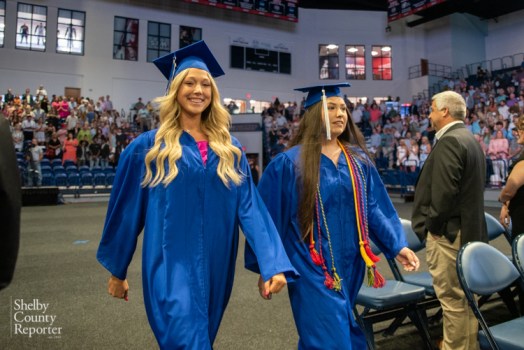 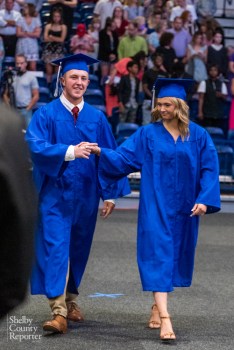 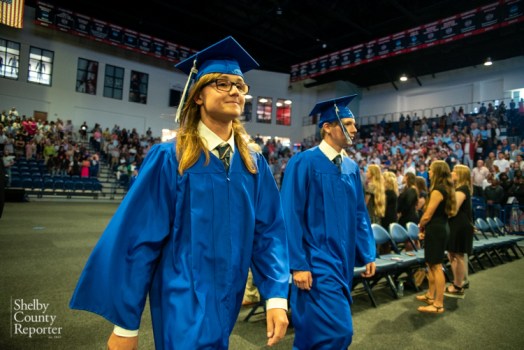 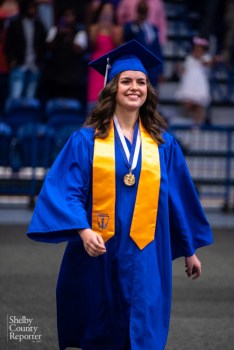 HOMEWOOD – The past four years went by in the blink of an eye for the Chelsea High School graduating class of 2022, but on Tuesday, May 24, the seniors were able to gather one more time in the same place to celebrate their commencement ceremony.

Held at Samford University’s Pete Hanna Center, the class of 2022 reminisced on the highs and lows of the past four years, all of which helped them reach this point.

“Just four years ago, we were awkward freshman trying to figure out why people kept telling us our classroom was next to Albert Einstein face painted on the wall,” Senior Class President William Fant said. “At the end of freshman year, I thought to myself, ‘Wow, I really have three more years of this. Coming up on the end of sophomore year, I thought to myself, ‘Dang, it’s almost halfway over.’ Then, a few football games, homecomings and a global pandemic later, and it is all over. Just like that. It reminds me of the feeling of when I was a kid, falling asleep on the couch and waking up in the bed not sure what happened—just in a whole other place.”

But the journey to this new and unchartered territory they’re about to embark on didn’t come without lifelong memories that helped shape who they are and prepare them for what’s ahead.

That journey to graduating is something salutatorian Madison Taylor said helped this year’s senior class grow and be ready for what’s ahead, citing the pandemic and the lack of crispitos in the lunchroom as key moments.

“I know that for many of us, beginning high school was a frightening experience,” Taylor said. “Stepping into a new building with new faces and trials to come, we felt a sense of anxiety. It’s funny looking back on how scared or nervous we were to enter high school, and now it feels difficult to leave. We’ve gone through so much as a graduating class. From a worldwide pandemic to the great crispito crisis, we have faced it all.”

Now, as they prepare to tackle new challenges in the world, valedictorian Samantha Kennedy built off of Taylor’s speech by telling everyone how proud she was of them after letting them know they will be able to handle whatever is thrown their way.

“Long story short, we all go through hardships,” she said. “Some of us are dealt more than others and sometimes more than we can handle. That’s fine. It’s OK to take time for yourself and reflect on what you need. If all you accomplished today was one small task, that’s OK. We do the best we can to push through and survive every day. Sometimes you just need to check out and come back to a project later. Your worth is not defined by how much you do, but what you do and the impact it makes. As long as you’re proud of the progress you’re making, then you’re doing a good job no matter what. Quality over quantity.”

Chelsea High School Principal Brandon Turner also shared a message with the seniors to help inspire them to make a difference as they head into the next phase of life.

He quoted President John F. Kennedy, baseball Hall of Famer Hank Aaron and Philosopher Seneca in his speech with a lesson tied to each quote.

“I believe this to be an important reminder for us in all of our various pursuits because the key is that worthwhile things in life are not easy,” Turner said. “They’re often characterized by struggle, by hard work and sometimes even setbacks. Never be afraid to take a chance and embrace the challenge of achieving your goals. We do them, once again, because things are difficult, not because they’re easy. The difficult ones are truly worthwhile. Always remember that.”

He then quoted Aaron, who responded to people asking him about slumps on the baseball field with, “My motto was to always keep swinging. Whether I was in a slump or feeling bad or having trouble off the field, the only thing to do was to keep swinging.”

Turner said he thought about that quote a lot in his own life and encouraged the graduating seniors to do the same.

“It’s that way for all of us,” Turner said. “Simply put, when tough times present themselves and obstacles seem to be stacked up so high that we could never overcome them, keep swinging, keep taking swings, keep working, keep trying. Because what you’ll realize, ultimately, is that many, if not most, of the things in life can actually be achieved by simply refusing to quit and always push forward.”

He then quoted Seneca, who said, “Let us also produce some bold acts of our own and join the ranks of the most emulated.”

And this quote inspired his ultimate challenge to the senior class.

As they prepare to embark on their next journey, the Chelsea seniors now have the life lessons of their time at the high school to inspire them in many different ways.

And whether or not they see each other again or not, they’ll always have those four years that helped shape who they are now.

“After today, we may not be with each other, but there is one thing that will still tie us together, and that’s Chelsea High School,” Fant said. “Love it or hate it, Chelsea was our home for four short years and the memories made there are countless. I couldn’t ask for a better school or group of people to share those memories with.”