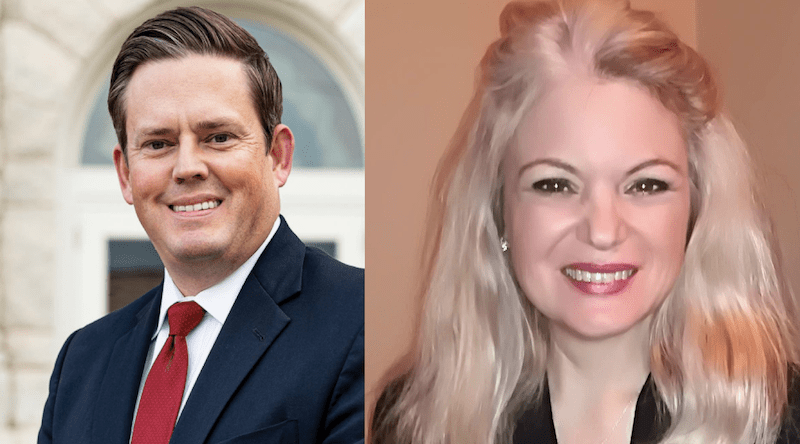 Jonathan Spann, left, and Donna Beauliey will take part in a runoff election this June to determine who will fill the Shelby County Circuit Court Judge, Place 1 seat. (File)

There will be a runoff to determine who will replace Corey Moore as the Shelby County Circuit Court Judge for Place 1.

Jonathan Spann and Donna Beaulieu were the top two vote getters following the Republican Primary Election on Tuesday, May 24, and with neither earning the necessary 50 percent, that will lead to a runoff to determine which one will fill the spot of Moore, who did not seek re-election for another term.

Spann was extremely close to getting the votes he needed, earning 44.58 percent of the votes, which equaled to 13,017 votes out of the 29,199 that were cast.

With Spann finishing 5.5 percent below what he needed, that paved the way for the second-highest vote getter to meet him in a runoff.

The primary runoff will be on June 21.

The seat will also be unopposed in the General Election in November, which means the winner of the runoff election will be the one to replace Moore’s eight years of experience as the Circuit Court Judge.

Beaulieu has stuck to running on the back of being a protector of the constitution since the start of her campaign.

“I have a proven track record of defending our Constitution, including fighting for the freedom of speech and the right to keep and bear arms, among others,” Beaulieu said. “Our country’s laws are based on the Constitution. When justice strays from this concept, the repercussions can be enormous.”

Beaulieu has handled a wide variety of cases, both at the trial and appellate levels.

“I have been an attorney for over 24 years, longer than any of the other candidates in the race,” Beaulieu said. “I would like to bring my extensive legal experience to work for the citizens of Shelby County. The courts have a large backlog of cases due to the growth of Shelby County, and my experience would allow me to help move those cases along.”

Spann has said that his experience is something that can make a difference in the role thanks to practicing in Shelby County for the last 18 years.

“I have the experience and qualifications necessary to fairly and correctly adjudicate the matters before the court,” Spann wrote in a release about his candidacy. “I truly believe I will be an asset to the legal community and citizens of Shelby County.”

Spann’s qualifications include extensive experience in multiple areas of law.

A graduate of the Alabama School of Law, Spann has practiced law for 19 years, 18 of which have been spent in Shelby County.

His law firm, Morrison & Spann, is located in Columbiana.

“I have a vested interest in the future and success of Shelby County,” Spann wrote. “I have the skills necessary to be successful and positively contribute to the progress of our community. As a Christian conservative, I have a strong sense of duty to serve my community and uphold the rule of law. With that said, I would humbly ask for the citizens of Shelby County to vote for me on May 24.”