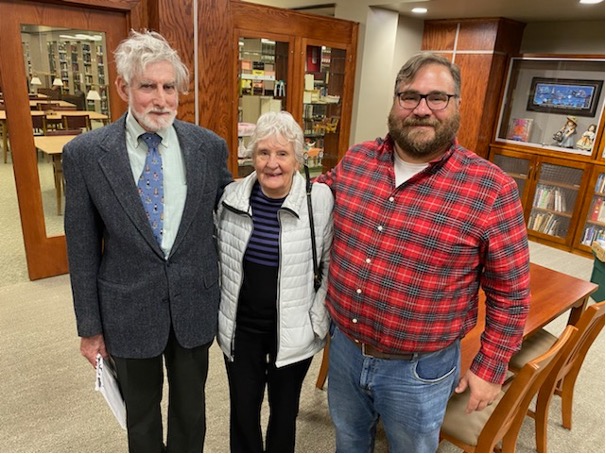 MONTEVALLO – Thanks to a $500,000 gift from a 1960 Alabama College alum and her husband, the University of Montevallo will create the Christiane Angele Jacobson Endowed Spanish Chair in English and World Languages.

Christiane “Chris” Jacobson and her husband, Dr. Eric Jacobson, have pledged to donate the half-million-dollar gift to the Spanish program in the English and World Languages Department in honor of Elizabeth Stockton, a former mentor of Chris who was her Spanish professor at Alabama College – UM’s former name from 1923 to 1969.

“An endowed chair in Spanish language and literature in the Department of English and World Languages enables the University to offer additional incentives in the recruitment and retention of the best and brightest professors, and provide student support through scholarships,” said Scott A. Dillard, vice president of Advancement and External Affairs. “These professors have distinguished themselves through their research and scholarly or creative activity.”

“These positions are among the highest and most prestigious appointments at any institution. Moreover, they increase the visibility of the University and aid in attracting additional high‐quality faculty, superior students, external resources for research, instruction and service.”

Dr. Eric Jacobson said he and his wife felt it was time to give back to UM, which provided a great experience for her when she was a student.

“She had a really nice time at Alabama College,” he said. “The culture at Montevallo was perfect for her just when she needed it the most. We appreciate the education that she received and felt we should do something for the school.”

The Jacobsons met while in graduate school at the University of Wisconsin. They fell in love and quickly married.

Dr. Eric Jacobson became an academic physician specializing in infectious disease, and they moved to various states before settling down on the Potomac River in Virginia., where Dr. Eric Jacobson worked at Virginia Commonwealth University teaching internal medicine.

They have three children, Lisa, Melanie and Leif, and three grandchildren. Since Dr. Eric Jacobsons’ retirement in 2006, the couple spends their time traveling and sailing. Dr. Eric Jacobson also plays violin in the local orchestra and builds boats.

The Christiane Angele Jacobson Endowed Spanish Chair will be awarded to an outstanding professor who will be selected by the dean and provost. Fifty percent of the proceeds from the endowed chair will be used to fund one or more merit-based scholarships for a student studying Spanish.

The mission of the Department of English and World Languages at the University of Montevallo is to prepare students for living in and contributing to the global community with language skills and cultural awareness. Courses focus on fostering communication in our students, emphasizing the four skills of speaking, listening, reading and writing. Instructors also promote cultural awareness at all levels. Upper-division courses promote further linguistic progress while developing critical thinking through the analytic study of literature and cultures outside the U.S.