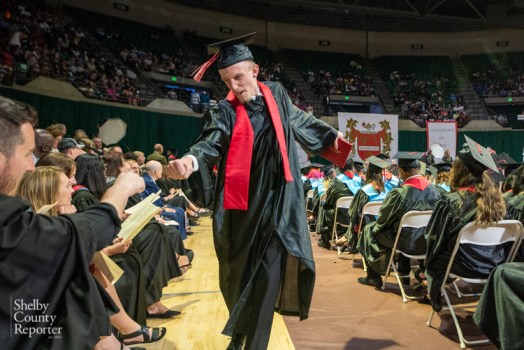 Thompson High School’s graduating class of 2022 marked the school’s 100th graduating class in its history. The class had over 530 students graduate with a total of $27 million in scholarships. (Reporter Photos/Keith McCoy) 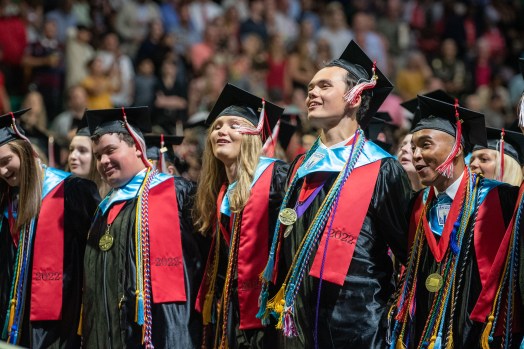 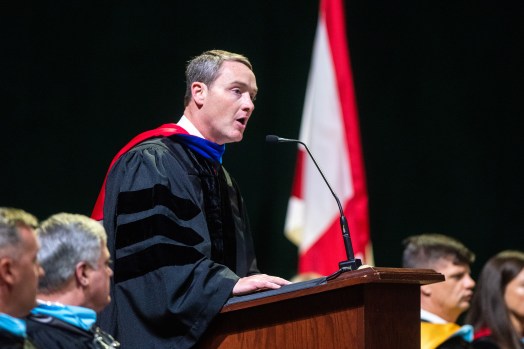 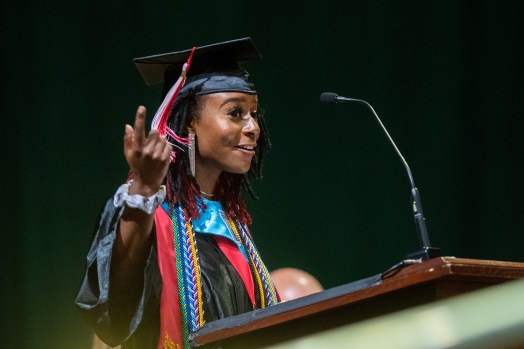 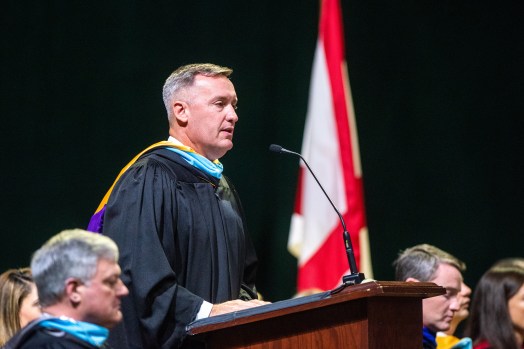 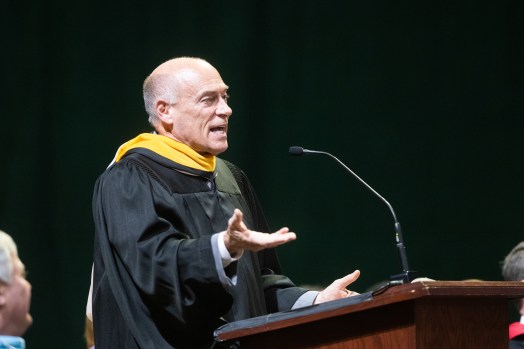 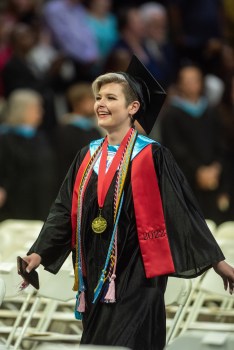 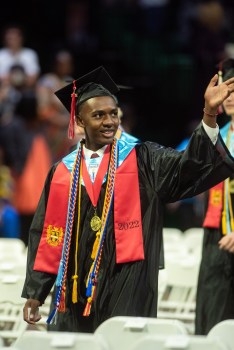 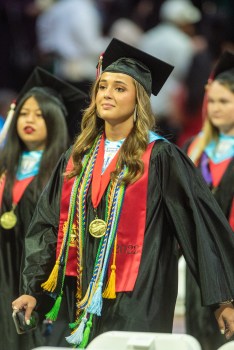 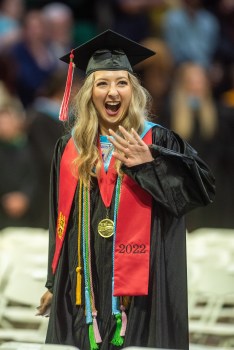 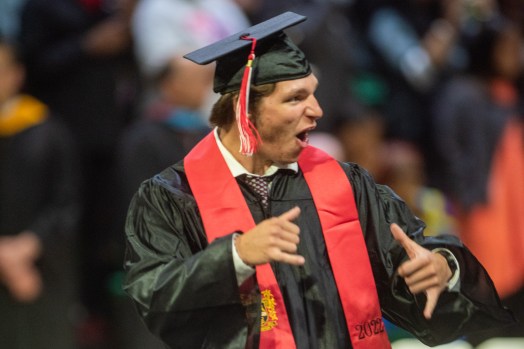 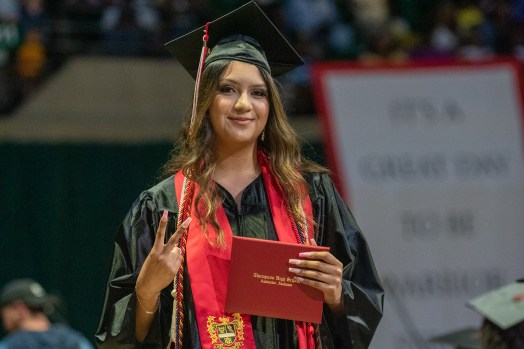 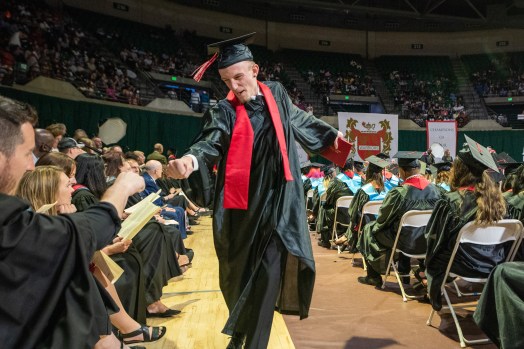 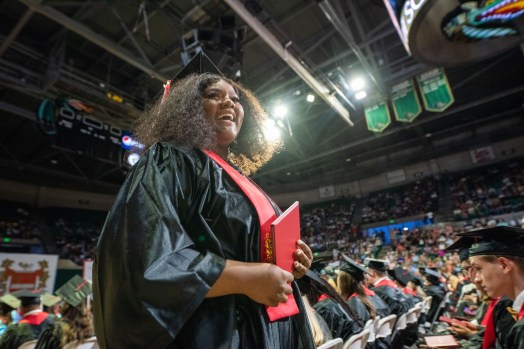 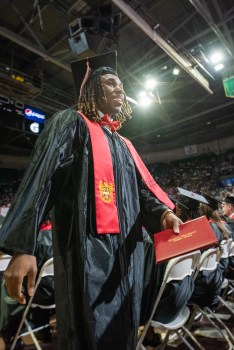 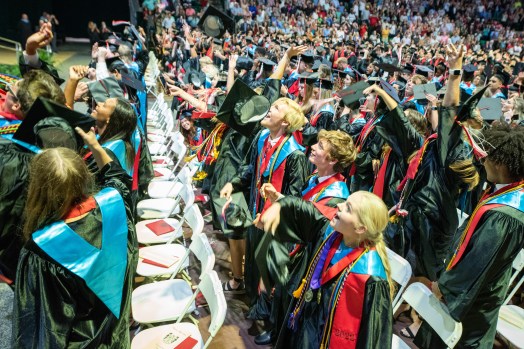 ALABASTER – As the 539 students of the Thompson High School 2022 graduating class filed into Bartow Arena on Tuesday, May 24, there was a feeling of immense pride that filled the room as parents took photos and pointed excitedly at seeing their graduate.

The school’s principal Dr. Wesley Hester welcomed everyone to the event and praised the seniors for their hard work, dedication and achievements in their four years at THS.

“I am extremely proud of the class of 2022, who they are, what they represent and what they have achieved,” Hester said. “As you can and will see tonight, we have extremely talented scholars, performers and leaders within this class.”

A common theme throughout the night was the impressive $27 million worth of scholarships the 2022 class has collected, an amount Hester said was an “unprecedented amount” in the school’s history. Hester also commented on this year’s class having 181 valedictorian students.

“The class of 2022 is one of the most decorated classes we’ve seen come from Thompson High School,” Brakefield said. “They have been incredible from everything they’ve touched. You know you have a good problem when I was formulating my comments for tonight, and I was hesitant to list all the championships and accolades and honors because I was fearful I would leave something out. From the classroom to the athletic field to all the other extracurricular activities you took part in, you excelled in them all.”

Adam Moseley, the president of the Alabaster Board of Education, commented on how the ceremony was not just an important milestone for the students, but also for the school as it marked the 100th graduating class in the school’s history.

“Exactly 100 years ago, the very first graduating class of Thompson High School received their diplomas. That first class had a grand total of six seniors,” Moseley said. “Tonight, 539 graduates will walk across this stage to receive their diplomas. The class of 2022 serves as a bookend for a century of the young people in this community. You will also serve as the beginning of a new century of learning for Thompson High School and Alabaster city schools.”

Superintendent Dr. Wayne Vickers took some time in his speech to highlight what it means for THS to make it to 100 years of graduating students.

“Truthfully, as new pages are written in the history book of Thompson High School, we couldn’t have asked for a better centennial class for the class of 2022,” Vickers said.

Class President Toni Leshae Person and the valedictorian speaker Abigail McGee both gave speeches highlighting their favorite memories from their four years at Thompson High School and praised their teachers for supporting them and helping prepare them for the future.

After the THS choir performed their rendition of “Seven Bridges Road” by The Eagles, the graduates heard from their special guest speaker, former alum of THS and everyone’s favorite weather man, James Spann.

Spann opened by saying he was going to keep his speech short and sweet, to which everyone cheered. Spann said he was going to take inspiration from Steve Job’s viral commencement speech and tell three short stories from his life that made an impact on him. The first was the story of how his first grade teacher gave him a book on meteorology when he was just six years old, encouraging his love of the weather. The second story was how Spann’s father walked out on his family when Spann was seven thus leading to Spann going to work to support his family.

“They didn’t have child labor laws back then,” Spann joked.

The third and final story was how one day when Spann was having a terrible day, he was going through the Arby’s drive-thru and when he went to pay, the Arby’s employee said, “You don’t owe anything, God loves you.”