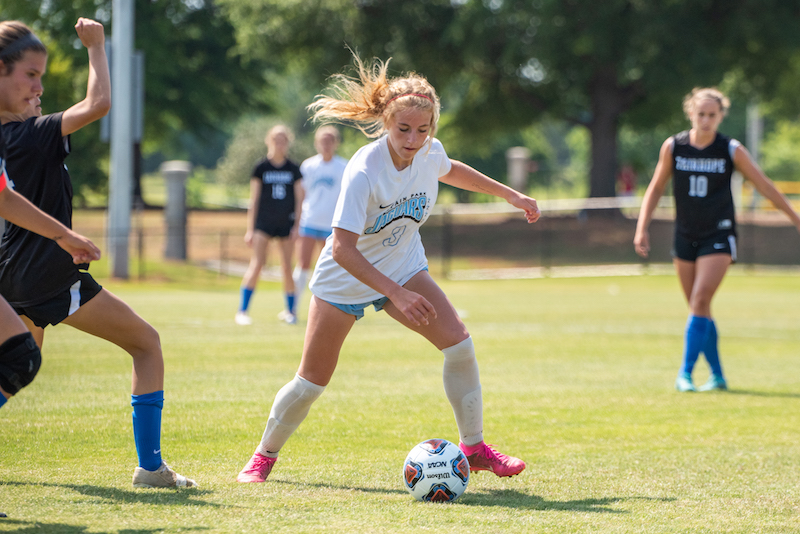 Following another remarkable high school soccer season across Shelby County, the postseason accolades have started to roll in.

Recently, the state’s 2022 All-State honors were released, awarding the top players in each classification and the state as a whole on different teams.

Voted on by the coaches, the 2022 All-State list featured a combined 40 players named to either their classification’s first or second team.

In addition to that, nine boys and 12 girls were named to the Super All-State Team featuring the top players from the state regardless of classification.

That gave Oak Mountain the most players on the Super All-State Team with four players, while Spain Park had three, including the most on the first team.

As for the boys, Indian Springs was well represented on this year’s Super All-State Team with five total players making the cut, including three on the first team and two on the second team.

Jackson Nabors, Nathan Tozzi and Sims Tosh earned a spot on the first team, while Joshua Bramblett and Gus Colvin made the second team.

In addition to those five players, the county was represented by Pelham’s Alejandro Hernandez and KJ Godwin, Briarwood’s Matthew Leib, and Oak Mountain’s Garret Murphy and Adam Alemond.

Hernandez and Leib both made the first team, while Godwin, Murphy and Alemond were each named to the second team.

Beyond the Super All-State Team, each classification also had strong representation.

In Class 7A, 13 players earned a spot on the first or second team.

For the girls, Spain Park’s Soehn, Ahlemeyer and McNulty were all named to the first team, while head coach Robert Starr was named the classification’s Coach of the Year following the Jaguars’ State Championship.

The boys were led by seven players on this year’s All-State team, including six on the first team.

Oak Mountain accounted for five of those six, as Nate Joiner, Om Shrestha, Corbitt Grundhoefer, Murphy and Alemond all made the team.

Thompson also had a first team player thanks to Josh Owens. The Warriors also had the county’s only player on the second team in Class 7A behind the effort of Caleb Suarez.

Nine total players made the Class 6A All-State boys team, including four on the first team.

As for the local 6A girls, Helena’s Washington and Riley Kate Hulsey were the two representatives on the first team following another special season from the Huskies that included an area title.

Both Indian Springs’ boys and girls were able to bring home state championships this season, and the two were well represented on the 4A-5A All-State Team.

The boys had the same five honored on the classification’s team as the Super All-State Team, as each made this year’s 4A-5A First Team.

As for the girls, not only did Roller and Honeycutt make the first team, but so too did sophomore teammate Addison Doyle.

It was also another special season for the Westminster at Oak Mountain boys and girls soccer team, and they combined for six total players on this year’s 1A-3A All-State teams.

The boys had five of those six with Webster Jackson making the first team, while Luke Richardson, Sam Eddins, Cort Lund and PJ Gaskins were all honored.

Emily White was the highlight for the girls, earning a spot on the first team following a special junior season.