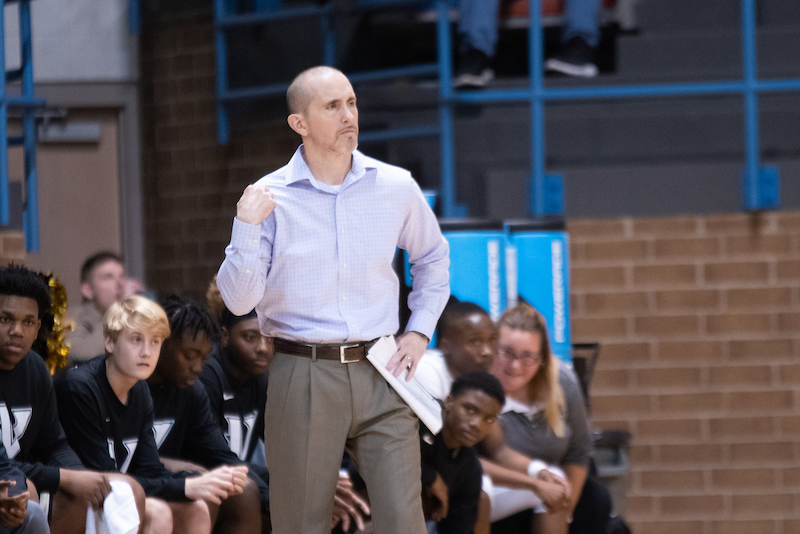 VINCENT – It doesn’t seem to matter who he is coaching or who he is around, Vincent High School head basketball coach John Hadder always finds a way to see the best in people and get the best out of people.

That is what makes him one of the best head coaches in the state, and it’s a big reason why he was recently announced as the state’s Class 2A “Making a Difference” award winner.

A coach for more than 25 years, Hadder won this year’s award for the classification after more than 40 nominations were submitted to the AHSAA by member schools and related organizations.

“The recipients in this 2022 Making a Difference class are prime examples of men and women who take their positions as role models for their students, faculty and community very seriously and have shown exceptional leadership and determination in the challenges each has faced,” said AHSAA Executive Director Alvin Briggs. “Each of these individuals has had spent their entire teaching, coaching and administrative careers making a major positive impact in their communities and schools across the state and are excellent examples for what this award stands for.”

Briggs added that the qualities considered for the prestigious award included the recipient’s character, integrity, determination and service, all of which have enabled them to have a life-changing impact on the community or school which they serve.

Hadder graduated from the University of Alabama in 1996 and immediately began his career in education, first at Buhl Elementary School and Lloyd Wood Middle School in Tuscaloosa County.

He then joined the staff at Bottenfield Middle School in Jefferson County in 2002, before making the move to Vincent in 2006.

That’s where he found home.

In a tight-knit community, he has poured the last 16 years to making a difference in the lives of his players and the community.

That has also translated to success on the court, earning a record of 275-122 as a head coach, while he has led the team to the sub-regional round of the playoffs every year—a streak that now stands at 16 years in a row.

“Coach Hadder really cares about the kids and coaches,” read a release from the AHSAA regarding his nomination. “And he is always willing to go the extra mile. He sets the example for all of us by his own actions. He holds himself to a high standard and holds his coaches to the same high standard.”

Hadder will be honored at a special awards ceremony on Friday, July 22 at the Montgomery Renaissance Hotel and Convention Center at 6 p.m.