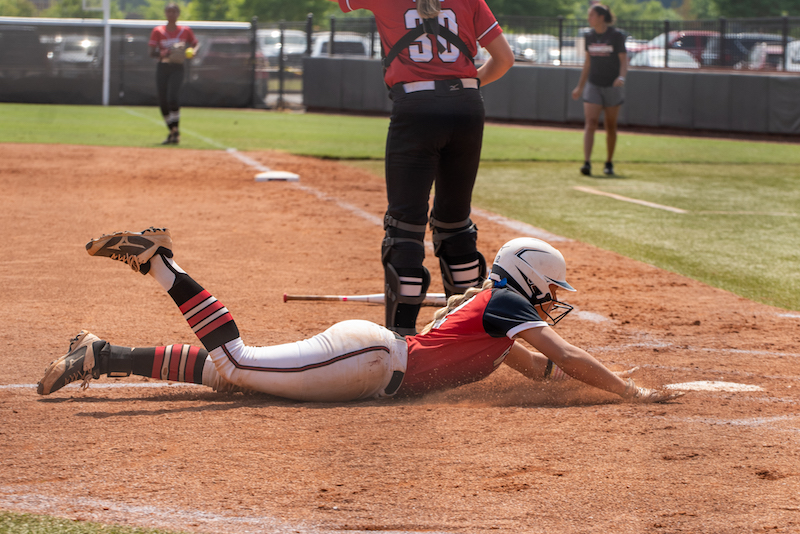 Shelby County had 19 local players named to this year’s All-State softball team, while Thompson head coach Kevin Todd was named the Class 7A Coach of the Year. (File)

Several of the county’s top athletes were recognized among the state’s best on Sunday morning, June 5, when the 2022 All-State softball team was released by the Alabama Sports Writers Association.

The ASWA All-State team honors the best players from across the state by classification each year, and this year’s team featured 19 local players from Shelby County as well as one Coach of the Year winner.

The list included six players from the county named to the first and second team in their respective classification, while an additional seven were named as honorable mention players in their classification.

The Class 7A State Champion Thompson Warriors had the most representation of any local team with six players making the 7A All-State team and head coach Kevin Todd earning recognition as the classification’s Coach of the Year.

Spain Park had four players earn a spot, while Helena had three, Calera had two, Shelby County had two, Montevallo had one and Vincent had one.

This year’s Hitter of the Year in Shelby County, Motes did exactly what you want a hitter to do—get on base. She led the county with 72 hits in the leadoff spot most of the season, while holding the sixth-best batting average in the county at .503. She led the county in runs scored at 55 and also stolen bases with 35.

Clemmons was also important to the Warriors for both her pitching and hitting. She finished with a 16-1 record this season and held a 1.33 ERA in 100 innings pitched, while she struck out 142 batters, had 11 shutouts and posted two no hitters. In addition to that, she bated .492 at the plate with 58 hits and 53 RBIs. Clemmons totaled 22 doubles, which led the county, and had four home runs and a triple with 25 runs scored.

Daniel was a clutch hitter for Spain Park this season thanks to 53 RBIs, which finished in a tie for third in the county. She also totaled 50 hits, including a county-high 14 home runs. She also finished second in the county with 16 doubles, while she scored 32 runs and held a batting average of .373.

Wesley had the third best batting average this season in the county at .570, Wesley totaled 55 RBIs to tie for the county lead and had 49 hits. She finished the year with 10 doubles and 10 home runs, which were among the best in the county as well.

DeBlock went 20-4 on the season with a 1.56 ERA. She struck out 125 batters, allowed 84 hits and posted nine shutouts with two no-hitters.

Pate tied for the county lead with 55 RBIs this season and totaled 58 hits with 10 doubles, nine home runs and three triples en route to a .453 batting average.

Hall led Calera with a .496 batting average this season and totaled 68 hits, which tied for second in the county, while totaling 15 triples, 10 doubles and six home runs.

Clark continued to be one of the county’s top power hitters this season, finishing with 11 home runs. That total was second in the county, while she also totaled 12 doubles and 44 total hits.

Williams and Tindell were big at the plate for the Warriors with Williams batting .476 and Tindell batting .512, while Hawkins was crucial for the Jags this season with 52 hits and a .391 average.

Holliday was another key for the Huskies with a batting average of .371 and 46 hits, while Douglas helped Calera reach the state tournament with a .487 average and 58 hits.

Tryon was the leader for the Bulldogs as a senior with a .478 average, while Beck finished the season with the county’s highest batting average at .583 behind 35 total hits.