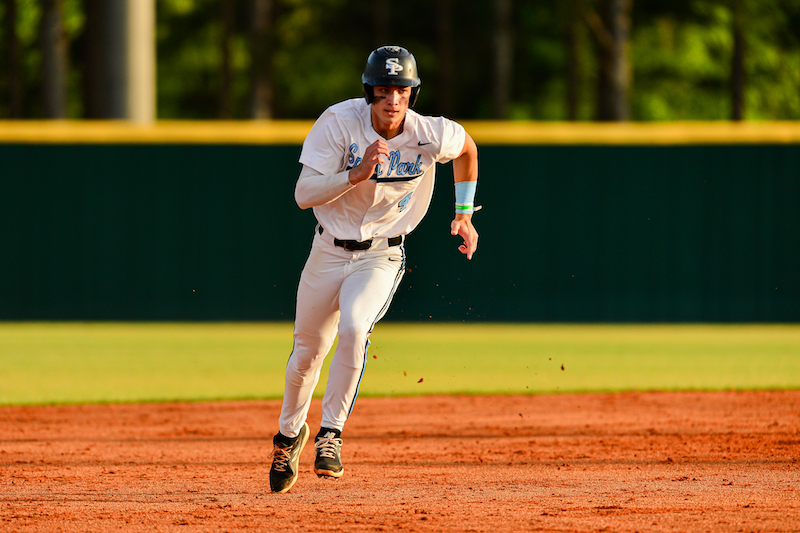 Cole Edwards was named this year’s Hitter of the Year in Shelby County after batting .421 with 45 hits and 32 RBIs against some of the best teams in the state. (File)

In a year where close to 20 players were in the running for the top postseason baseball honors in Shelby County, there were two players who displayed their importance throughout the season.

There were several who made their names known at the plate and many did the same on the mound, but Spain Park’s Cole Edwards showed he was one of the toughest outs in the state against one of the toughest schedules, while Vincent’s Aiden Poe was perhaps the most important player to his team. 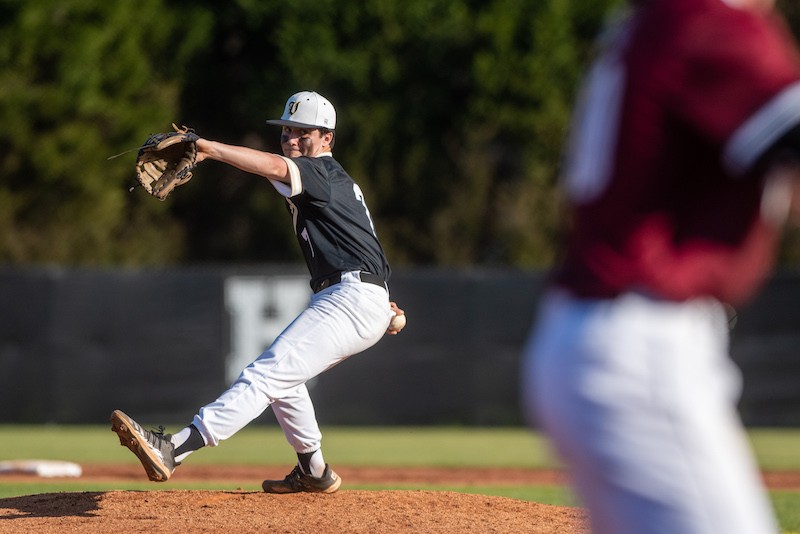 Aiden Poe earned this year’s Pitcher of the Year award after leading the county in strikeouts with 96 and posting a county-best ERA of 1.47. (File)

Edwards earned this year’s Hitter of the Year award thanks to what he was able to accomplish against some of the state’s best arms this season, while Poe has been named the Pitcher of the Year not only because of his jaw-dropping stats but because of just how important he was to his team as a freshman.

During his junior season, Edwards was the only local Class 7A player to bat at least .400, and he did it easily with a batting average of .421.

Not only that, he was one of only two players in the county to hold a batting average of greater than .400 at the 6A level of competition or higher with Brady Waugh’s average of .464 being the other.

That is impressive considering the Jaguars were in the same area as Hewitt-Trussville and Vestavia Hills, while they battled others across the state who were also considered some of the strongest teams in the state.

He finished the season with 45 total hits, including six doubles, four home runs and three triples.

Edwards fended off the likes of Waugh at Briarwood, as well as Shelby County’s Matthew Pearson and Carter Sheehan and Vincent’s Eyan Davis, Zac Carlisle and Easton Fields.

All of those players batted well above .400 this season and were at the top of every major statistical offensive category, but the competition Edwards went up against made him this year’s top hitter in Shelby County.

As for Poe, the schedule may not have been as difficult as that of a 7A or 6A team, but his importance to the Yellow Jackets was the key.

Without him, the Jackets would have still had offensive power, but they wouldn’t have had a guaranteed arm on the mound that can change the entire scope of a game.

With him pitching, the Jackets knew one or two runs could be enough most nights, which allowed them to play more loose and patient no matter who they were playing.

Not only did he finish with the county’s lowest ERA at 1.47, but he also led the county with 96 strikeouts and finished second with nine wins thanks to a 9-3 record. He allowed 16 earned runs in 76 innings pitched and put together seven shutouts with one no-hitter.

In addition to his presence on the mound, Poe also batted .340 at the plate with 36 hits, including 10 doubles and two triples. He totaled 29 RBIs and 29 runs scored.

All of those pitchers were plenty of talented to win the award this year as well, but Poe defined himself as the most important player to his team.